Cllr John Merry CBE, Chair of Key Cities and Deputy City Mayor of Salford, argues that 2020 will be a coming of age for Britain’s mid-sized cities

After what has been an eventful year for the UK economy in 2019, Britain’s mid-sized cities have plenty of reasons to be cheerful as we enter 2020.

There is no shying away from the fact that there are key issues that need to be addressed – but we must remind ourselves that the dynamism, resilience and flexibility of the UK’s mid-sized economies will enable us to face these challenges head-on.

This is precisely why the Key Cities group was formed in 2013, a cross-party organisation consisting of 23 mid-sized towns and cities in the UK. The aim of the group is to combine the expertise of Britain’s mid-sized cities and develop policy asks for Central Government to ensure that all of Britain’s towns and cities can flourish and meet the demands of the current era of industrialisation.

Britain faces a substantial housing issue, with latest figures from the National Housing Federation indicating that an estimated 8.4 million people in England are living in an unaffordable, insecure or unsuitable home. This issue is commonly referred to as a national crisis, when in reality it is best addressed at a regional level to address the issues specific to that town.

This is also true for Key Cities, where the housing picture can be vastly different across its members.

Some areas are struggling with Local Housing Allowance rates being too high, whilst others are suffering from a lack of land for housebuilding, whilst others have no land available at all.

What this does mean, however, is that Key Cities can amalgamate all of these factors and work closely with government to address these issues and deploy place-based solutions that meet the needs of all members within the network.

There are many examples across the Key Cities network that illustrate how we are dealing with issues within housing, many of which could be replicated in towns where the housing challenges are similar. One such example is Norwich’s Goldsmith Street; an award-winning council-owned development and one of the largest collection of Passivhaus homes to deliver an affordable, low energy solution for local residents.

The need for a robust skills agenda is more prominent amongst mid-sized cities than perhaps any other group. Many of the UK’s mid-sized cities have a higher share of jobs that are at threat to automation when compared with the national average.

The need to act fast on this issue is why we recently commissioned a report with NLGN, ‘Cities in Action: Workplace Automation.’ Within the report, we address the key commitments that are required from central government, such as a devolved skills agenda and all-ages careers centre, which will enable those at risk of displacement from automation to gain the skills they require.

The advanced manufacturing industry is a sub-sector area of the UK economy that will be of strategic importance in a post-Brexit environment. With many of our cities having an existing specialism in manufacturing, Britain’s mid-sized cities are well placed to deliver on the ambitions of the Industrial Strategy and place the sector on the global stage.

This is already happening amongst the group, with the launch of the International Advanced Manufacturing Park (IAMP) in Sunderland and the Manufacturing Technology Centre (Coventry) enabling Key Cities to be at the heart of the UK’s advanced manufacturing sector.

There is still more to be done at a national level to deliver the UK Government’s advanced manufacturing sector strategy, and Key Cities will continue to provide the expertise and growth to make this ambition a reality.

Primed for growth in 2020 and beyond

This is an incredibly exciting year for mid-sized cities, who hold the key for many of the challenges that the economy is facing at a national level. Collaboration will be essential in unlocking this growth – which is why we will be launching the Key Cities Manifesto for Urban Britain in the coming months. This will not only offer expertise on how Key Cities are tackling economic or societal challenges face on but will also provide a blueprint for towns and cities across the UK to follow. 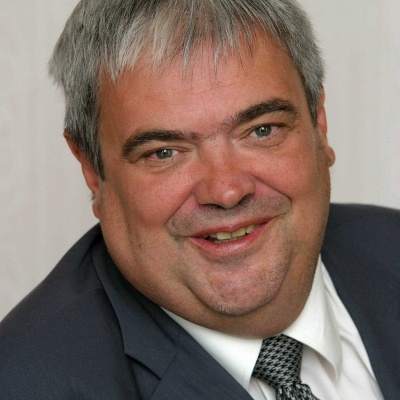