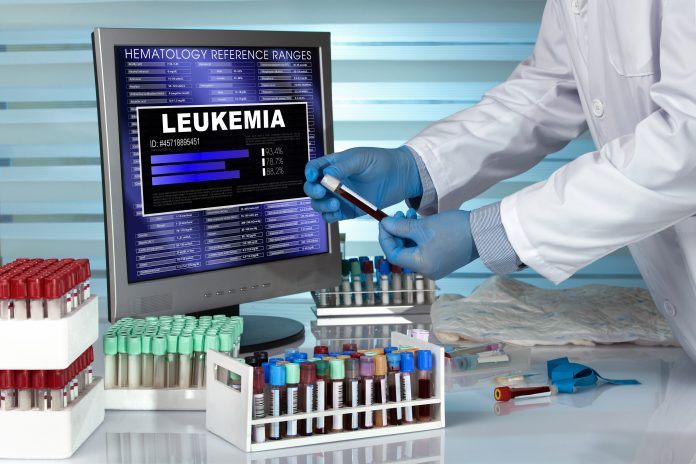 Acute myeloid leukaemia (AML), a form of blood cancer is placed into the spotlight by Open Access Government

Acute myeloid leukaemia (AML) is a form of blood cancer, which affects the white blood cells known as myeloid cells. It is a rapidly progressing form of leukaemia. Blood cells are formed in the bone marrow, which is the spongy tissue found inside the bones. Blood-forming stem cells divide to produce either more stem cells or immature cells that become mature blood cells over time.

A myeloid stem cell becomes one of three types of mature blood cells:

Acute myeloid leukaemia (AML) exists in different forms depending on which type of myeloid cell is being produced. The most important subtype is called acute promyelocytic leukaemia (APL). APL makes up about one in 10 cases of AML; it is important because it is treated very differently. A special test can detect a characteristic genetic abnormality in APL.

Acute leukaemia progresses rapidly, unless effectively treated but, especially in younger or fitter patients, it can often be cured with standard treatments.

In most cases of AML there is no obvious cause, but it is important to understand that:

The risk factors are:

Signs and symptoms of AML

Other signs and symptoms (which may only occur in some forms) include:

Although a doctor may suspect a patient has leukaemia based on signs and symptoms, it can only be diagnosed by laboratory tests. The results of a simple blood count will usually indicate leukaemia although, rarely, a blood count may be normal. Virtually all patients with AML will have bone marrow samples taken to confirm the diagnosis and to help to determine exactly what type of leukaemia a patient has. More specialised tests are often done at the same time.

If you are being treated for any type of leukaemia, you may be asked to consider taking part in a clinical trial. Clinical trials are scientific studies to find the best treatment; you can find more information on our website at www.leukaemiacare.org.uk/clinical-trials.

Virtually all patients with AML will start treatment immediately. The main exception would be if a patient is very ill with other medical problems and is not fit enough to receive treatment. Acute leukaemia is often curable with standard treatments, in younger and/or fitter patients. Older or less fit patients will usually have a good initial response to treatment, but the condition will most often come back, this is known as a relapse.

The main ways in which AML is treated are:

Chemotherapy is the use of cell-killing drugs. These kill the cancer cells and/or stop them from dividing. Chemotherapy is usually given in blocks or ‘cycles’ of treatment. One cycle of treatment will consist of a series of doses of chemotherapy followed by a break for the healthy cells to recover.

AML cells may be found in the fluid around the brain and spine (called CSF). If this is the case, then chemotherapy includes injections into this fluid. This is called intrathecal chemotherapy.

Chemotherapy is normally given as a combination of drugs. If patients with APL are given standard AML chemotherapy, there is a high risk of severe bleeding. This can be avoided by giving a drug called retinoin or retinoic acid which makes the APL cells mature and die off naturally. Sometimes an arsenic based drug is used instead, usually as a second line treatment. Retinoin and arsenic treatment are sometimes given along with standard chemotherapy.

Questions to ask your doctor about AML

We understand going through a blood cancer journey can be difficult. It may help to talk to a close friend or relative about how you are feeling. Here are some questions that may be useful to ask your doctor.