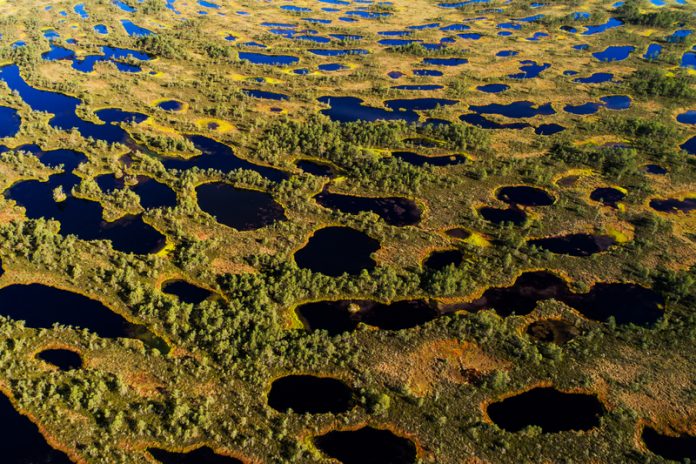 Bernd Lennartz, Haojie Liu and Franziska Tanneberger from the University of Rostock and the Greifswald Mire Centre report on the long-lasting effects of peatland drainage

In a natural state, peatlands capture and store carbon by generating a spongy organic matrix with exceptional porosity properties. Worldwide peatlands are artificially drained to allow for agricultural usage typical for dry mineral soils. While this water management may be economically beneficial on the short run, the long-lasting consequences come at high costs for nature and society. Lowering the water table and allowing oxygen to enter the soil results in a transformation of the complex organic matter into mineral components with carbon dioxide being one of the final products. The carbon mineralization along with soil shrinkage as a consequence of water removal results in a subsiding soil surface.

In a series of four contributions Bernd Lennartz, Haojie Liu and Franziska Tanneberger from the University of Rostock and the Greifswald Mire Centre, both located in northern Germany,  introduce into the peat soil degradation process (this article), the loss of regulatory functions with respect to water (ii), the often overlooked problem of the release of dissolved organic matter to water resources (iii) and finally what it takes from a technical and societal point of view to keep and improve the functioning of our remaining peatlands (iv).

A soil grown by plants

Peat is a very unique substrate among the world’s soils. In contrast to mineral soils (organic matter content in general less than 4%), peat soils may be comprised of up to 100% organic matter. Living and dying plants constitute the fundament of the carbon sequestration process. The formation, accumulation and maintenance of peat are bound to low oxygen conditions such as they prevail under water. The peat accumulation rates vary typically from 0.2 to 3 mm per year, depending on the climate zone. For the northern hemisphere, we assume that a 1 m thick peat soil reflects approximately a thousand years of peat forming processes. Peatlands may be categorized according to origin and quality of the water which enables the peat growth. If rain is the only source of water, a bog is formed while nutrient rich groundwater is typical for the establishment of a fen.

Artificial drainage of peat soils is a common practice since centuries. The lowering of the naturally high ground water table facilitates peat extraction and agriculture usage.

Peat has been extracted for various purposes such as burning, straw replacement in stables and soil additive among others. Peat may be considered as an energy source. However, in opposite to other fossil fuels such as coal and natural gas, the mining of peat goes along with the destruction of an ecosystem. The burning of peat, thus, not only contributes to global climate warming but fosters the loss of biodiversity among various ecosystem functions of peatlands. Peat extraction is still ongoing besides known adverse effects; a strong horticulture and garden peat production industry holds against endeavors from ecologists and climate scientists to safeguard our remaining peatlands. 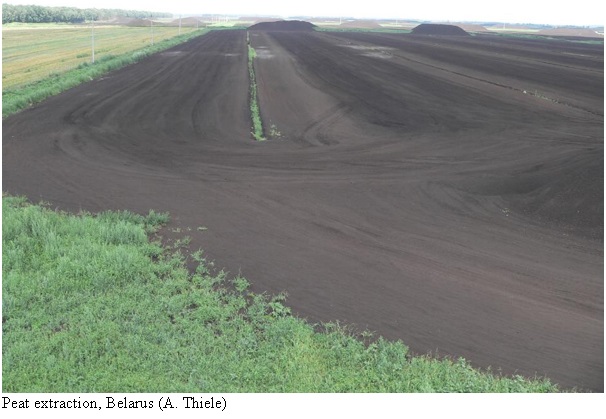 Agricultural use on peatlands has a long tradition. In some cases, the installation of drainage systems is still ongoing. The need for new agricultural land pushes the establishment of new drainage ditches forward.

The vast majority of peatlands which might have been drained centuries ago are still under continued drainage and agricultural usage. Peat soils are often used for hay production or as pasture for grazing cattle. A perennial vegetation such as grass lowers the rate of degradation processes as compared to arable land where the soil is subjected to regular ploughing and, thus, intensive aeration. However, as long as the peat soil is used for conventional production with heavy machinery, a low water table of at least 60 cm below ground is required and mineralization proceeds. On an arable site the carbon dioxide emissions might be as high as 37 ton per hectare and year while it is 29 tons/hectare*year for pasture (temperate region). 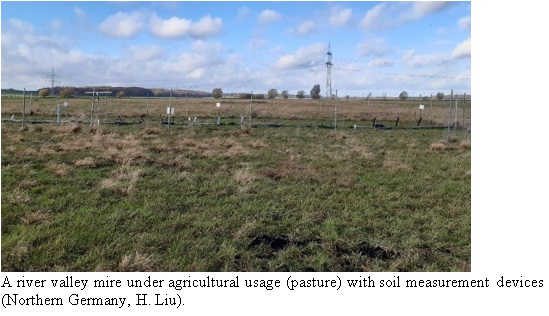 Independent of the origin of the peat, if oxygen is allowed to enter the soil, microorganism-facilitated degradation processes transform the peat into mineral components, carbon dioxide and water. It is this mineralization process which results in the emission of greenhouse gases. Carbon dioxide is the main greenhouse gas component that is released from artificially drained peatlands. Depending on the water regime, other gases such as methane and or nitrous oxide may be, likewise, relevant. Both of the latter have a much higher warming potential (greenhouse effect) than carbon dioxide but are not as long lasting in the atmosphere as carbon oxide.

It is evident that the effect peatlands might have on the climate is a question of the share peatlands have in the landscape and on their condition e.g. the prevailing water management regime. In Finland, as an example, 27 % of the land is covered by peatlands. Many other European countries have values between 10 and 20%. The federal state of Mecklenburg Western Pomerania, Germany, stretches along the 53 degree of latitude and 13% of the land’s surface are covered by peat soils of which more that 95% are artificially drained. Carbon dioxide emissions from these organic soils are the most important source of greenhouse gases and contribute one third to the overall state’s emissions.

These facts put a global discussion on how to cut greenhouse gas emissions into perspective. No matter how important decadal long coal mining exit plans and incentive schemes worth billions to raise sales of electric cars may be on a global scale, peat soils should be placed first from a regional and country-wide perspective. Raising the water table in a controlled manner at drained peatlands may have by far the greatest impact on greenhouse gas reduction in some regions. It is as simple as that and one has to wonder why so little attention is paid to peatlands in comparisons to automotive traffic and energy production when it comes to managing the climate crisis. 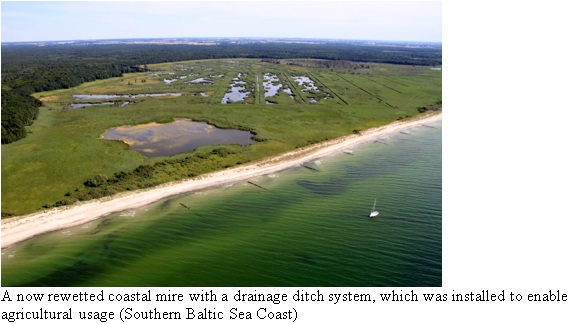 We are losing our ground

Peat soil transformation as a response to water table drawdown not only results in greenhouse gas emission but also in a drop of soil surface (subsidence). The lowering of the water table in peatland causes soil shrinkage and buoyancy loss at its upper layer, leading to peat soil compaction and consolidation. In the long term, land subsidence is dominated by carbon mineralization. The loss of carbon from the soil is continuing as long as oxygen supply is sufficient to maintain aerobic decay of organic matter e.g. as long as conventional agriculture continues. Eventually, it causes the permanent loss of peatlands. 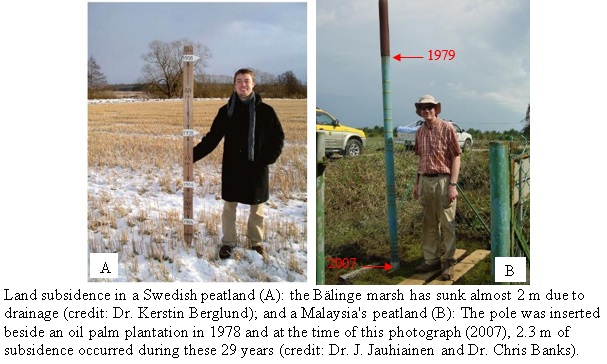 The updated changes to CCS Digital Outcomes and G-Cloud 13