Here, Researcher Nobuharu Inaba at the Civil Engineering Research Institute for Cold Region (CERI), explains why it is vital to control harmful algal bloom as sustainably as possible

Various environmental changes induced by climate change could favour the growth of harmful algal bloom (HAB). Within this context, the United Nations’ Intergovernmental Panel on Climate Change (IPCC) special report released in September 2019, directly linked climate change to HAB. Novel findings of bacteria that limit the growth of HAB species living on the surface of seagrass and macroalgae may offer a breakthrough for the global severe environmental issue.

A recent estimate of the global population in 2050 reached 9.7 billion, about an increase of two billion people worldwide in the next 30 years, according to the United Nations World Population Prospect 2019. To meet the world’s growing demands for seafood, aquaculture is expected to play a pivotal role in global food security. In fact, aquaculture operations have been rapidly expanding across the globe. On the other hand, increasing anthropogenic activities, including aquaculture, are likely to worsen the burden on aquatic ecosystems, such as eutrophication, water pollution, introducing non-native species, etc.

Harmful algal bloom (HAB) is one of the global environmental issues, and its occurrences are known to be highly influenced by human activities like excessive nutrient inputs into the aquatic environment. HAB is characterised by a proliferation of microscopic algae, which can indiscriminately kill aquatic wildlife, as well as killing and/or contaminate food resources, such as cultured fish and bivalves. In extreme cases, it even causes death for humans due to exposure to toxic seafood products. Over the past decades, the acceleration of the geographic expansion and the intensity of HABs associated with climate change have been widely reported. Various environmental changes induced by climate change could favour the growth of HAB species in multiple ways. Within this context, the United Nations’ Intergovernmental Panel on Climate Change (IPCC) special report released in September 2019 directly linked climate change to harmful algal blooms.

Biologically controlling the occurrences of HABs?

Scientists have sought preventive strategies for HAB for decades. Five broadly classified controls (mechanical, biological, chemical, genetic and environmental) have been proposed, but an approach to put into practice must be sustainable and ecologically friendly to avoid negative consequences to the environment, not involving harsh chemicals or complex separation processes. Among all the proposed controls against HAB, biological control using naturally living organisms is expected to be the most ecologically friendly promising approach, and related studies are underway worldwide.

In fact, biological control is a widely accepted and applied practice in agriculture for decades, such as protecting crops from pests, soil improvement, cleaning up polluted areas, etc. In the context of controlling HAB, bacteria that limit the growth of HAB species have been extensively studied, and numerous bacteria kill HAB species have been isolated from various aquatic environments. However, the aquatic environment is very challenging in that effective organisms added to the environment are readily diffused and/or diluted, making it much harder to express/keep the anticipated effect. 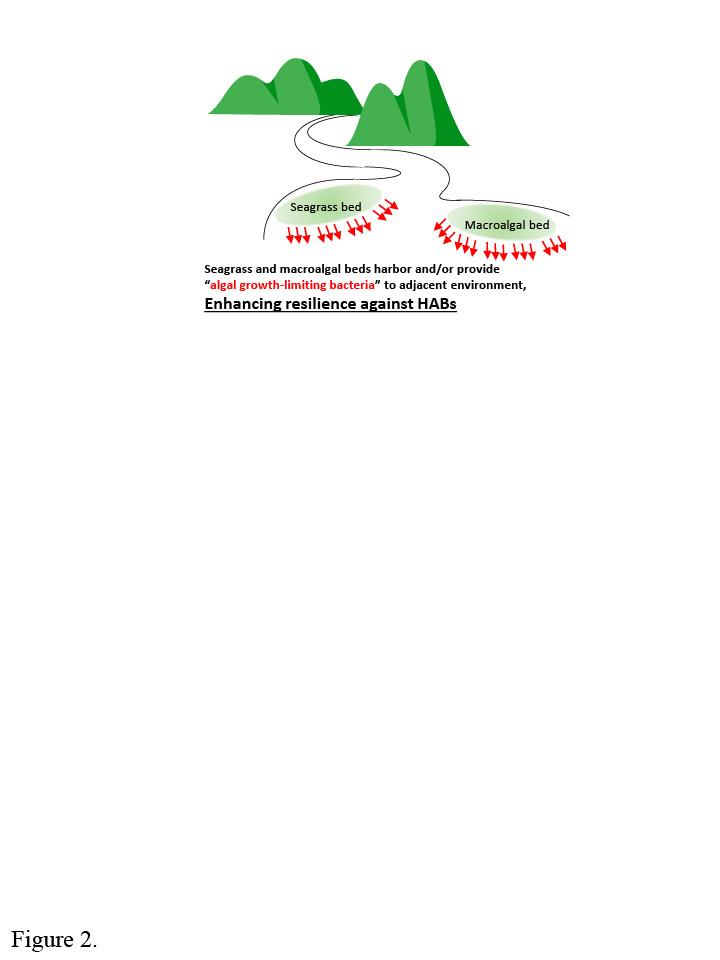 Novel findings on high-density algal growth-limiting bacteria (GLB) against HAB species living on the surface of seagrass and macroalgae may offer a breakthrough. GLBs sometimes reach a maximum density of 108 CFU (colony-forming unit) per 1 g of host organisms like seagrasses (Zostera marina and Z. japonica) and macroalgal species. GLBs are often found from surrounding seawaters of seagrass and macroalgal beds, keeping a higher GLB density compared to water bodies without those environments. The abundance of GLBs changed correspondingly with seagrass levels: high when seagrass proliferates, decrease when seagrass withered. Considerable numbers of GLBs were identified as a member of bacteria that can utilise abundant organic matter such as lignocellulosic compounds released from the beds. In addition to those facts, the destruction of artificially induced HABs within a few days by just adding seawater (natural microbial assemblages) collected at a seagrass bed in laboratory conditions may be a great example showing their capability of controlling HABs (Figure 1).

Unfortunately, anthropogenic activities such as coastal development, chemical pollution, nutrient imbalances, and poorly managed fisheries have caused seagrass and macroalgal population to drop dramatically over the past few decades. Almost one-third of its seagrass populations worldwide has been estimated to be lost since the initial estimate back in 1879. This means a vast number of vital habitats providing spawning, shelters, feeding grounds, etc., for countless marine and estuary organisms have been lost, as well as habitat for tiny bacteria potentially keeping the balance of the coastal environment from the outbreak of HABs.

On the bright side, the vigorous worldwide activities to protect, restore or introduce seagrass and macroalgal beds are underway. For instance, restoration activities of seagrass beds involving the locals in Hinase region, Okayama, Japan, successfully recovered the natural bed more than twenty times since 1985. The activities are expected to even accelerate worldwide because of the significant potential of their carbon sequestration as mitigating climate change.

Overall, those consecutive efforts of protecting, restoring, and responsibly introducing seagrass and macroalgal beds could recover and/or enhance the healthy coastal ecosystems, serving as vital habitats for numerous aquatic organisms, as well as harbouring and/or providing GLBs to adjacent environments, reinforcing resilience against HABs in a very sustainable and ecologically friendly manner (Figure 2). 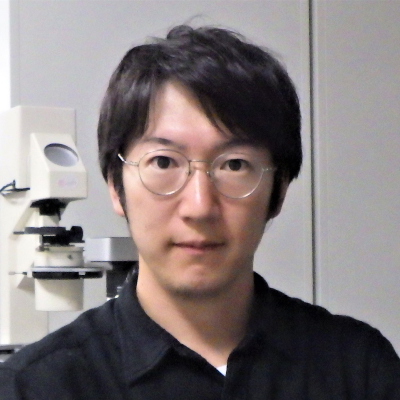