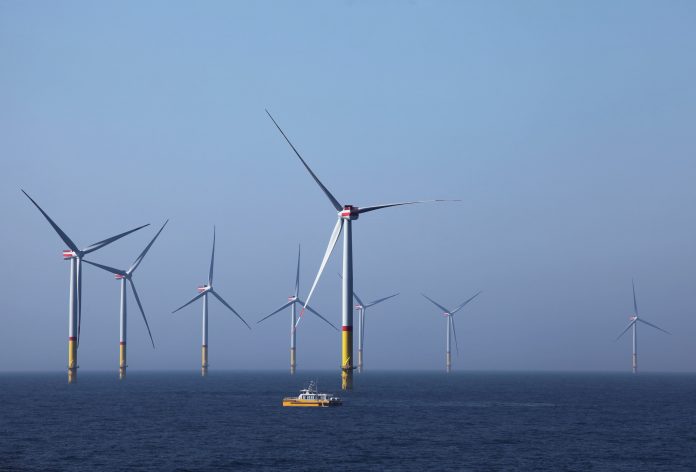 Dr Song GwoShyh from MMA Global Aqua Co. Ltd. discusses his company’s role in offshore wind farming in Taiwan and their ambitions for the future

Please could you introduce yourself and explain your role at MMA Global Aqua?

Before I was retired from National Taiwan University as an associate professor, I was acting as an executive consultant at the Global Aqua Survey Co. Ltd, a local survey company founded in 2003. In November 2022, we’ve joined with an Australian-based company, MMA Offshore Co., and right now, they own 49.9% of the share with us. This company has been changed to MMA Global Aqua Co. Ltd., and I had been elected as the chairman of this jointed venture company.

Could you tell me a bit more about offshore wind farming in Taiwan?

In 2019, Phase II began. Developers from all over the world including DONG Energy (or Orsted) from Denmark, Yushen from Singapore, Northpower from Canada, Macquarie Capital from Austria, Copenhagen Infrastructure Partners (CIP) from Denmark, WPD from Germany; some local businesses, such as Swancor Holding Co, China Steel Corp, and Asia Cement Corp. Together, they will provide 5.5GW wind power by the year 2025.

Right now, we are focussing on the Phase III offshore windfarm development in Taiwan. This phase of future block development from 2026 to 2035, with 1GW of development and 10MW wind turbines per year, will be most popular in the wind farm position of Floating Offshore Wind Turbine power (FOWT) located in remote seas.

After 2035, the wind turbines in the waters near Taiwan will reach more than a thousand, and then the 20-year period of operation and maintenance will bring new development opportunities to the industry.

Could you tell me about Global Aqua’s goals in Taiwan?

In response to Taiwan’s special environment, for underwater foundation design, geological survey, marine exploration and future official operation, the monitoring and maintenance of the operation of offshore wind farms and wind turbines are worthy of Taiwan’s sustained investment and development of soft power, but also can be implemented in Taiwan’s offshore wind power localisation field.

There is still a high degree of uncertainty about what will happen to the development of offshore wind farms in Taiwan, and the relevant technology will need to be updated, which will also be our opportunity. MMA Global Aqua has been trying to fit into the market and cooperating with MMA Offshore.

Because most of the investors are from Europe, all the proposals, documentation and communication are in English to provide wind farm survey services, so it’s tough for a local company like us to be involved in the system from the beginning. We need to learn and make this company international to meet the requirements and have technical and management people who can deal with these companies. Currently, we are one of the few survey companies who can provide various services for the international clients in Taiwan.

Do you want to do more international business?

Yes, we want to do more business on an international scale. Using a geophysical survey method, we also advise on risks of construction work and geological situations. Using geotechnical method, we have tried to build capacity in the vibracoring and the CPT (finding out the condition of the seabed).

Could you tell me more about MMA Crystal?

MMA Crystal was originally owned by the MMA Offshore and is registered in Singapore. But when we joined the venture with MMA, our purpose was to bring a vessel like Crystal into Taiwan. There is no such a big vessel to provide for Geotechnical and Geophysical survey in Taiwan such that there has been a high demand for her since she was bringing here with Taiwanese flag.

Why is offshore wind farm a rapidly growing market?

It’s a rapidly growing market because of green energy. Our government has been trying to get rid of nuclear power. However, if we use firepower, it damages the environment of the Earth because of the CO2. Therefore, our government has set out its goal to have 20% of the green power deriving from solar and wind power.

In addition, wind farming is not as effective on land because terrain is blocking it. Offshore wind farming in Taiwan is much more successful because of the strong, uninterrupted winds prevailed in the Taiwan Strait of a vast area with shallow depths such that it became a significant source of green power in Taiwan.

What has the company learned in nearly 20 years of business?

Back then, the company was tiny. This company was made up of me (a professor) and a couple of my students. When my students graduated from university, there was no ocean survey company like this for them to join, so that’s the reason we set up Global Aqua.

In the beginning, there was no offshore wind farm to be developed. We focused on internet cable and pipeline route surveys, reservoirs’ siltation investigation, and learned about reporting and marketing. After that, we opened to the market and continued fighting and learning along the way. Most importantly, we learned how to use sonar tools to investigate seabed and its underlayers professionally.

I’m glad this company is still going because it’s tough to be successful in the marine survey industry. My staff are all highly educated with Master’s degrees in marine geophysics. Most of them speak English to communicate with people from foreign countries, so we have business connections there. Step by step we are growing and will continue to grow.