Prof. Stenchikov discusses his Atmospheric and Climate Modeling Research Group and their research into better understanding of current climate changes

Saudi Arabia is one of the most water-scarce regions in the world, and one of the regions which is most sensitive to the external radiative forcing of greenhouse gases and aerosols. As a part of the global climate system, the Arabian Peninsula experience continuous changes of climate characteristics, sea-level rise, and increasing frequency of extreme events such as sand storms and flash floods. Data analysis and model simulations show that over the last 30 years, temperature over the Arabian Peninsula has been increasing almost 1 K/decade, exceeding the Northern Hemisphere mean trend. The observed changes are more pronounced in summer than in winter.

In addition to natural hazards, rapid social and economic development and urbanisation impose enormous pressure on environmental systems, water resources, agriculture, landscapes, and air quality. For example, the population of Saudi Arabia from 1960 to 2018 increased from 4 million to 34 million.  Saudi Arabia produces more than a quarter of the world’s desalinated water and uses 80% of its electricity production (equivalent to 3 million barrels of oil per day) for air-conditioning.

A better understanding of current changes and better predictions of future climate variations are enormously important for long-term planning, sustainable development, and effective use of renewable energy resources. Advanced decision-making on the regional, national, and international levels in support of sustainable development, prevention of technological disasters, and the aiding of mitigation and adaption to ongoing climate change, should be based on a solid scientific background.

Thus, the objectives of my research group are to develop this fundamental scientific basis for supporting environmental policy and adaptation and mitigation measures in Saudi Arabia.  Our research goals include calculating an improved climate forecast for the Arabian Peninsula; evaluating the effects of dust and anthropogenic aerosols on air quality and the Middle East climate; assessing wind and solar power resources; developing and evaluating models to predict the effects of regional-to-global scale catastrophic events and industrial failures to environmental systems. 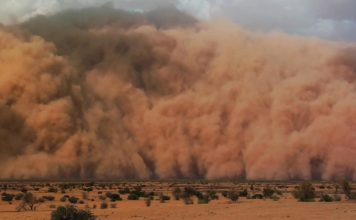