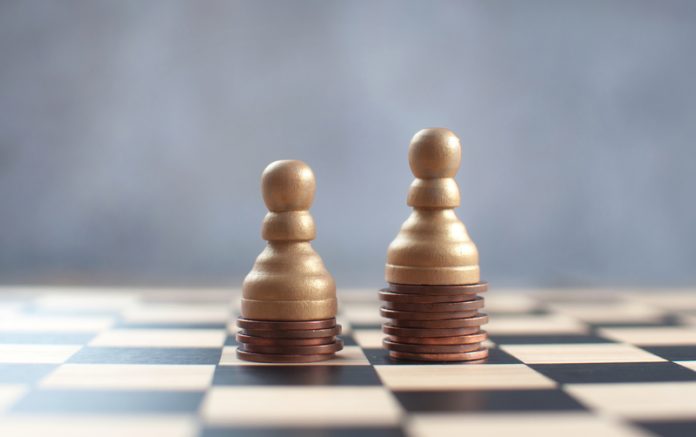 Pierre Courtioux, Research Director at the Economics Research Centre (EDHEC) probes if labour-market inequalities can be reduced by negotiating at the company level

France’s labour relations model is paradoxical, infosofar as it combines a very low level of trade union representation (union membership rates are around 8% for the whole of the economy) with a very high percentage of employees covered by industry-wide collective bargaining agreements (around 98%).

This “traditional” method of organising labour relations was actually set up at the end of the Second World War when the industry of sector (branche) was designated as the main level of negotiation.

In practice, this system let the state play a central role in restricting wage inequalities: the state fixed the minimum salary and pushed to “extend” collective bargaining agreements to companies that had not signed agreements in the industries concerned (while indirectly making wages for the industry concerned exceed the national minimum wage.)

However, company-level negotiation is no longer the poor relative in labour relations in France. A number of reforms applied since the first decade o the century have tended to decentralise social dialogue. The idea underlying these reforms is that the French model tends to maintain a high level of inequality, by creating a duality in the labour market, split between “insiders” who are largely protected by centralised bargaining agreements and “outsiders” who have difficulty in securing lasting employment.

These reforms have come with a change in the rules relating to trade union representation, which have served to strengthen the link between the votes cast in personnel-representative elections help at the company level and the representation of these votes in the agreement negotiation and signing process.

At first sight, this decentralisation might appear a great success, given the number of agreements signed each year has doubled in the space of 10 years. (1) In practice, however, the picture is more nuanced, insofar as these agreements are largely formal and stem partly from the legal obligation to negotiate.

Here again, and this is one of the traditional characteristics of the French model, the state has acted as the driving force for this change, by introducing a legal requirement for companies to negotiate, and ideally to sign agreements, on a certain number of subjects (with failure to do so being punishable with financial penalties in certain cases).

Can decentralisation of negotiations at the company level really reduce labour market inequalities in these conditions? Recent work (2) in this vein highlights three points.

First of all, the sectors “best” at company-level negotiation remain “unequal”

Research shows that certain sectors display a real company-level negotiating dynamic in all areas (wages, working conditions, gender equalities, etc). This is most apparent in certain industrial sectors (chemical and pharmaceuticals, metalworking), and in banking, insurance, culture/entertainment and communication.

These sectors are notable for high-qualified workforces and very low proportions of fixed-term or part-time contracts. Wage inequalities are the highest in these sectors, though they are fuelled by the relatively high proportion of high salaries.

Next, firms that concentrate on negotiating wages at the company level do not display lower wage inequalities

Examples of this include companies in the hotels/catering, retail, cleaning, security services and medical/social sectors. They primarily comprise of small companies employing generally low-qualified staff and for which the proportion of fixed-term or part-time contracts and the level of wage inequality remain around average.

Lastly, the absence of wage agreements does not mean a lack of progress in terms of work-related negotiations at the company level

However, wage negotiations have generally failed to come to fruition. Examples of this include the transport sector, the food and beverage industry, construction and commercial-services. Wage inequalities in these companies have remained low, notably because the bulk of the staff concerned are low-qualified.

These results show that the content and result of company-level negotiations are heavily influenced by the qualification levels of the labour force and the size of the firms in the sector. As a result, these factors are liable to accentuate inequalities in terms of wages and working conditions on the French labour market as a whole if due attention is not paid to them.