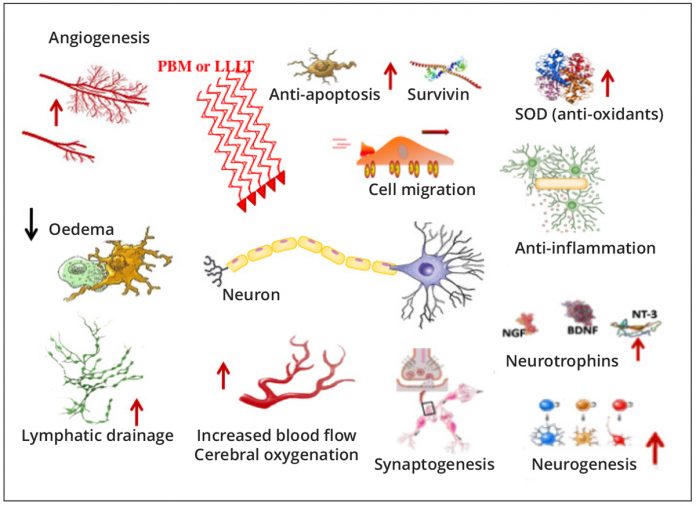 Alzheimer’s disease (AD) and other forms of dementia are rapidly becoming the scourge of the 21st Century. In the 19th Century infectious diseases were the largest killer of mankind, while in the 20th Century, cancers and heart disease ruled supreme. However, significant advances made by the pharmaceutical industry gave us antibiotics to conquer most infections, while many newer drugs are now ensuring heart disease and even cancer are less often regarded as ‘dread diseases’ and more often thought of as manageable chronic conditions. Unfortunately, the same cannot be said about AD. Commentators seem to be constantly writing about ‘the failure of the latest AD trial’, whether the trial is an antibody that targets β-amyloid peptide or amyloid plaque for removal, or for inhibitors of β-amyloid synthesis in the brain. Society is concerned about the possibility of tens of thousands of old folks packed away in care homes or institutions, and whether relatives or the state will foot the bill for their possibly lengthy care.

What if the solution to Alzheimer’s disease could be something as simple as shining a light on the head? While this extremely simple concept may initially seem to be very far-fetched, there does exist considerable evidence that it may indeed be highly effective, not just for AD and dementia, but for Parkinson’s, a range of different psychiatric disorders, and for brain damage suffered as a result of a head injury or a stroke. The idea of shining a light on the head has evolved from the approach known as ‘low-level laser therapy’ that was developed for wound healing about 50 years ago and has been used ever since for the reduction of pain and inflammation in orthopaedic conditions and injuries. Originally, red lasers (600-700 nm) were used, and then near-infrared (760-1000 nm) lasers were developed. The introduction of light-emitting diodes (LEDs) ensured that the therapy became much more accessible, since the price per mW came sharply down, and laser safety issues were no longer a concern. Photobiomodulation therapy (PBMT) then became the newly-adopted international terminology for this intervention, as lasers were no longer required, and the term ‘low-level’ was considered to be confusing.

Advances have been made in understanding the mechanisms of action of PBMT including identifying the cellular chromophores (light absorbing molecules such as cytochrome c oxidase). The downstream effects include improved cellular metabolism (more oxygen consumption and ATP), reduced oxidative stress and inflammation, upregulation of anti-apoptotic and cytoprotective factors (Figure 1). Stem cells and progenitor cells seem to be particularly responsive to PBMT, and this accounts for its remarkable ability to heal and regenerate damaged tissues. When light is shone on the head, a small but significant fraction (~2-3%) penetrates the scalp and skull to reach the surface of the brain. However because brain cells (cortical neurons) contain a lot of mitochondria, they are highly sensitive to light, compared to the skin that has evolved to tolerate sunlight with no effects. Animal experiments have shown that PBMT can not only protect the brain against injury (stroke or traumatic brain injury) but can also stimulate the brain to repair itself by encouraging neurogenesis (formation of new neurons from progenitor cells), synaptogenesis (formation of new connections between existing neurons), and upregulation of the powerful neurotrophin, called ‘brain-derived neurotrophic factor’.

A variety of devices designed to deliver light to the head are beginning to appear in the marketplace, but one of the first and most effective is known as the Vielight Neuro. The Vielight Neuro consists of 4 clusters of LEDs applied to different areas of the head, combined with an intranasal LED that is clipped inside a nostril (Figure 2). The wavelength is 810 nm and the total power is less than 100 mW. The Vielight Neuro has been designed primarily as a home-use device, and no adverse effects have been reported to date. The various LEDs have been designed to illuminate specific areas of the brain, namely the ventral medial prefrontal cortex, the dorsal medial prefrontal cortex, the posterior cingulate cortex, the precuneus, the lateral parietal cortex, and the entorhinal cortex. These areas collectively comprise what is known as the ‘default mode network (DMN)’, an intrinsic brain network that can undergo an imbalance typical of many brain disorders including Alzheimer’s disease. Margaret Naeser, an investigator at the Boston University School of Medicine and VA Boston Healthcare System, has found out that the delivery of NIR light to the scalp can have beneficial effects on brain function that can be measured by functional magnetic resonance imaging in chronic stroke patients.  This includes increased functional connectivity among the cortical nodes of the DMN, and improved language was observed. Very recent investigation by Dr. Reza Zomorrodi of the University of Toronto has shown that a single session of Vielight Neuro modulated cortical oscillation in a frequency-dependent manner in a double-blind crossover study for healthy volunteers.

A small trial of the Vielight Neuro was conducted in Toronto, Canada in patients who had been diagnosed with mild to moderate cognitive impairment due to dementia or AD. A group of 19 patients were initially randomised to receive real or sham PBMT, twice a week for 12 weeks of active treatment, followed by a 4-week period with no treatment. Most of the patients in the sham group dropped out of the trial before the end, leaving 5 patients who completed the active PBMT. These patients showed significant improvements in cognitive tests (MMSE, p < 0.003; ADAS-cog, p < 0.023) (Figure 3). The amount of improvement was 7 times larger than that found in the large clinical trial that led to approval of Aricept (a reversible acetylcholinesterase inhibitor which is a common pharmaceutical treatment for AD). Increased functional status, better sleep, fewer angry outbursts, less anxiety, and less wandering were reported post-PBMT. Cognitive declines were observed during the 4-week no-treatment follow up period, but then subjects were given a device for home use and improved for the second time. Caregivers also started to use the device themselves. It is suggested that use of PBMT may act as a ‘maintenance therapy’ for AD sufferers and could provide many more years of good quality of life. Larger trials are in progress and are designed at the present time, and data is eagerly awaited on whether the improvements in cognitive function in AD patients treated with PBMT could be widely considered as approaching an effective treatment.