Home Open Access News Energy News Can the UK be a global leader in battery storage? 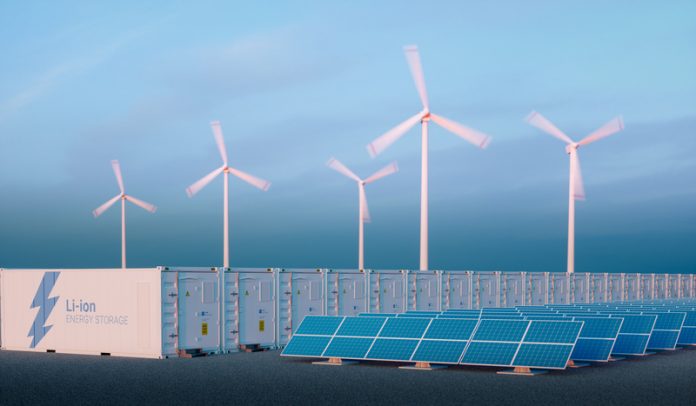 Senior market research analyst at BSRIA Ltd, Henry Lawson provides an expert perspective on the potential for battery storage in the UK today

In a speech in November 2017, the UK Energy Secretary Greg Clark set out an apparently ambitious vision of UK energy policy in general and for battery energy storage in particular. What is more, the UK’s Faraday Challenge comes with a promise of £246 million to boost expertise in battery technology.

While the UK has generally been one of the leading advocates of a greener, more sustainable energy policy over the past few decades, it has always been more ambivalent when it comes to committing significant sums of hard public cash. While just under a quarter of a billion pounds is still modest compared to the R&D budgets of some of the world’s leading corporations (Amazon alone is set to invest roughly 50 times that sum in overall R&D in 2017), it nonetheless represents an important step forward.

Battery storage matters of course because, based on current knowledge, it offers the most efficient and practical way of converting energy into a form where it can be stored safely, and in a limited space (an important factor for buildings, especially for homes) and then be available for instant use “on demand”. Given that the key renewable energies, wind and solar, are inherently irregular, this form of storage is crucial to their development.

Clark’s stated aim is no less than “to ensure that the UK is the place in the world where new battery technology especially in combination with the auto sector is not just developed but is commercialised”.

Experience suggests that individual countries can indeed emerge as leaders in innovative green technology in a way that not only helps the environment but also makes a major contribution to their economy. Denmark, for example, has emerged as a global giant in wind-power technology, helped not just by an abundance of wind – which many countries enjoy – but by leadership in the development of the requisite technology.

In 2016, over 32,000 people were employed in the Danish Wind Power industry – which would be proportionately equivalent to over 350,000 jobs in the UK. The industry also generated €5.98 billion in product exports, which equates to over €1,000 for every man, woman and child in Denmark.

Looked at today, the UK has its work cut out to become a global leader in battery storage. In a list of “43 Battery Storage Companies to Watch” compiled by cleantechnica in early 2015, only one company (RES) was headquartered in the UK and fewer than one in five were European headquartered – with Germany, perhaps not surprisingly, having the strongest European base. Two-thirds were based in North America and about one in six in Asia (that is in Japan, China or South Korea).

Bloomberg has projected that China’s share of global lithium-ion battery production will rise from an estimated 55% today, to as much 65% in 2021. The UK, like the rest of Europe, has some reason to be concerned that, with energy storage as with so many other disruptive new technologies, so much of the main action is taking place in other parts of the world, with Europe and the UK potentially side-lined to the ranks of spectators and followers.

However, two important caveats should be applied here. The first is that there is a well-established global pattern of R&D being focused in the leading developed economies (such as North America, Western Europe, Japan and South Korea) with mass production being outsourced to countries such as the BRICS economies, especially China, India and Brazil.

The second is, of course, that an economy that optimises the use of energy storage will be about much more than the design and manufacture of ever more efficient batteries, important though this is. The creation of an energy grid which can make optimal decisions about when to store energy (at national, local and community level) and from which sources will also be critical, as will be the development and implementation of building energy management solutions which can ensure that each building manages its energy, including energy storage, in an efficient way.

Efficient support for electric vehicles and their integration into the wider energy grid where practicable will be a further key plank.

The UK government’s approach, including promoting initiatives from universities, also makes a lot of sense, given that many of the world’s energy storage leaders started life as offshoots of university research programmes.

All of this may or may not propel the UK to the kind of leading role that it aspires to. It is, however, a timely and much-needed move to become more proactive in one of the technologies that will be vital in creating a safer and more sustainable future.