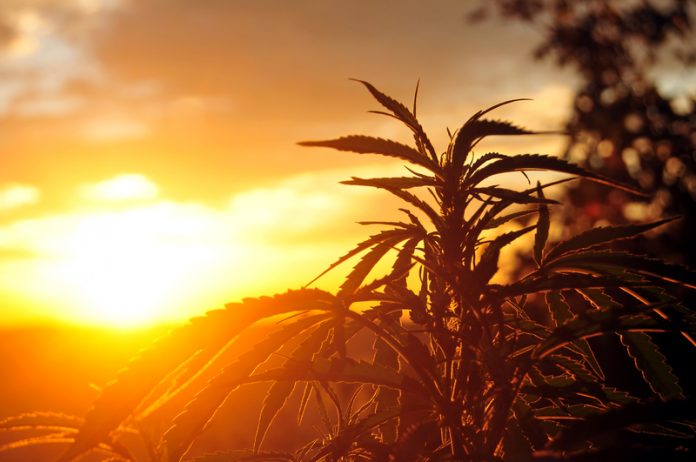 David Bearman, M.D., Executive VP of the American Academy of Cannabinoid Medicine details the research priorities for cannabis, one of the most thoroughly studied plants of all time

Cannabis is one of the most thoroughly studied plants of all time. Its documented medical use goes back to the first known material medical, the Ping Ts’ao Ching, dated by Chinese oral tradition to be written in 2637 BC. At the turn of the 19th to the 20th century, cannabis was the third most common ingredient in physician prescriptions and over-the-counter (OTC) medications, after opium and alcohol. Cannabis was in the USP (United States Pharmacopeia) from the 1850s to 1942.

In more contemporary times, there have been more than 25,000 articles printed in peer-reviewed medical journals on cannabis, cannabinoids and the endocannabinoid system, since 1995. Numerous human studies have been performed at four UC medical schools under the administration of the California Medical Cannabis Research Center at UCSD Medical School. Many human studies were done on whole plant alcohol extracted cannabis in the UK from GW Pharmaceuticals. Their tincture of cannabis product, Nabixol, is approved for use in 24 countries including Canada, the UK and the European Union.

The combination of historical medical use, modern research and clinical experience have demonstrated many of cannabis’ therapeutic effects, including analgesic, anti-inflammatory, anti-epileptic and migraine relief. Because of government interference, whole cannabis plant studies in the U.S. are few. We are however beginning to see state and private money supplanting federal government funding of medical cannabis research. Two new academic-based research centres have opened in California, one at UCI School of Medicine and another at UCLA School of Medicine. This is in addition to the Medical Cannabis Research Center at UCSD School of Medicine.

Over the past three decades, we have been moving into an ever more sophisticated understanding of both the endocannabinoid system (ECS) and the therapeutic constituents of the cannabis (aka hemp) plant. An increased focus is being placed on many of the other 113 cannabinoids found in the plant beside THC and CBD. Research is being done on THCa, CBDa, THCV, CBC, CBN, CBG and other cannabinoids. For instance, the existing research shows CBC has anti-inflammatory and anti-cancer properties.

Terpenes are the most common molecule in nature. There are more than 200 terpenes in the plant and they have got the attention of researchers. Cannabis terpenes include B Caryophylin, Pinene, Humulene, Myrcene, Linalool, Limonene and Nerolidol. Not only will more research be done on the role of these cannabinoids and terpenes, but studies have and will look at not only the THC/CBD ratios but also the therapeutic contribution of many of the other constituents of the plant, such as those mentioned above.

Allopathic physicians are experts in disease not health. Cannabis has been called a food, a vegetable and a nutraceutical. The seeds are high in Omega 3 and Omega 6 fatty acids and cannabis may decrease the risk of certain cancers. We need to study what the daily minimum dose of cannabis should be recommended.

As to looking at cannabis’ therapeutic utility for specific disease entities, we have over 4,000 years of clinical use to suggest what conditions to look at. To date, most of the modern studies have looked at the low hanging fruit; treating nausea, epilepsy, pain and for appetite stimulation. A ground-breaking study on cannabis for post-traumatic stress disorder (PTSD) is being carried out in Arizona right now with 76 military veterans by Dr Susan Sisely. With 22 American military veterans committing suicide each day and the VA ignoring the potential benefit of cannabis for treating PTSD, this is an enormously important study.

Another related area is ADD (attention deficit disorder) /ADHD (attention deficit hyperactivity disorder). ADD/ADHD often has a genetic component however it can also be a co-morbid condition with PTSD. There have been well over 75 studies done on cannabis and cannabinoids for the treatment of the symptoms of ADD/ADHD. Prominent researchers, such as Dr Danielle Piomelli at UC Irvine have done ground-breaking work on the benefits of cannabis and cannabinoids for treating this condition and more work continues.

The most important question to answer is, does cannabis cure cancer? Donald Abrams, MD, oncologist and professor at UCSF School of Medicine, has said that there is more than enough basic scientific evidence and anecdotal reports to justify doing double-blind studies to see if cannabis cures cancer. The first such human study was completed last year in the UK on glioblastoma (GBM). With a very low dose of a whole cannabis plant alcohol extract (25 mg. THC, 25 mg. CBD administered three times a day), the study documented a 40% increase in lifespan from diagnosis to death for those receiving conventional treatment plus tincture of cannabis as opposed to conventional treatment alone (330 days compared to 510 days). Clearly, more studies with higher doses of THC and CBD need to be done not only on glioblastoma but also on multiple types of cancer.

Researchers and clinicians are still trying to determine what the appropriate dose of THC and CBD is, as well as what role, if any, other plant constituents play in treating the many medical conditions that respond favourably to cannabis. With the federal government sitting on their hands, it is important for state governments and private interests to fund cannabis research that could prove to be critical to potentially life-extending discoveries.

Lastly, we need another article to cover the studies required to learn more about the ECS. As a clinician, I leave that article to basic science researchers. The ECS plays a key role in neuromodulation and homeostasis. Because of the ECS’s impact on most organ systems, there are an enormous number of disease types which are ripe for more research on cannabis’ therapeutic value. These conditions include but are not limited to, neurodegenerative disease, autism spectrum disorder, bipolar disorder, autoimmune diseases, connective tissue disorders, gastrointestinal disorders, as well as the well-known conditions of migraine treatment, seizure disorder, analgesia PTSD, ADD/ADHD and cancer. A better understanding of the ECS is giving us new insight into the functioning of the human brain and immune system. I invite state, federal and private resources to help us better understand the human body to develop better, more effective prevention and treatment of disease.