Prediabetes occurs when blood sugar levels are higher than normal and can result in type 2 diabetes. It is estimated that nearly 90 million people in the United States suffer from the disease.

A new study, published in the Journal of the Endocrine Society, has found that cinnamon improves blood sugar control in people with prediabetes and could, therefore, slow the progression of type 2 diabetes.

The study’s corresponding author, Giulio R. Romeo, M.D., of Joslin Diabetes Center in Boston, Mass, said: “Our 12-week study showed beneficial effects of adding cinnamon to the diet on keeping blood sugar levels stable in participants with prediabetes. These findings provide the rationale for longer and larger studies to address if cinnamon can reduce the risk of developing type 2 diabetes over time.”

The clinical trial investigated the effects of cinnamon supplementation in 51 participants with prediabetes who were given a 500 mg cinnamon capsule or placebo three times a day for 12 weeks.

The result showed that the cinnamon supplements lowered abnormal fasting glucose levels and improved the body’s response to eating a meal with carbohydrates. None of the participant’s suffered from any specific side effects.

The study was supported by the Ministry of Health and Welfare in South Korea.

The manuscript, “Influence of Cinnamon on Glycemic Control in Subjects with Prediabetes: A Randomized Controlled Trial,” was published online. 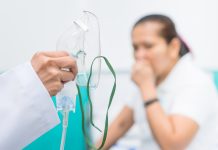 Key to faster diagnosis for lung conditions in the NHS