Mental health affects us all, in every aspect of our lives. It influences our relationships, how we work, where we live, and even our basic human rights. Positive mental health today is gaining a greater spotlight. It becomes a more high-profile issue for both policymakers, employers and the general public. Despite this, Europe remains dependent on outdated practices in mental health care. Institutionalisation, excessive medicalisation and coercion1 are still used against people with mental health problems throughout Europe, from West to East.

Recent figures show the growing use of involuntary measures in mental health in the UK, Belgium, France and the Netherlands. In England, for example, the rate of involuntary psychiatric hospital admission has increased by more than a third in the past six years.

Informed consent to medical treatment is at the centre of good quality healthcare. Non-consensual practices challenge this presumption. Involuntary “treatments” such as forced medication or forced electroshock can be particularly traumatic when administered against people’s will. They also raise ethical issues due to the evidence of potentially irreversible health damage. Coercion is often the reason why people with mental- ill-health avoid or delay contact with the healthcare system. Fear of losing their dignity and autonomy results in further negative health outcomes. Life-threatening distress and crises situations lead to even more coercion, and the vicious cycle repeats.

The notion of risk of self-harm or harm to others has been a justification for involuntary measures in many European countries. However, there is no empirical evidence that coercion helps people who are potentially dangerous to themselves or others. There is no association between mental health conditions and violence neither. Instead, personal testimonies collected in Mental Health Europe’s Mapping Exclusion report document overwhelmingly negative experiences of involuntary placement and treatment: trauma, fear and pain from the use of physical restraint, involuntary hospitalisation, pressure to sign consent forms for admission or treatment, absence of information and social isolation to name a few.

So how can Europe abandon unacceptable and outdated coercive practices? And what’s needed to achieve the transition towards alternatives that respect human rights?

Mental health systems across Europe should be reformed to adopt a human rights-based approach, which is compatible with the United Nations Convention on the Rights of Persons with Disabilities (UN CRPD) and respectful of medical ethics. The UN CRPD, ratified by all the European Union (EU) Member States and the EU itself, calls for a paradigm shift: mental health services should be centred around people and their recovery.

It shows a commitment to human rights in mental healthcare from one of the most prominent international human rights organisations in the European region. What particularly encourages us is the CoE Parliamentary Assembly (PACE) recommendation to the Member States to start the abolition of coercive practices.

As part of the same debate, in June 2019, PACE also recommended the Council’s Committee on Bioethics (DH-BIO) to shift efforts away from working on an Additional Protocol to the Convention on Human Rights and Biomedicine, also known as the Oviedo Convention. The Protocol regulates ‘involuntary placement and treatment of persons with mental disorders.’ Mental Health Europe and other European organisations representing people with lived experience, along with United Nations experts and internal bodies of the Council, have strongly opposed the DH-BIO’s work on the Additional Protocol and urged to withdraw the draft. The Additional Protocol is considered to be out of step with the UNCRPD. It solidifies rather than reduces institutionalisation and forced treatment of persons with psychosocial disabilities. There is nothing but hope that the ongoing negotiations on the Additional Protocol to the Oviedo Convention will stop after PACE’s rallying call. PACE encourages DH-BIO to focus on promoting voluntary measures instead. Drafting Guidelines on ending coercion in mental health, for example, could help States better implement their legal obligations regarding the rights of people with disabilities.

Holistic mental health systems are crucial to truly eliminating coercion. It is not about changing individual practices but about implementing a new culture. Mental health services in the community should reflect international standards that protect human rights and dignity of persons with psychosocial disabilities. Their provision must have a positive impact on people’s health and recovery. Only the elimination of coercion can ensure this systemic change. A combination of both grass-root work and overarching strategies seems the best way forward to end coercion in practice. 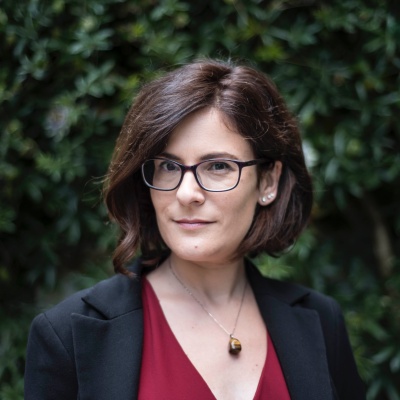