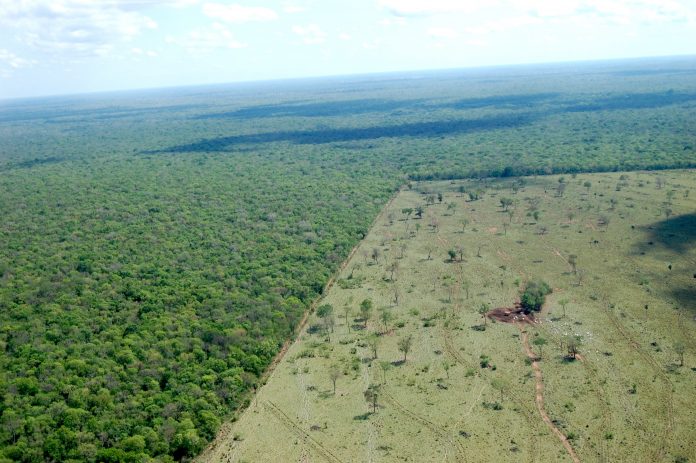 Periods of political conflict and peace in Colombia have been shown to lessen and increase deforestation, due to fluctuations in agricultural practices

Cattle ranching in the Amazon and coca farming in the Andes are the main drivers of forest loss across Colombia. New research finds that agricultural practices which cause deforestation change during periods of peace and conflict.

The consequences of peace and armed conflict for deforestation depend on the location, but overall, deforestation is lower when the country is in conflict.

Deforestation is harmful to the economy and ecosystems, as well as a main driver of climate change. As Colombia has been in internal conflict since 1964 to 2016, this has complicated conservation strategies.

Researchers aim to use this new information to help make conservation efforts more effective by taking into account the land use, politics and socioeconomics on a local level.

Half a century of internal conflict

Published in Frontiers in Environmental Science, this study combined regional datasets from 2001-2018 to establish the correlations between deforestation, conflict events, displaced people, the size of municipalities, coca crops, number of cattle and cattle farms – based on the most recent peace agreement.

Other research has highlighted that peace times can correlate with more deforestation, but the specific driving forces and impacts are not fully comprehensible.

Co-author Raphael Ganzenmüller, of the International Center for Tropical Agriculture (CIAT) said: “There are other studies that show increased pressure on forests after peace agreements, but our results show that it’s very hard to generalise deforestation in the context of conflict.

“There are various drivers at the local scale that have different effects, so it’s very important to look locally and to see the history and actors.”

Co-author Janelle M Sylvester added: “It’s really difficult to encompass all of the variables that could be driving different deforestation dynamics.

“The approach that we took uses the best available data, and we hope that this research can provide critical insights into designing proposals to help curb deforestation.”

The results of the study indicated that there is a strong trend towards more forest loss after the peace agreement, mostly due to increased numbers of coca farms and cattle. This deforestation was decreased during conflict periods, due to less agricultural practices.

However, the main causes of this were not clear, and changed significantly depending on the municipality area and region. This can be seen with the cattle – as the leading predictor in the Amazon – whereas coca cultivation was more dominant in the Andes.

Corresponding author Dr Augusto Castro-Nunez, finalised: “What we can conclude is that there’s not one perfect solution that you can generalise for the whole of Colombia.

“We have an overall idea of the dynamics at play and next we need to break it down and confirm that this is really happening on the ground by surveying farmers and understanding local motivations.

“Then we need to provide farmers and those affected with policies and incentives that take into account their livelihoods as well as conservation.”

The authors next move is to continue analysing the historical data in more detail in the future.