TJ Higgins is an Honorary Fellow at CSIRO Agriculture and Food. His research focus is the application of gene technology for plant improvement

He is particularly interested in protecting food legumes from insect pests and enhancing photosynthesis in cowpeas for increased grain yield for food uses. Most of his current work is aimed at increasing food security in Africa and South Asia. His earlier work was on the biochemistry and molecular biology of legume seed proteins and their sulfur-containing amino acids.

Originally from Ireland, Higgins’ first degrees were in agricultural science from the National University of Ireland. He gained a PhD from the University of California, Davis and moved to Australia as a Post-doctoral Fellow at the Australian National University. Shortly after, he joined CSIRO Plant Industry, from which he retired as a Chief Research Scientist and Deputy Chief. More details are here https://people.csiro.au/H/T/Tj-Higgins 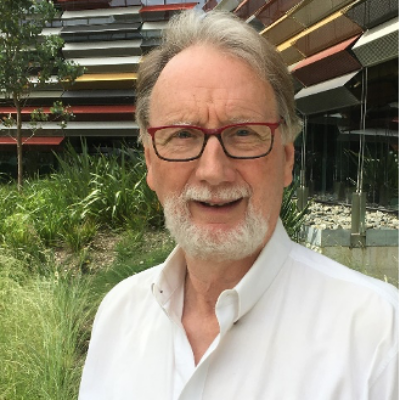