As the UK celebrates its first ever ‘Purple Tuesday’ highlighting the huge potential of disabled consumers’ £249bn spending power, new figures show more than half of disabled people are now in work, outnumbering those who are workless.

In a further boost to the economy and consumer spending, wage growth outpaced inflation for the eighth month in a row, rising 0.9% in real terms (against CPIHinflation). Regular pay before inflation grew at its fastest in almost a decade, 3.2%. 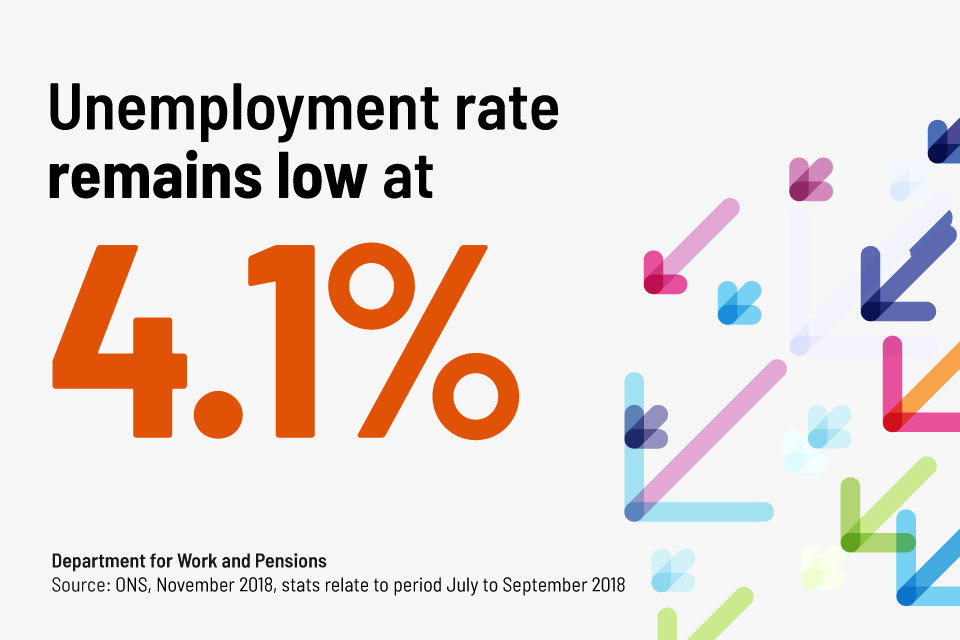 The latest figures from the Office for National Statistics also revealed the employment rate remains high, at 75.5%, with a record number of people in employment – and over 3.3 million more people in work since 2010.

Work and Pensions Secretary Esther McVey said: “As we celebrate the anniversary of Disability Confident, we can see seismic shifts in opportunities for disabled people, with 973,000 more in work since 2013.

“Since 2010, employment has risen and unemployment has fallen in every single region of the UK. And with an average of 1,000 people moving into work each and every day, and three quarters of all new jobs in permanent, full time and high skilled roles, this shows our welfare reforms are working and delivering for people across the country.”

Employment Minister Alok Sharma said: “Once again, the benefits of a strong jobs market are paying off, with the eighth month of real-terms wage growth for UK workers and the highest regular pay growth in almost a decade.

“With more people now in work than ever before and unemployment almost halving since 2010, we are delivering an economy that gives people the opportunity of a better future.

“And it’s worth noting that of the over 3.3 million jobs created in the British economy since 2010, three quarters are permanent, full time and in higher level occupations.”

The government is helping even more people benefit from a well-paid job by: