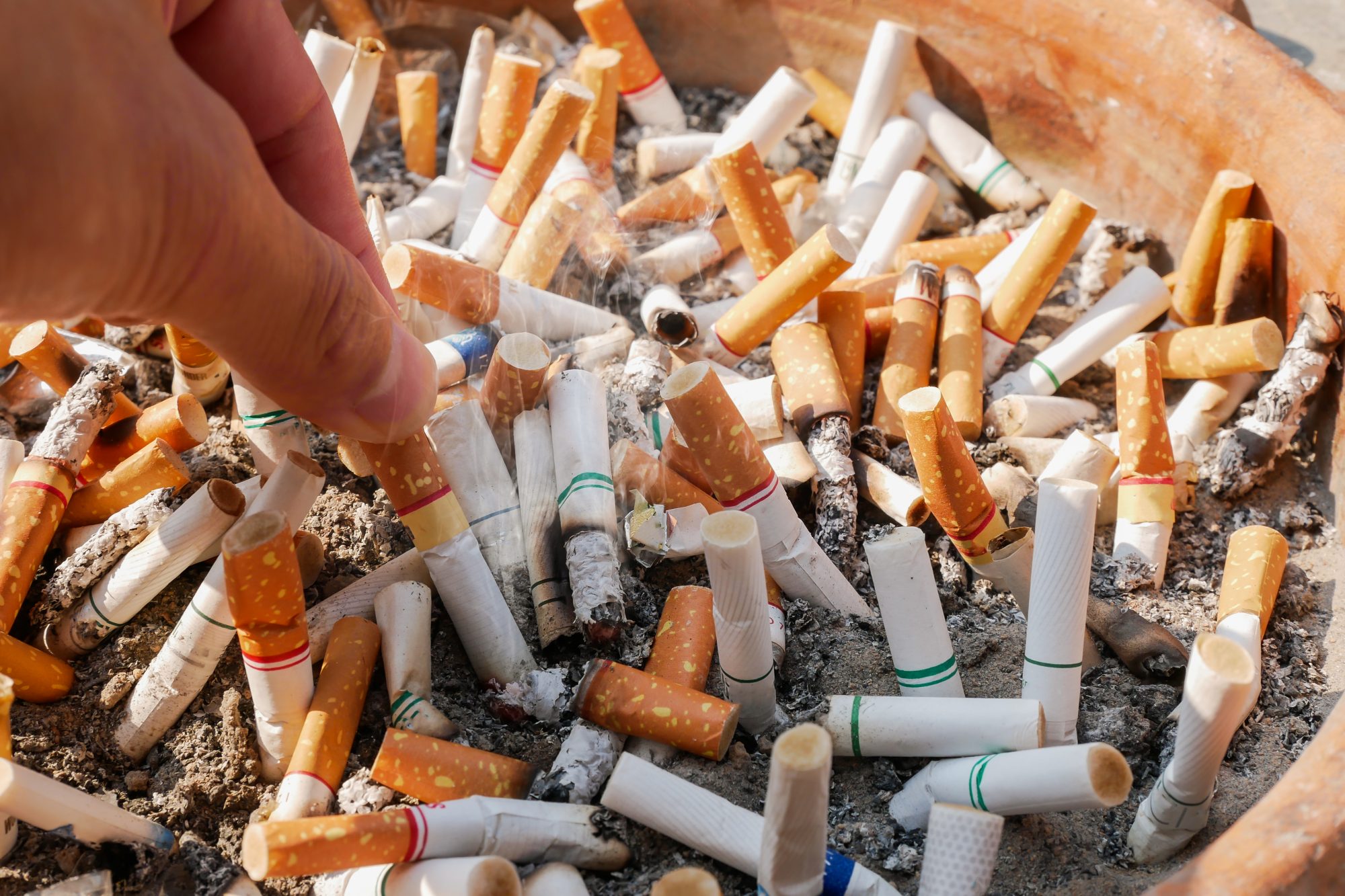 It is universally accepted that smoking has a negative impact on our health, but do we recognise the damage it is doing to our planet?

Despite smoking rates being at their lowest recorded level, cleaning up illegally littered cigarette butts currently costs UK authorities approximately £40 million per year. If the average smoker failed to correctly dispose of their cigarette butts, they would each litter 3,600 cigarette butts per year – a problem that our local authorities are left to deal with, with a lack of enforcement to deter criminal offences.

Smoking-related litter must be addressed

It is clear that smoking-related litter is a problem in the UK that must be addressed.

It is important that the general public acknowledge the impact of littering as a whole, and understand that it is a criminal offence in the eyes of the law.

Research carried out by Keep Britain Tidy revealed that smoking-related litter is the most prevalent form of litter in England, accounting for 68% of all littered items, found on around 80% of surveyed sites.

The Litter Strategy for England states that the most effective way to tackle smoking-related litter is ultimately to reduce the prevalence of smoking in the first place. The UK Government is committed to addressing the harms from smoking, with imminent plans to publish new tobacco control plans and deliver its ambition of a smoke-free country by 2030 – but can more be done now?

Whilst taking steps to educate the public about the dangers of smoking and encouraging leaders within the tobacco industry to play their part may be a step in the right direction, enforcement of the law remains crucial to deter negative behaviour and environmental crime within our communities.

The vast majority of cigarette butts are made of single-use plastic and contain hundreds of toxic chemicals once smoked, and such materials can persist in the environment for a number of years, continuing to release toxins into the air, land and water – not only causing visual pollution, but also harming plant growth and wildlife.

Action must be taken to prevent littering from taking place, to protect our greenspaces and urban areas, by holding the correct people to account and encouraging better behaviour moving forward.

Across communities there is a clear need for an effective and consistent process of both education and enforcement. This needs to be delivered in an ethical and cost neutral way, to lift the financial burden and ease the pressure on local authorities, as the problem will surely worsen if the issue remains overlooked.

Sanctions to deter public from littering

Without question, bigger steps need to be taken to educate the general public on the damage that dropping cigarette butts can cause, and why this act is problematic and legally unacceptable.

For those who do not make positive changes to their habits and behaviour following education and guidance, a suitable level of sanction should be required. Criminal culpability here is a proven deterrent to littering, with the use of Fixed Penalty Notices (FPNs) as a disposal for these types of offences, allowing for the law to be enforced without escalating the matter to the courts.

Smoking-related litter is a widespread problem, due to the bad behaviour of a few.

But, why is there a lack of action or enforcement as a preventative measure for the littering that is taking place, especially when these services can be run cost-neutral by local authorities, who have the responsibility for managing this societal issue?

Limiting and preventing the number of people smoking is, of course, a long-term solution.

However, it is necessary for action to be taken against the littering and antisocial behaviours associated with this now, in order to clean up our communities and our planet.