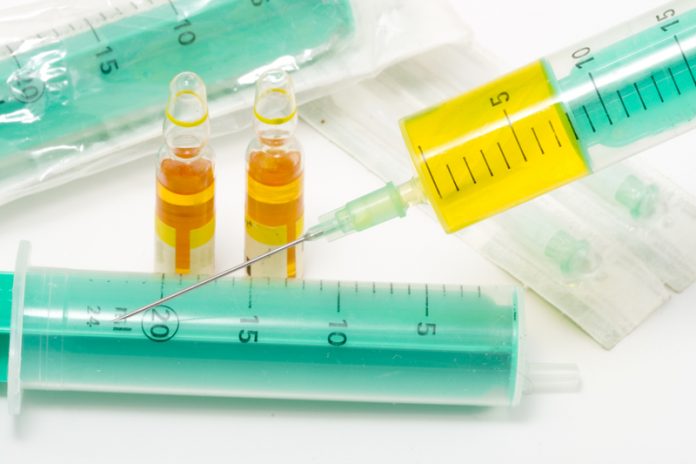 A survey of 2,000 Brits revealed 91% are certain they have been immunised in the past – but 55% are unsure of the diseases and conditions they are vaccinated against

Almost half surveyed don’t know whether there are currently any jabs available to them without a cost, despite the UK having a national immunisation programme in which vaccines are offered free on the NHS.

It also emerged one in 10 don’t think they’ve ever had a vaccine – or don’t know whether they have. Another 45% of those surveyed have never consulted their doctor or nurse to see if they have had all of their free vaccinations. And 79% admit they should know more about their vaccination history and what they have been safeguarded against.

Of the parents surveyed, only one in four were certain their child was up to date on their vaccinations and 13% didn’t know.

“We encourage everyone to take up the offer of the vaccines included in the immunisation schedule.”

The MRF is concerned by the apparent low awareness of vaccines, particularly as a catch-up vaccination programme with the new MenACWY meningitis vaccine for teens and young adults has seen worryingly low uptake (around 40%).

To ensure protection from life-threatening illness, it’s vital that people remain up to date with their vaccines. Free vaccines are available not only to babies but at several stages throughout life, such as at school, in adolescence and as we age.

Despite a national vaccination programme that aims to protect all young people against a particularly deadly type of meningitis – meningococcal W meningitis and septicaemia (MenW), 76% of18-25-year-olds surveyed were unaware of the disease.

Only 22 % of people surveyed by OnePoll.com know that teenagers are the age group most likely to carry and spread the meningococcal (meningitis causing) bacteria.

Vinny added: “The MenACWY vaccination programme was introduced for teenagers in 2015 to stop a rapid rise in cases of MenW. We know that over a million teenagers and young adults have not yet got their free vaccine from their GP meaning they are unprotected against the deadly strain.

“This new research shows that a lack of awareness is likely to be a major reason for the low uptake. Teenagers and young adults are the age group that most commonly carry meningococcal bacteria in their nose and throat and they can spread it to others.

“By vaccinating teenagers, this will not only directly protect them against four types of meningitis and septicaemia, Men A, C, W and Y, it will also stop the bacteria spreading, which over time will offer protection for the whole population.

“The vaccine has proven highly effective at preventing disease in the age group eligible for the vaccine, but we’re not seeing cases of MenW reduce as quickly as we’d like in the other age groups yet and this could be because so many young people have not yet got their vaccine.

“We’re encouraging everyone to check their eligibility and book an appointment with their GP for the MenACWY vaccine, to protect themselves and to protect everyone.”

Check your eligibility at www.meningitis.org/oneshot