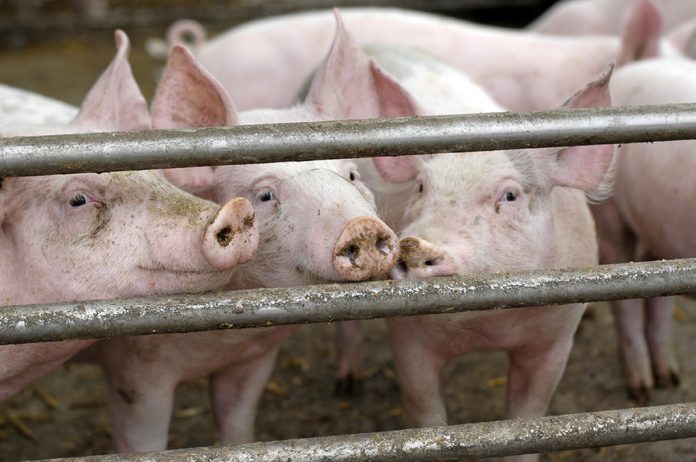 Foods are produced by living organisms which, in order to deliver sufficient and wholesome products, need to thrive in a healthy environment. This is one basic assumption of the European White Paper on Food Safety, issued in 2000, that sets the conceptual bases for a food safety strategy “from farm to fork”. Hence, the safety and quality of vegetable foods largely depend on the characteristics of water, soil and fertilisers; the safety and quality of foods of animal origin, in its turn, largely depends on those of feeding stuffs.

A pillar of animal husbandry, feed, or specific feed ingredients, can be also a risk factor as well as a vehicle of contaminants posing hazards to animal health and to consumer safety. Once again, endocrine disrupting chemicals (EDC) deserve a special attention because of multi-faceted potentials for exposure, pleiotropic effects and scientific uncertainties making it difficult to establish “safe” levels.

The risks associated to EDC in feeds present different scenarios. In some cases, EDC pose serious hazards to animal health and productivity, without posing significant concerns to consumer’ health. A major example is zearalenone, a mycotoxin (i.e., a toxic by-product of microscopic moulds) contaminating grains. Zearalenone is a potent oestrogen-active ED which, even at low concentrations can jeopardise the reproductive capacity of a herd; pigs are especially sensitive. However, a significant hazard for animal health, zearalenone does not bio-accumulate and is readily metabolised; thus, foods of animal origin are just a minor source of zearalenone residues.

In some cases, endocrine-active chemicals have positive effects on animal health, but usage levels must consider the carry-over to consumers. A telling example is the supplementation with iodine of feeding stuffs. Iodine is essential for thyroid function, a key component of the endocrine network; yet, an excessive assumption can hyper-stimulate and damage thyroid. Iodine is not deposited in tissues to any large extent, but is actively excreted in milk and, to a lesser extent, in eggs. Accordingly, in 2005 the European Food Safety Authority (EFSA) recommended the reduction of the maximum iodine levels authorised in feeds, upon the assessment of carry-over in milk and eggs and of the potential exposure of consumers to excess iodine levels. In the meanwhile, EFSA assessed that the proposed reduction would not adversely affect animal nutrition. Upon some debate (indeed, risk managers were somewhat taken apart by an essential nutrient raising concern), the EFSA recommendation was accepted by the European Union.

The major and most evident aspect of ED presence in feeds is the environment-feed-food chain; under this respect, the EDC of top concern are those able to persist in the environment and to bio-accumulate as lipophylic compounds: dioxins and related compounds, non-dioxin-like PCB, PBDE and other brominated flame retardants, chlorinated insecticides (DDT, hexachlorobenzene, etc.). A further addition to this list are the non-lipophylic but highly persistent perfluorinated chemicals, PFOS and PFOA, albeit the patterns of feed-food contamination have still to be characterised.

Persistent and bio-accumulating EDC are ubiquitous in feeds, but general two scenarios are highly liable to exposure. First, feeds or feed ingredients of animal origin. Following the bovine spongiform encephalopathy crisis, the use of feeds of animal origin in animal production is mostly limited to aquaculture. Conventional feeds for farmed fish are largely made with fats and proteins from small fishes or marine organisms: the highly-prized salmonids (salmon, trout, etc.) are particularly high-consumers of feeds of animal origin. In practice, aquaculture feeds reproduce the “big fish eats small fish” bioaccumulation chain of wildlife ecosystems. The levels of EDC in fatty fishes and/or large fishes have created serious concerns for consumer health, in particular for the protection of the next generation, as well as jeopardizing the nutritional value of fish food. A workable solution, which was increasingly adopted in the last years, is the use of feed ingredients of vegetable origin which are definitely less liable to bioaccumulation.

The other critical scenario is when feed ingredients are highly exposed to environmental emissions: these include pastures or feeding plants harvested in polluted areas. Emission sources may be most various: fall-out from industrial or combustion processes (typical of dioxins), illicit burial of toxic waste eventually being taken by the roots of pasture plants, or contaminated water or fertilizers being spread on vegetables intended to be used as feeds. The animals most critical for consumers exposure are dairy ruminants (not just cattle, but also goats and ewes, important dairy species in Southern Europe; also water buffaloes can be locally important and should not be overlooked). Dairy ruminants live much longer than meat-producing animals, thus have more time to bio-accumulate, and use excretion in milk to reduce the body burden of lipophyllic EDC. Laying hens kept on ground and allowed to forage on ground, are also definitely more exposed to pollutants than other poultry. In order to manage environmental exposures in dairy animals kept on pastures, it is important to use animal biomonitoring in order to have early and timely flags that allow actions to be taken. For example the Italian project ALERT investigates the use of a patent developed by the Istituto Superiore di Sanità, in order to monitor and assess anomalies in a simultaneous panel of biochemical parameters in milk: the daily monitoring of these biomarkers is expected to identify early signals related to the contamination of animal feed, water for drinking, or farm premises.

Overall, safe animal feed is useful to support a safe human diet in a “one health” conceptual framework, where protection of environment, farm animals and human well-being mutually support each other. Regulations and controls should be enforced and, when appropriate, updated: however, modifications of technologies and use of validated early markers in modernised self-monitoring plans are especially effective approaches toward prevention. Based on these concepts, in sub-Saharan Africa, the network of local organisations NOODLES is boosting a prevention frame for sustainable food safety (i.e., targeted to the protection of the next generation’s health) in the context of Sustainable Development Goals. Indeed, the operationalisation of integrated and One Health prevention frames is necessary to translate scientific knowledge into global health governance mechanisms.