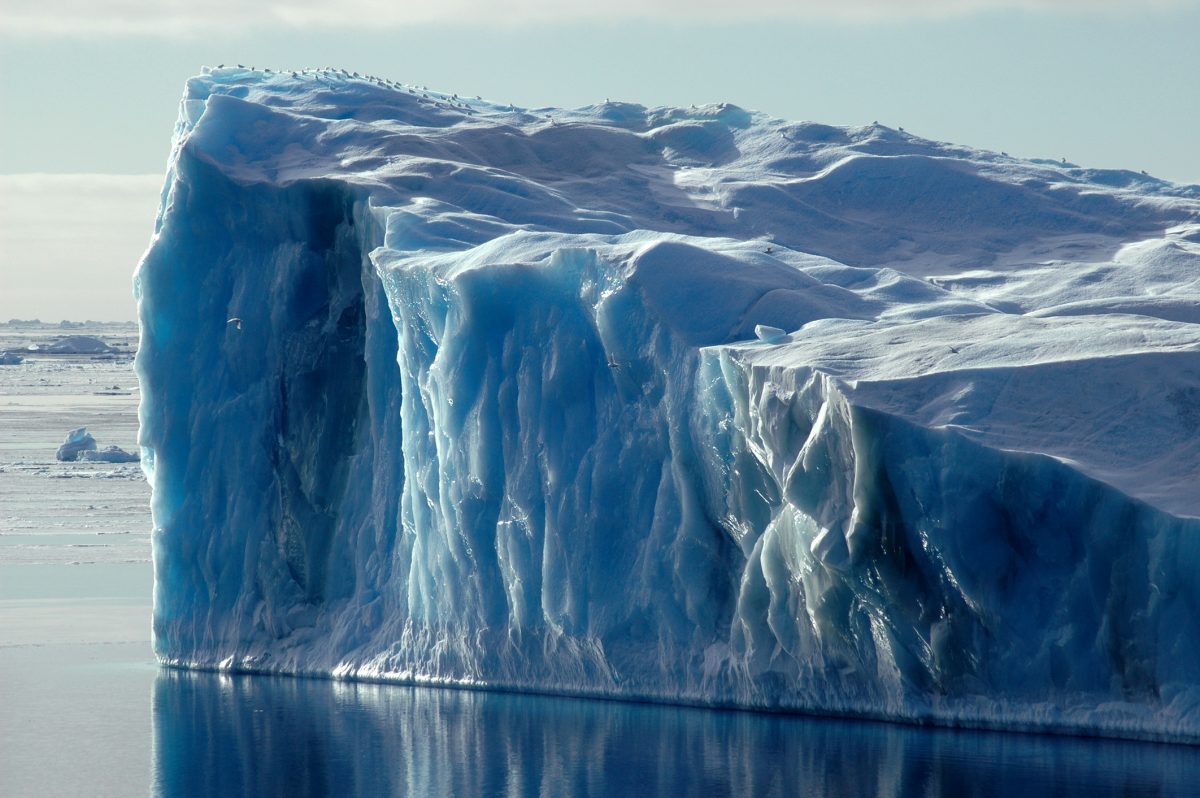 Dr Jan-Gunnar Winther, Director of the Norwegian Polar Institute gives an overview of the environmental challenges facing the Polar Regions.

Scientific information from the Polar Regions boosts our knowledge of the environmental issues facing the world and is vital in order to grasp the challenges facing us, be it climate change, sea level rise or pollutants.

”Time flies” is a saying which seems to become increasingly relevant, at least when it comes to climate change and mitigation. As Thomas Stocker, of the UN’s Intergovernmental Panel on Climate Change (IPCC), said: “Continued greenhouse gas emissions cause further climate change and constitute multicentury commitment in the future”. The atmosphere is our common resource, and it should not be used as a dump for greenhouse gases all over the world.

The IPCC has concluded that human influence on the climate system is clear. For the first time there are global and regional maps of climate change prognoses. The climate models have improved with better technology and tools. Hence, they give us a better notion of what may happen, although we still do not fully comprehend the system. There is still time to act. Measures taken by the year 2030 will be of great importance, as the need for actions beyond that year will be much more urgent and extensive, according to the panel.

White surfaces on the Earth (ice and snow cover) reflect 80-90% of the solar energy (heat). Darker surfaces (open seas, land areas not covered by snow) reflect only 10-15%. As the extent of the Arctic sea ice diminishes and the Northern Hemisphere snow cover retreats, more open sea and vegetation will absorb more energy. This leads to a feedback loop of warming in the seas and over land.

As the ocean warms up, it expands, as warmer water take up more space. This is one of the main reasons for the current sea level rise. The other is melting glaciers on land. The Greenland ice sheet, for example, is now losing mass at a rate which is 6 times higher than 10 years ago. Further, Antarctica has now a negative mass balance and Greenland and Antarctica combined influence global sea level more than all the rest of the world’s glaciers. The exact contribution of melting glaciers to sea level rise in the future remains uncertain but will be significant. Sea level rise is a major concern not just for island states in the Pacific. Combined with more extreme weather, there is a threat to coastal states all around the world. We must expect more than half a meter sea level rise at the end of this century. Due to persistent circulation patterns in the atmosphere and the ocean, sea level rise will be distributed unevenly around the globe.

Acidification of the world’s oceans has become an important issue in the Arctic. There is a decline of pH in the water as a result of increasing carbon dioxide (CO2) in the atmosphere. The ocean absorbs more CO2, which in turn disturbs the balance of the marine ecosystem. Ocean acidification is of particular interest to Arctic countries, as the region is dependent upon fisheries. Ecosystems have adjusted to changes in the past, but now the changes are taking place at a rate which makes it impossible for many plants and animals to adapt. Scientists working on a project affiliated with the Fram Centre in Arctic Tromsø, Norway – for the Arctic Council’s working group Arctic Monitoring and Assessment Programme (AMAP) – have found that the Arctic Ocean is particularly vulnerable as CO2 is absorbed more quickly in cold water, and increasing quantities of freshwater entering the Arctic from rivers and melting ice are reducing the ocean’s capacity to neutralise acidification.

Another warning to the world has come through an international project to fight plastic waste in the seas. The Great Pacific Garbage Patch – approximately 3 times the size of Spain and Portugal – is one of several swirling garbage zones in the oceans. Tiny pieces of broken-down plastics, so-called microplastics, are a serious threat to millions of marine birds, sea turtles, fish and other organisms in the sea. They block the sunlight for algae and plankton, and many animals that mistake these and larger pieces of plastic for food end up dying with bellies full of indigestible material. The plastics may also contain hazardous substances. It has been estimated that 1 million seabirds worldwide die of plastic waste every year.

In 2009, the UN released a report saying there may be as much as 6.4 billion tons of garbage added to the seas every year. Over the past 14 years the Norwegian Polar Institute’s staff and colleagues have gathered 1500 tons of garbage on the beaches of the Arctic archipelago of Svalbard, for a project initiated by the Governor of Svalbard. A study recently published in the US has shown that there are also micro-plastics in Arctic sea ice. Melting of the sea ice may therefore contribute to even higher concentrations of microplastics in the sea. Studies in Svalbard in the 1980s showed that 30% of northern fulmars had plastic in their stomachs. In 2013 it affected as many as 90% of the northern fulmars in Svalbard. In the 1980s the plastic mostly originated from industrial activities, whereas the main source now is consumer related.

A plastic bottle may last for 450 years in the ocean before it fully degrades. Consumers are not aware of this problem. It is, however, a clear message which most people in coastal regions can relate to, our experience shows. It is therefore all the more important to help sharing this knowledge.