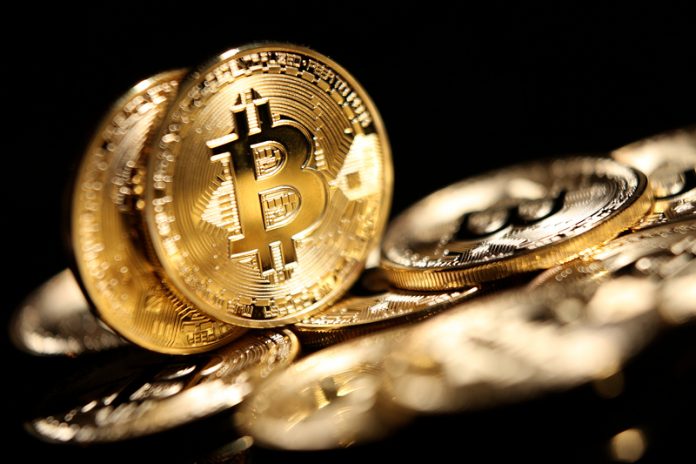 Bitcoin had also been hit but managed to bounce back quicker than its competitor which has decreased by 85% during the past year.

Commenting on the state of the crypto sector, Mr Mcloed said: “But not only do we think it will rebound considerably before the end of 2018, I believe that over the longer time it will significantly dent Bitcoin’s dominance.

“In fact, I think we can expect Bitcoin to lose 50 per cent of its cryptocurrency market share to Ethereum, its nearest rival, within five years.”

“This is why we use Ethereum’s blockchain in our art business.  It has allowed us to create a system to use artworks as a literal store of value; it becomes a cryptocurrency wallet.

“It also solves authenticity and provenance issues – essential in the world of art.  All our works of art are logged on the Ethereum’s blockchain with a unique ‘smART’ contract.”

Last month, Stephen Howes explained: “Using this cutting-edge technology, the art world can eradicate one of its biggest and most expensive problems – forgery – and can protect artists, galleries, and private owners and collectors.”

Ian Mcloed concludes: “Whilst there will continue to be peaks and troughs in the wider cryptocurrency market, due to its inherent strong core values, Ethereum will steadily increase in value in the next few years and beyond.

“Unless Bitcoin does more now to tackle scalability issues, and improves the technology it runs on, we cannot see how it can catch up with Ethereum over the next five years or so, when the crypto market will be even more mainstream.

“Ethereum is already light years ahead of Bitcoin in everything but price – and this gap will become increasingly apparent as more and more investors jump into crypto. ”

Despite Ethereum gaining some momentum by jumping 14% in value last week, the cryptocurrency has found itself trading at 10% lower in the past 24 hours.