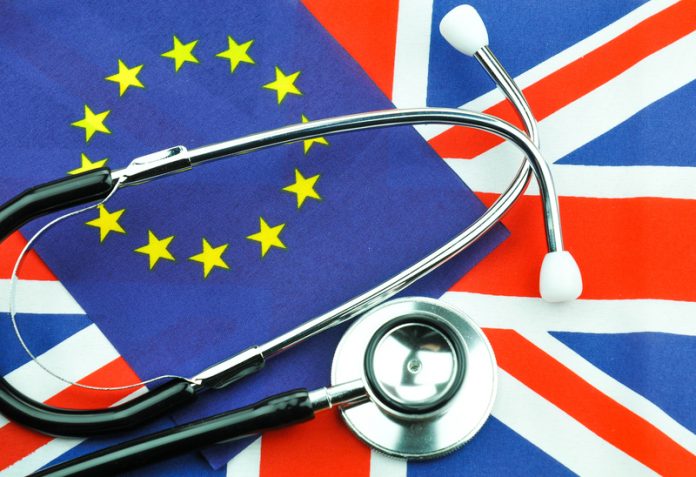 This time next month the EU referendum vote will be over and the UK will be dealing with the fallout. Whether you are for or against staying the vote is undoubtedly a momentous event, one that has the potential to significantly change our nation. It is also an issue that seems wholly divisive, with neither side coming out on top. Whether this will change in the next few weeks as the vote inches closer remains to be seen but for now it is difficult to know which way things will swing.

Over the past few months the main focus has been the economy, and while this still remains the main battlefield this week turned to the other important topic: the NHS. Warnings were issued relating to the fact Brexit could cause a crisis in NHS staffing levels, while claims the NHS would gain more funding in the event of a leave vote were debunked.

Last week, AG asked UKIP Leader Nigel Farage for his views on why the UK was better voting out. This week, the Liberal Democrat’s Spokesperson for Foreign Affairs Tom Brake MP offered his thoughts on the other side of the debate, outlining why he believes staying in would be in the UK’s best interest.

The AG poll (there is still time to have your say) still remains somewhat divided, but ‘out’ pulled ahead this week with 54 per cent of respondents voting to leave and 40 per cent for remaining.

In the wider media, concerns were also raised about the number of people who have not yet registered to vote. This, along with issues like the student vote and Glastonbury, have the potential to change the outcome of the referendum quite drastically.

Brexit could cause NHS staffing crisis

A survey carried out by NHS Providers – the membership organisation and trade association for NHS acute, ambulance, community and mental health services – has found that the majority of health service leaders believe an exit from the European Union would have a negative effect on the NHS as a whole.

Of the admittedly small sample of 45 chairs and chief executives, none of the respondents to the NHS Providers survey were of the opinion that leaving the EU would have a ‘very positive’ impact.

With senior figures like Boris Johnson claiming that the UK’s current contributions to the EU could be better spent on the National Health Service, it has become a key talking point in attempts to sway voters one way or the other.

While 65 per cent of respondents felt Brexit would have a negative impact on access to shared learning and knowledge from clinical trials, networks or other research and innovation channels, 42 per cent said that leaving would have some or a very positive impact on procurement and competition rules affecting their trusts.

Currently, more than 17,000 nurses and health visitors in England come from other EU countries – equivalent to six per cent of the total staffing numbers. For doctors, the figure is even higher with just under 10,000 hospital doctors (9 per cent of the total) coming from elsewhere in the EU.

The NHS has become a battleground in the EU Referendum Vote

Dave Prentis, UNISON’s general secretary, says the argument from the Vote Leave campaign that the NHS will get more money if we leave the EU is “utter nonsense.”

An article that featured on the Another Europe website from Prentis claims the “Tory headbangers” on the Leave side “are often the same politicians whose government has strangled the NHS of funds over the past six years, and caused its current recruitment and retention crisis.”

Vote Leave claims £50m a day is being sent to Brussels–money it says could be spent instead on building hospitals and reducing pressures on the NHS.

Prentis claims that “there’s no reason to believe the same hostile conditions wouldn’t continue under Brexit.

“Indeed the political and economic turmoil that would result from the UK going it alone would hit jobs, living standards and public services hard, and likely mean less money for services like the NHS, not more” he comments.

He went on to say “that’s what public servants, and those who rely on the public services they provide, fear about Brexit – extra pressure to our already overstretched NHS, schools, local councils and police.

“Losing £36bn in tax receipts – as the Treasury has estimated would happen post-Brexit – could push the public sector right over the edge, and unleash a wave of damaging privatisation – something the NHS is especially at risk from.”

Gisela Stuart, the Labour MP and co-chair of the cross-party Vote Leave group, says: “I think we ought to decide ourselves how we spend that money and I would suggest we spend it on the NHS.

“The NHS is under tremendous pressure, people have to wait longer whether it is for treatment or for A&E and I think £350m would be better spent on the NHS.”

Millions could miss right to vote

Campaigners are warning that millions could miss out on voting in the EU referendum because they are not on the electoral register.

Voters are told they have until 7 June to register to vote, with more than a million people doing so since the campaign began.

However, figures suggest that many people will leave it too late and will be turned away at polling stations.

According to an APPG report—Missing Millions, which was published in April—research from 2014 shows that 7.1 million people have gone missing from the electoral roll. It revealed the gap between the voting age population and registered voters is growing.

The report also showed that two thirds of polling stations turned away voters in 2015 who mistakenly thought they were already on the register.

Research from the University of East Anglia shows that many citizens think that because they pay their council tax they are automatically on the register, and expect those that are running the election to “know about them.”

Government figure highlighted that more than a million people have signed up to the electoral register since March 1, with 25 – 34 year olds leading the way.

On Monday alone, more than 25,000 people are reported to have registered in that age group, out of a total of 83,000 that day. The next biggest group was the under 25s.

A spokesperson for the Electoral Commission told BBC News: “There’s only one way to ensure you’re able to have your say at this historic referendum, and that’s to be registered to vote by June 7.

“Anyone who has already registered to vote in the elections in May will be registered for the EU referendum. If your circumstances have changed since May, for example if you’ve moved home, then you need to re-register at your new property.”

Many campaigns are aimed at young voters and ensuring they are registered to vote. For example, Campaign group Hope Not Hate and Bite the Ballot launched a drive called #TurnUp, with the aim of registering 500,000 young people by 7 June.

David Cameron also highlighted efforts being made to sign up young voters on Tuesday at the Easyjet headquarters in Luton.

He said: “We are obviously doing a lot, encouraging companies and others to say this is a very big vote – it affects your future, it’s not just about the next 5 years, it’s about the next 50 years and I think over a million people have registered since this campaign started, which is very encouraging.”

Cameron causes uproar by suggesting vote to leave is ‘immoral’

This week David Cameron may have put his foot in it with his own party by suggesting a vote to leave the EU is ‘immoral’. Reported by the Telegraph, his statement that UK would “self-destruct” in the event of a Brexit left members of his government outraged to the point of threatening to resign.

Undoubtedly, the referendum has strong views attached to it; you only have to speak to anyone on either side of the debate to realise that, but Cameron’s words may have lit a match.

The statement was made earlier this week following the publishing of a Treasury report into the impacts of an exit. Speaking at the head office of B&Q in Hampshire, Cameron said the risks to the British economy meant a Remain vote was the only “moral” choice for voters.

He said: “The economic case is the moral case – for keeping parents in work, firms in business, Britain in credit, the moral case for providing economic opportunity rather than unemployment for the next generation.

“Where is the morality for putting that at risk for some unknown end? It would be like surviving a fall then running straight back to the cliff edge. It is the self-destruct option.”

Former Mayor of London and high profile Brexit supporter Boris Johnson said Cameron’s and Chancellor George Osborne’s “scaremongering” could be enough on its own plunge the economy into recession.

He added: “I am worried that they are starting to talk Britain down quite significantly. I don’t think it’s necessary.”

While the government has picked its side and is firmly pro-EU (for the most part, at least), should the PM be choosing his words a little more carefully? Clearly, his colleagues think he should.