Carried out over the past ten years, a number of studies have highlighted that adding the Fitbit experience to existing health and wellness interventions can help to improve enrolment and outcomes1. The combination of a Fitbit tracker or smartwatch and the Fitbit app can inspire behaviour change and transform someone’s health and wellness – not just their fitness2.

One such study in 2017 was carried out by Solera Health, who deliver the National Diabetes Prevention Program (DPP) in the US3. 1,700 people who’d enrolled in the Program were involved in the study, with the results showing that those who’d redeemed a Fitbit device lost a larger percentage of their starting weight (3.38% vs. 2.27%) and were 1.4 times more likely to achieve 5% weight loss. Results such as this are particularly important when you consider that 3 in 5 cases of type 2 diabetes can be prevented or delayed just by someone maintaining a healthy weight, eating well and being active4.

The studies raised two interesting questions: 1) Is the benefit of adding Fitbit to an intervention consistent, or does it only hold true for specific interventions? 2) Is the benefit specific to Fitbit, or is it generalisable to other wearable health devices? The exciting news is that a recent comprehensive, independent review of the literature provides strong evidence that the benefit of Fitbit is consistent and that there is no proof of the same for other wearable health devices5.

Researchers from several Canadian universities and the University of Illinois in Chicago conducted the systematic review and meta-analysis published in the high impact Journal of Medical Internet Research.

The review was a comprehensive one, aggregating results from 37 randomly controlled trials of interventions, all of which related to healthy lifestyles (maintaining a healthy diet, healthy body weight and healthy physical activity). As a minimum, each trial included a research group who were using Fitbit devices and a group who were not using Fitbit devices. And particular outcomes were examined including physical activity, sedentary behaviour, and weight loss.

Setting rigorous criteria such as randomisation helped to minimise any possibility of other variables influencing the results, which made for fair head-to-head comparisons with and without Fitbit.

But the results didn’t just highlight increases, there were decreases too! Researchers saw a decrease in sedentary behaviour among the groups who used a Fitbit device of approximately 11 fewer minutes. Given that the analysis was done across all the interventions, the findings suggest that these positive outcomes are not specific to certain interventions, but that they are generalisable.

So why choose a single wearable brand to study, and why Fitbit? Perhaps the most notable reason for using a single wearable brand was that previous research about the impact of interventions including wearables was inconclusive. The researchers believed the reason for this was that not all wearable devices and experiences are equal. So, pooling them all together under one study brings the overall results down to the least common denominator. A much more focused approach was needed.

They chose Fitbit for the study because “they are among the most accurate commercially available wearables” and because “this brand is by far the most frequently included in interventional studies found in MEDLINE and ClinicalTrials.gov.” 6

Based on the result of the research conducted by MEDLINE on different wearable devices during clinical trials, it was proven that the proper integration of Fitbit devices and features, can boost and improve overall health and wellness by positively impacting the interventions.

Perhaps it is because a Fitbit device is so much more than just a device. It doesn’t just track someone’s activity, sleep, and heart rate. It’s part of a much bigger experience delivered via the Fitbit app.

The ability to set goals, track progress, discover new experiences and challenge friends or colleagues inspires behaviour change. And all of that is just the tip of the iceberg as Fitbit continues to invest in new innovations and capabilities including Fitbit Premium and Fitbit Premium + Health Coaching.

Giving people a deeper understanding of their bodies and more personalised guidance and support is sure to help them maximise their success. The more informed they are, the easier it will be to improve health and wellbeing across the pillars of activity, nutrition, sleep, and stress management. And combined, these changes in behaviour will also help people manage chronic conditions such as diabetes and hypertension. 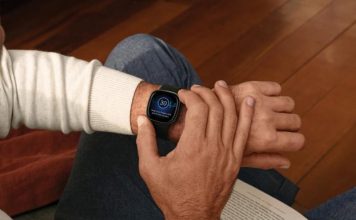 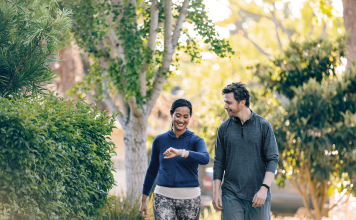