Peter Bretscher and his research group at the University of Saskatchewan have focused for more than thirty years on two foundational questions on how immune responses are regulated. They have also explored how the answers are pertinent to the design of strategies to prevent and treat clinical conditions in diverse areas of medicine.

How the research program began

Peter Bretscher studied physics at Cambridge University (BA, 1964). He then did a PhD (1968) at the Cambridge Laboratory of Molecular Biology. Whilst there, he became fascinated by immunology, and how the immune system can respond to foreign, “non-self” invaders, so-called “foreign antigens”, but not to self-substances, “self-antigens”. He came up with a simple model that he had the opportunity to discuss with Francis Crick. This model explained how the attribute of immunological “self-nonself discrimination” is achieved. Crick suggested Peter do postdoctoral studies with Melvin Cohn at the Salk Institute, California.

The Two Signal Model of lymphocyte activation, an elaboration of Peter’s early ideas, was published in Science in 1970. Peter also became interested in a second question during these postdoctoral years. The immune system can fight foreign invaders by either a cell-mediated or an antibody response. Remarkably, the immune system does not employ all the weapons in its arsenal when infected by an invader. It has a decision-making process. Peter proposed in 1974 how antigen interacts differently with the immune system to result in either a cell-mediated, an antibody, or a mixed response. Cell-mediated immunity and antibody are the two main classes of immunity. These ideas constitute a Theory of Immune Class Regulation.

These two theories are likely pertinent to the design of strategies to prevent and treat clinical situations arising in autoimmunity, allergies, cancer, and infectious diseases. These possibilities are discussed in a short YouTube interview. Currently employed vaccination protocols result in a more rapid and larger antibody response on infection than the response made by the unvaccinated. Such protocols are only effective against pathogens/invaders contained by antibody. Clinical and experimental observations show that only cell-mediated immunity is effective against most cancers and various pathogens, including those that cause AIDS, tuberculosis, and the tropical diseases, cutaneous and visceral leishmaniasis. Thus, in these cases vaccination should guarantee a robust cell-mediated response on encounter with the pathogen/invader.

The Theory of Self-Nonself Discrimination provides a platform for preventing and treating autoimmunity, as discussed in Peter’s book The Foundations of Immunology and their Pertinence to Medicine.   Peter also discusses there approaches to preventing and curing allergies.

Research at the University of Saskatchewan

Peter Bretscher and his students have successfully tested many predictions of his two theories. It is remarkable that these two theories have remained not only viable over more than forty-five years of research, but the underlying, basically conceived ideas appear pertinent to understanding and controlling immune responses in clinical situations. Bretscher’s group has explored in animal models and, to a lesser extent in people, whether they provide a platform for strategies of medical intervention. We outline the nature of this research.

As already noted, currently employed vaccination is only effective against invaders/pathogens that are contained by antibody. Other researchers had developed a mouse model of human cutaneous leishmaniasis, caused by a pathogen only susceptible to cell-mediated attack. Peter’s lab set out to explore whether a basically conceived strategy could generate antigen-specific, cell-mediated imprints upon the immune system.  Such imprints would guarantee a cell-mediated response upon an experimental infection that resulted in disease in mice that had not been imprinted. They were successful in this endeavour, as reported in Science. Another major problem that must be faced, if we are to control these diseases, is our genetic diversity. Thus, a protocol effective in mice belonging to one inbred strain may not be effective in mice of another strain, just as a protocol may be effective in one person but not in another. The Bretscher laboratory has explored whether strategies of universally efficacious vaccination can be realised and has become an advocate of one such protocol.

Much research has been directed at examining the cell-mediated/antibody nature of a “primary immune response”, the response when an individual first encounters an invader/pathogen. Such research is not obviously pertinent to treating an individual sometime after the encounter, whose immune response is “ongoing”. The Bretscher lab has shown in mice and people that similar principles govern the cell-mediated/antibody nature of primary and on-going immune responses. This has led to a proposal, recently published, for how protective, cell-mediated immunity can be harnessed in people infected by HIV-1 and whose insufficiently protective response contains a substantial antibody component.

The conceptual framework underlying this research is decades old. The framework was originally based on studies with protein antigens, that do not replicate, and that are a far cry, chemically speaking, from cancer cells and slowly growing pathogens and parasites. Yet the proposed principles, as to how immune responses are regulated, also hold in these diverse situations. An example illustrates this. Most today believe that most cancer in humans, and in animal models of human cancer, can be contained by a sufficiently strong cell-mediated response. However, there is still today no agreed upon approach of how this might be guaranteed by vaccination. It was found in the 1950s that there was an approach to“vaccinating” animals so they became resistant to a normally lethal challenge of the tumour. Mice, for example, were given a lethal challenge of the tumour into the skin, and the tumour operated out about 9 days later, when about a millimetre in size. This tumour excision prevented further tumour growth and death of the mouse. Mice whose tumour has been excised resist a normally lethal challenge given two months after the excision. Why this classical and widely effective protocol works is not widely discussed. The Bretscher lab showed it causes a cell-mediated imprint. Furthermore, a convincing rationale for why excision priming causes a cell-mediated imprint is readily provided by Peter’s Theory of Immune Class Regulation.

Peter Bretscher
Faculty in Department of Biochemistry,
Microbiology and Immunology
University of Saskatchewan 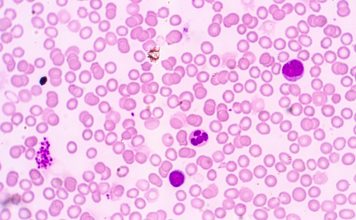 Contemporary immunology and its relationship to medicine