The aim of the foundation, Fundación CANNA, is to promote research and education about cannabis and to minimise the risks entailed in its consumption

Fundación CANNA is a non-profit organisation founded in 2012 by CANNA España SL, a multinational company that produces high-quality fertilisers for fast growing plants. Its headquarters is located in Barcelona, Spain.

It has its own laboratory at the University of Valencia where it carries out cutting-edge research on cannabis and its compounds, and performs different types of analytical chemistry tests.

Fundación CANNA believes that everyone has the right to know what they are consuming. It also considers that it is essential to support and fund research projects aimed at studying the active principles of cannabis and provide information that helps people to minimise the risks entailed in its consumption.

Fundación CANNA’s aim is to research and study the cannabis plant and its compounds to educate and inform people in a way that is easy to understand and always based on science.

The idea behind Fundación CANNA was conceived from the need to respond to the great demand for quality control in cannabis testing and to expand research to address scientific problems. The foundation particularly focuses on promoting studies and scientific research on the effects of cannabis on the human body.

Its ongoing mission is to inform people and to support the worldwide medical cannabis movement. It regularly publishes new content on its website in collaboration with scientific researchers and distinguished members of the cannabis community.

It is a key for the Foundation to share knowledge about the cannabis plant and, in particular, the endocannabinoid system in humans and all related subjects. It invests a great deal of energy into making cannabis users aware about the importance of testing cannabis, oils and derivatives using scientific methods. People still require a lot of education about cannabis and the endocannabinoid system in the human body and the potential therapeutic use of cannabinoids in medicine.

Fundación CANNA’s website therefore offers various articles on cannabinoids, terpenes, flavonoids, the endocannabinoid system, reports about the dangers of contaminants such as heavy metals, and also the nutritional benefits of hemp seeds, etc. Readers can also find studies that the foundation helps to fund and organise on medical cannabis users’ health and quality of life, studies on microbiological contamination, methods for quantifying cannabinoids and variations in terpene profiles in different cannabis strains. There is also plenty of content on the plant’s possible therapeutic applications, as well as risk prevention and interviews with the most distinguished members of the scientific community. All written by active experts and researchers.

The foundation has also produced brief informative videos on cannabis and the endocannabinoid system to reach the public.

It also co-produced the documentary “The Scientist” about the life of Dr Ralphael Mechoulam, who has been awarded several international awards and recognition for his work.

The foundation has Facebook and Twitter pages and a Youtube channel to reach the general public and cannabis users to provide them with quality information and to react to the large quantity of misleading information on social media.

Fundación CANNA’s analytical testing services are intended for internal studies and for European companies that want to analyse their medicinal products based on cannabis or industrial hemp. It works according to the ISO 17025 standard, which guarantees the best possible analytical quality. The foundation is convinced that it is imperative to analyse cannabis to promote greater safety for users and to guarantee quality to consumers, which should be the goal of all companies and entities that operate in this market. It believes that there is a need for regulation at the European level regarding cannabis analytics, which is one of the Foundation’s future projects. It can also use all of these results to promote internal cannabis studies and to identify trends in the market.

It has carried out a wide range of tests in its laboratory, such as preparing cannabinoid profiles to determine their potency. The laboratory’s foundation can identify and quantify nine cannabinoids by HPLC and soon it will incorporate new ones.

Terpene analysis enables plants to be selected that are best adapted to individual needs and, based on the proportion of terpenes present, to identify and classify the varieties more accurately than by simply assigning names or definitions such as Indica or Sativa.

Cannabis and hemp oils and extracts have become very popular all over the world. However, due to the lack of regulations and standards, contamination and other impurities are often found in the oils.

That is why the Fundación CANNA offers analytics of microorganisms, heavy metals and pesticide residues, to detect possible impurities, potentially harmful, in these products.

This is especially important in the case of extracts, since the cannabinoids and also pesticides residues present in the plant material are concentrated in them.

All the funds raised by donations and the commercial laboratory testing service are invested into supporting initiatives related to medicinal cannabis and funding new research around the world.

If you are interested in the Fundación CANNA’s activities, would like to suggest new studies or contribute to helping the Foundation to achieve its aims, please visit its website www.fundacion-canna.es/en or email: info@fundacion-canna.es 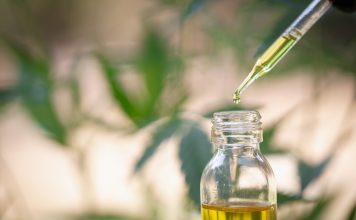