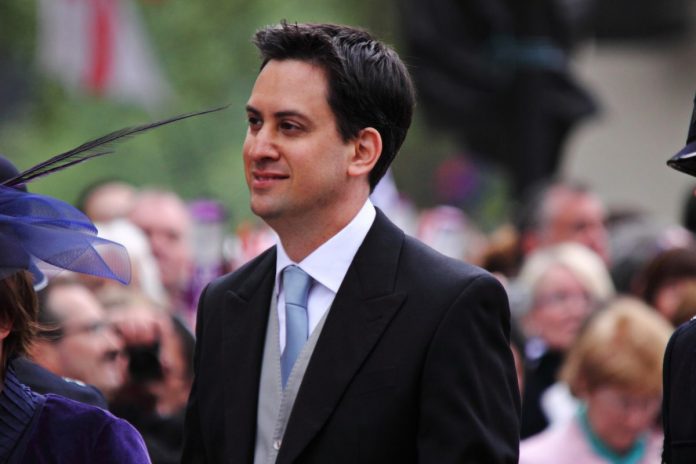 With only a fortnight to go until voting gets underway, Adjacent Digital Politics examines the weird and wonderful news that has taken place on this week’s election campaign trail…

Just when it seemed things could not get stranger, this week the election trail brought muffin-gate and Milifans—yes, Milifans.

With just under a fortnight left of campaigning in the race for Number 10, the stress seems to be getting to some.

Tory MP Jesse Norman got himself into hot water after allegedly giving out cake during a public event in his home constituency. The Hereford-based candidate was snapped with an assortment of baked goods, including muffins. Hopefully, there were also some French Fancies in there as well for the discerning cake connoisseur.

The police were forced to get involved as Norman committed a cardinal election sin. The rules, however pedantic they might seem, stipulate that under the Representation of the People Act 1983 election candidates are forbidden from providing food, drink or entertainment to gain votes. While a few cakes might seem like a misdemeanour at best, it is in actual fact a serious offence.

In response to the allegations, Norman argued that the goods had been given predominately to children, who cannot vote, and called the allegation “nonsense”.

Norman isn’t the first candidate to get himself into trouble over baked goods during this election process. UKIP’s Kim Rose, who is standing in Southampton Itchen, was grilled by the police for giving out sausage rolls during a party event. He was subsequently told he would face no further action following an investigation, and criticised the action as “absolutely ridiculous”.

Speaking at the time, Rose said: “The officers told me today that I have now entered the political world and I must no longer hand out sausage rolls.

“They told me I have got to watch anything I do. So I’m going to stay away from bakeries from now on – if I see one I’m going to run a mile.”

While both candidates were quick to dismiss the allegation as ridiculous the rules are clear: bribery, in whatever form, is a big no-no. Still, for a slice of cake, I could probably be persuaded to vote for anyone.

Labour leader Ed Miliband also found himself at the centre of storm this week. Remarkably, it was not a political one. Instead, the head of the party found himself in the midst of teen adoration.

Over the last week, thousands of fans have tweeted about Miliband, professing their love for the head of the party.

While this might sound crazy—and I’m still not sure it’s not—it has pushed a whole new section of society into the world of politics. The fandom wanted to show Miliband or ‘Milibae’ (short for babe), as they have taken to calling him, in a different light than how he is usually portrayed.

Granted, not all Miliband fans are old enough to have a say in this election, but surely it is a positive thing that young people are engaged in the debate.

As bizarre as this turn of events was, it certainly was a nice change of pace from the usual political to and froing about which parties have committed the greatest sins.

With such as short amount of time left before the voting starts the campaigning will undoubtedly step up a notch over the next two weeks. What policies have caught your interest and which ones do you think are empty promises?