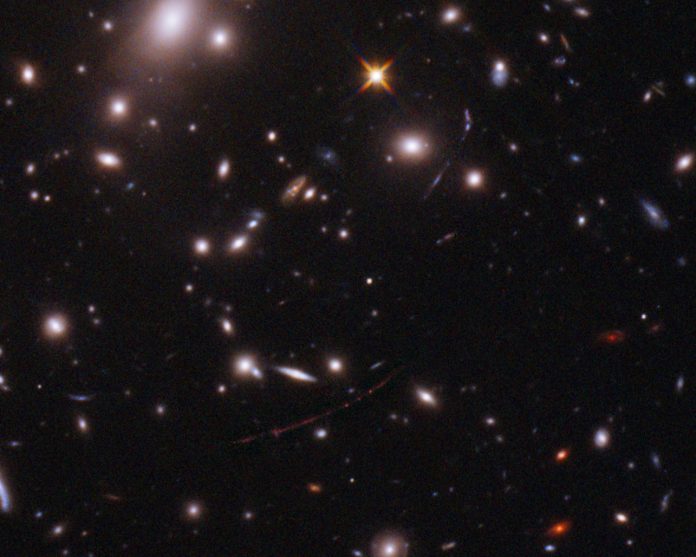 NASA’s Hubble Space Telescope reveals the most distant star ever documented – it took the light from Earendel 12.9 billion years to reach Earth

When it comes to documenting stars, NASA hold world records in finding the oldest and farthest of those mysterious celestial bodies. Now, the Hubble Space Telescope has broken the record for farthest – spotting the most distant star to be recorded so far.

The star, which existed in the first billion years after the big bang, has been named Earendel – which means “morning star” in Old English.

“We almost didn’t believe it at first, it was so much farther than the previous most-distant, highest redshift star,” said astronomer Brian Welch of the Johns Hopkins University in Baltimore, lead author of the findings published in Nature.

How did the scientists spot Earendel from Earth?

The most distant star is 12.9 billion years away from Earth, which means that it can only appear to Earth-based telescopes as it did when the universe was just 7% of the age that it is now. Amazingly, the sighting of Earendel was only possible because of a rare cosmic event that created a long distance magnifying glass.

A huge galaxy cluster, WHL0137-08, exists between Earth and the most distant star, Earendel. The mass of the galaxy cluster warps the fabric of space, creating a powerful natural magnifying glass that distorts and greatly amplifies the light from distant objects behind it.

Basically, it is as if the surface of a swimming pool made patterns of bright light on the bottom of the pool on a sunny day. The ripples on the surface of the water act as lenses, focusing sunlight to maximum brightness on the pool floor.

Welch further said: “Normally at these distances, entire galaxies look like small smudges, with the light from millions of stars blending together. The galaxy hosting this star has been magnified and distorted by gravitational lensing into a long crescent that we named the Sunrise Arc.”

More discoveries from the early star formation era to come

Welch said: “With Webb, we may see stars even farther than Earendel, which would be incredibly exciting. We’ll go as far back as we can. I would love to see Webb break Earendel’s distance record.”

This star belongs to the very early star formation era, which is largely an enticing unknown for astronomers across the world. With the launch of the James Webb Space Telescope, scientists have immense hope for new data that will lead to even more discoveries.

The telescope has been designed to collected infrared light from galaxies that existed 13.8 billion years ago, just a few hundred years after the big bang. This technology will enable scientists to see even further back through time than Earendel.

Dan Coe at the Space Telescope Science Institute (STScI) said: “With Webb we expect to confirm Earendel is indeed a star, as well as measure its brightness and temperature. We also expect to find the Sunrise Arc galaxy is lacking in heavy elements that form in subsequent generations of stars.

“This would suggest Earendel is a rare, massive metal-poor star.”