Industrial reactions, producing plastics, rubbers, oils, and pharmaceutical products, play a central role in the manufacturing industry. The use of an appropriate catalyst reduces waste and energy requirements, thereby accelerating the manufacturing process. Therefore, catalyst development is a research area strongly related to real-world applications. Currently, most of the catalysts used in industry are based on precious metals, such as platinum and palladium.

Since the discovery of steelmaking technology, human society has developed with the expansion of iron usage in various fields, such as weapons, buildings, and transportation. In other words, new technologies that use iron have always contributed to social development. In this study, we developed new iron catalysts for three applications, viz. hydrosilylation of alkenes, C-H borylation of arenes, and dehydrogenation of alcohols.

Although hydrogen is expected to be a new energy medium with low environmental burden, hydrogen cannot be mined from the Earth and must be produced from molecules such as water and other chemicals containing hydrogen atoms. An efficient method that generates hydrogen from abundant and renewable resources, such as water and bio-alcohols, is needed to liquefy and store hydrogen in a clean manner. The hydrogen molecule only becomes liquified at −253 °C under ambient pressure, making its storage and transport both difficult and expensive. Our group is exploring solutions to the problem of hydrogen sources by developing iron-catalysed reactions to generate hydrogen from bio-alcohols such as methanol and ethanol, which are renewable resources. This would provide an available hydrogen source by using a process that does not generate CO2, making it non-hazardous and easy to handle.

Silicone is an organosilicon polymer consisting of siloxane (Si-O-Si) bonds in its main chain and organic groups on its side chains. Because of its excellent heat and chemical resistance, silicone is widely used in various products (oils, gels, and resins). They are produced in the industry by the hydrosilylation of alkenes using a platinum catalyst. Although the platinum catalyst has extremely high activity toward the reaction, it has two disadvantages. First, the platinum is one of the most expensive metals and is difficult to recover from the polymer after the reaction. This unrecyclable platinum is roughly estimated to be 3% of all platinum production worldwide. The second is the low selectivity of the reaction, which causes contamination of the product with undesired compounds. This implies that an expensive purification step is required. Therefore, our group is working on the development of a technology that can replace the current platinum-catalysed silicon production method with an inexpensive iron-catalysed one.

We are also researching the C-H borylation of aromatic compounds, a reaction that can be used to synthesise synthetically important organoboron compounds from hydrocarbon compounds in a single step. In this study, we seek to clarify the process involved in C–H bond functionalisation, which may have implications for the development of new clean organic synthesis reactions. We are looking to replace the costly iridium catalyst, which is difficult to handle because it has low air resistance and requires constant freezing with iron. The goal is to develop an alternative iron catalyst that is more active and more convenient than iridium catalyst using our own iron catalyst technology that combines air resistance and high catalytic activity. Recently, a private company has launched this iron catalyst as a next-generation catalyst, initiating its practical use. Our group is using basic research on chemical reactions and catalysts to improve real-world industries. 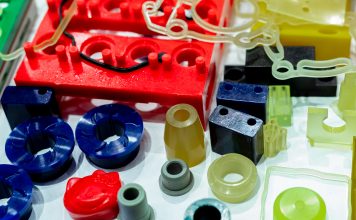 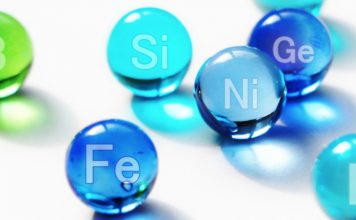