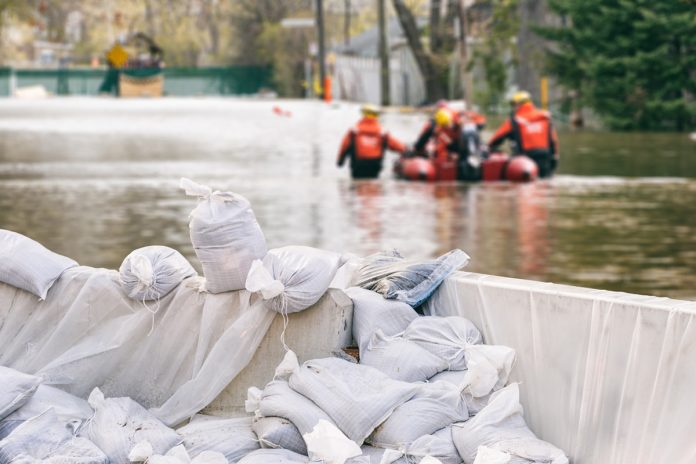 On 4th November 2016, the Paris Agreement entered into force. It called into memory the emotional scenes of Laurent Fabius, holding hands with fellow diplomats whilst being applauded by an audience of exuberant political representatives from across the globe. The sense of hope was palpable, and many people felt that now, finally, things were going to change.

The Paris Agreement, famed though it is, is by no means the only piece of global climate legislation in place. In fact, a study by the Grantham Institute on Climate Change and Environment revealed a 20-fold increase in global climate change laws since 1997. This is an indication of a shift in mindset among the upper echelons of the political establishment. Yet what is actually happening at the local level? On the ground, where river-banks are bursting, sea-level rise is causing coastal erosion and houses are being swept away by landslides?

While it is the role of national and supranational political bodies to pass legislation, the actual implementation of legislation remains distinctly local. The construction of wind farms, solar panels or energy-efficient housing for mitigation, as well as the design of flood defences, appropriate drainage systems or erosion protection for adaptation, is largely in the hands of local governments. This highlights the need for strengthening the capacity of local governments for implementing climate change legislation. Before even that, however, important questions need to be dealt with: how can the capacity of local governance to implement climate change legislation be evaluated in the first place? And is there a need for increasing governance structures to support local governmental structures?

In an attempt at addressing precisely this issue, a group of researchers (Mañez Costa et al., 2014; Carmona et al., 2017; Celliers, 2017) from the Climate Service Center Germany (GERICS) developed the Capital Approach Framework. With its conceptual roots in a number of different sustainability approaches, the methodology was developed to assess governance performance, including the ability of communities and governments to respond to natural hazards.

To facilitate the measuring of governance performance, the Capital Approach Framework is divided into five capitals (social, political, human, financial and environmental capital), assessed by factors that are measured by indicators. Each indicator is assessed through gathering existing data and insights, knowledge and perceptions of local stakeholders. The answers, collected in binary, ordinal, or cardinal unit measure, can then be aggregated to assess each indicator, measuring the factor and evaluating the overall capital. For example, stakeholders can be asked whether they are aware of any climate change adaptation plans or strategies at the local government level. This indicator serves as a measurement of the “Regulatory Framework” factor, feeding into political capital. Another example would be whether local government members have the possibility of taking part in capacity building exercises, feeding into the “Human Resources” factor, in turn revealing information on the strength of Human Capital.

Through applying the Capital Approach Framework, a governance baseline is established, and strengths and weaknesses are identified in the functioning of local governance. This is not only useful for informing decision-makers and policy-planners on deficits in current local governance but can also serve as a baseline to monitor effects of decisions and policies in adaptive governance the future. This may further contribute to improving the response of local governance to climate change.

The versatility of the Capital Approach Framework is illustrated by the various regions and contexts it has been applied in. It was used to analyse the governance performance of a multi-sector partnership in dealing with drought in the Júcar River basin, Spain. Findings indicate the positive effects of polycentric governance on drought management in the area, in particular promoting transparency in the decision-making and policy-planning process.

In South Africa, it has been used to assess the performance of local governance for water management in an informal settlement in Durban. Again, it was found that the integration of affected communities into the decision-making and policy-planning process was insufficient, whilst also establishing a lack of trust amongst stakeholders.

The Capital Approach Framework has further been adapted to assess coastal governance systems. For the WIOMSA project “Emerging Knowledge for Local Adaptation”, it proved highly valuable in establishing the capacity and readiness of local governance in implementing climate change adaptation. It has therefore been applied in Kenya and South Africa and laid the foundation for policy briefs given to local governance stakeholders.

More recently it has been used in Mauritius, helping to identify the gap between national and local government when it comes to the transfer of climate change information, compounded by a lack of know-how at the local level to implement recommendations handed down from the national government. In a two-day workshop in Mauritius, held during March 2018, the results of this study have been presented back to the participating governance members for validation, with very interesting results and discussions. On the whole, participants agreed with the findings, with much intense deliberation on areas in current local governance processes in need of improvement that needed a greater emphasis and possible policy recommendations.

The Capital Approach Framework has been shown to be particularly versatile and efficient in gathering large amounts of information relevant to local governance and climate change adaptation. It is really important to continue and to increase research of this nature at the local level. Which preconditions are necessary for the successful implementation of climate change? Which mechanisms might be developed to support local governments? And could this approach be developed to become a self-assessment tool for local governments implementing climate change adaptation to monitor the effects of decisions and policies? These questions are essential, as it is at the local level where the battle against the impacts of climate change may be won or lost.

CAPTION: While it is the role of national and supranational political bodies to pass legislation, the actual implementation of legislation remains distinctly local.