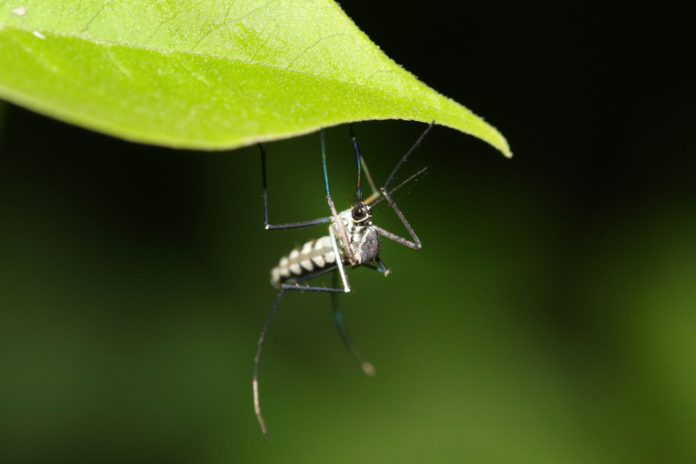 Peter Sherratt, executive chairman of AMF explains how novel ideas are being applied to a well-tested intervention in the battle against malaria

The fight against malaria follows a similar pattern to many human struggles against the seemingly insurmountable. Before Mount Everest was climbed repeated attempts were beaten back, the summit remained in clear sight, every year progress was made. Technology – the portable oxygen tank – finally solved it.

Malaria has many similarities. Death rates are coming down, eradication seems achievable, but we are still a long way from eradication and progress has slowed. Even on conservative estimates, well over 400,000 people die every year, most of them children, and over 200 million become ill. It is the world’s no.1 killer of pregnant women (1).

Malaria remains one of the world’s greatest health problems

These are staggering levels of a preventable disease. It is as if, annually, every person in Germany, France, Italy and Switzerland became ill, and three-quarters of Luxembourgians died. Should we respond differently because this happens in sub-Saharan Africa? AMF and a fast-growing community of ‘effective altruists’ think not.

Huge strides have been made. Twenty years ago, the numbers dying were far higher. But in the last few years, the pace of eradication has slowed, even stalled – along with funding to fight the disease – leaving us with numbers that are totally unacceptable.

The burden of malaria goes well beyond the loss, pain and misery. The costs of health services to diagnose it, drugs to treat it, lost days at work, long lasting lethargy – all drag down levels of economic activity in the poorest countries of the world. For those who want to make the world a better place, preventing malaria is one of the most effective ways to start. At AMF we want to help reduce malaria from its current plateau to very low levels, then eradication.

How easy is it to prevent?

Malaria is easier to prevent than most diseases since it is transmitted by anopheles mosquitoes feeding on humans. And these particular mosquitoes feed between dusk and dawn, typically 10 pm to 2 am. After many randomised control trials (RCTs) over the last 20 years, it is clear that the best and most effective way to prevent malaria is sleeping under an insecticide-treated bed net. It protects people, but also crucially kills anopheles mosquitoes. This is why it is far more effective to provide universal coverage, where everyone at risk receives a net, rather than distribute nets just to children and pregnant women.

Still, millions at risk do not sleep under a bed net

We estimate that more than 250 million people sleep at risk because they can’t afford to buy a net. Yet providing them with a net is not expensive – they cost around $2 each when bought in bulk. A typical fully loaded cost, including all distribution and monitoring, is about $3.30. So, saving a life is shockingly cheap – which is why the independent charity evaluator GiveWell argues that funding nets through AMF is the single most effective altruistic intervention. The main barrier to reaching the summit of malaria eradication is funding.

Eradication beaten back by the mosquito

The second barrier is the incredible mosquito. Each time a new insecticide has been developed, the mosquito fights back by developing resistance. It is now beginning to do this with the class of insecticide used in bed nets – pyrethroids. If we let this develop, resistant mosquitoes are likely to become dominant through natural selection, threatening the use of nets that are currently so effective.

One way to fight this is through indoor residual spraying (IRS), where a variety of insecticides are sprayed on surfaces to help kill mosquitoes. Unfortunately, IRS is far more expensive than using bed nets, so exacerbates the funding constraints.

So how do we reignite attempts to drive down malaria?

The key lies in technology and transparency.

Getting nets to the people who need them is a significant operational challenge given the countries in which malaria is a problem. 90% of malaria cases are in sub- Saharan Africa. However, technology can now help solve this. We now use technology to radically improve analysis of net needs, in distribution management and in post-distribution monitoring. All help ensure distributions are carried out effectively and the impact of each net is maximised. To deal with the threat of insecticide resistance we are trying out a new type of net, which includes a second safe chemical, a ‘synergist’ which prevents the mosquito using its defence mechanisms against the pyrethroid insecticide. We are trialling the synergist PBO (piperonyl butoxide) for the first time at scale by providing 6 million PBO nets in Uganda, a country suffering badly from increasing numbers of insecticide-resistant mosquitoes.

To truly discover whether this new networks, an RCT is being conducted across half of the country, led by the Liverpool School of Tropical Medicine. We and many others are hopeful it will provide the evidence needed that there is an important new tool in the fight against insecticide resistance.

Transparency, we believe, is the key to increasing the funding available. Donors can now follow where the specific nets they fund are distributed, giving them confidence that their funds make a difference. We are getting ever closer to true ‘end to end’ transparency between funder and delivery, as the location of every person who needs a net can be collected using smartphones and GPS mapping, and each funder can see exactly what has happened through every link in the delivery chain. Using these and other elements of transparency through fundraising, the number of people who are in the ‘against malaria community’ continues to grow sharply.

So very low levels of malaria that are fundamental, life-changing and life-saving are in sight. The last push to the summit – the ideal of eradication – is the hardest, but by applying technology to well-tested solutions, encouraging funding through better transparency, we can get there.