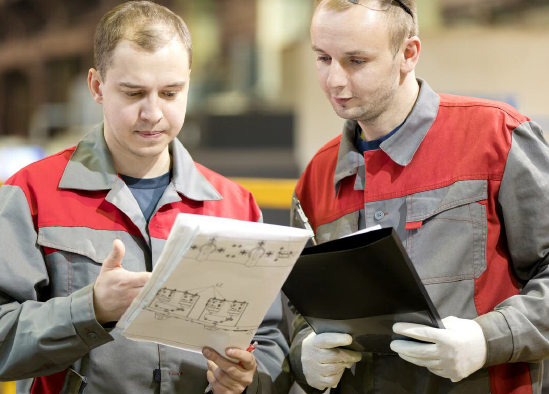 Mediaworks, on behalf of Omega Plastics, share their expert views on education options in the UK’s manufacturing and engineering sector

In 2014, the engineering and manufacturing sector provided an estimated £455.6 billion to the UK gross domestic product (GDP), making up 27% of the total. It is one of the biggest economic sectors in Britain, with a job total of 5.7 million (19% of employment in the UK).

But for the sector to continue to grow, it needs to build a future in the younger generation. After all, it is this generation that will pick up the work when the current workforce begins to retire.

Luckily, the forecast is positive – in 2016, over half of 11-16 year olds stated they would think about a career in engineering, which is a much-improved figure compared to 41% in 2012. It’s likely that this positive change is down to teachers and parents; 96% of teachers said they would encourage a career in engineering to their pupils and 75% of parents said they would be pleased with their children taking a career path in the sector. To explore this rising trend further and to look into the future of manufacturing and engineering, plastic injection moulding, we investigate on behalf of Omega Plastics.

A fall in higher education

Despite the industry’s strengths, it is experiencing a downturn in the number of graduates. The future forecast predicts that we will need 265,000 skilled entrants per year to meet the demand for engineering enterprises until 2024. However, currently, we are experiencing a shortage of 20,000 graduates.

But the downturn already seems to be bouncing back; there has been almost 5% growth in the number of engineering course applicants in the last 12 months, where other subjects have experienced only a 2.7% rise. Engineering courses have seen gains across all subjects except electrical and electronic. Likewise, 71% of those applicants entering a first degree in engineering and technology are from UK origin.

The engineering and manufacturing technologies sector saw 74,000 apprenticeships starting out in the 2016/2017 period, which lifted them up as one of the five most popular apprenticeship sectors. In fact, they have remained in the fourth position since 2010.

Sadly, a bright beginning doesn’t always last, as nearly a third of UK apprentices are not seen through to completion. The overall success rate for apprenticeships has taken a decline to around 68.9%, compared to 2010, when it was at 76.4%. So, what do the figures look like for engineering and manufacturing? Is the decline apparent here too?

The UK is home to 650,000 engineering firms and this number is only set to grow. It is safe to predict that the need for skilled workers will only increase in line with this. Improving the perception of the industry is vital to the continued success of the industry, as well as
appropriate training. However, if the figures discussed here are anything to judge by, the engineering and manufacturing sectors do not have much to worry about in this department.