Dean of the School of Justice, Security and Sustainability, Staffordshire University, Helen Poole, states that we need to continue to learn from mass shooting incidents to shape gun control

On 12th August 2021, Jake Davidson committed a mass shooting in Keyham in Devon, England. This was the most fatal shooting event in the UK since Cumbria in 2010. In the days that followed it emerged that the firearms used to kill his six victims, and injure several others were legally held under a firearms licence. This has raised questions regarding firearms licensing and led the Home Office to review current guidelines. However, it has not led to any significant calls for tighter restrictions on firearms ownership.

Instead, the focus has been on the background checks undertaken by Firearms Licensing Officers, which has been similar in other recent cases. This includes an examination of social media posts from license applicants and holders. In this case, Davidson was thought to have mental health problems and hostile views towards his mother, which manifested in misogynistic social media postings. Davidson was also a gun enthusiast, but had his firearms license removed in 2020 following an assault allegation and returned to him in 2021 after he completed an anger management course. One month later, the Keyham incident occurred.

As a Criminologist who has researched firearms- related crime over several years, this and similar incidents, many of which remain domestic and don’t spill out into the public domain, raise long-running debates about gun ownership and control and whether the UK framework for firearms licensing is fit for purpose.

The vast majority of gun owners in the UK are responsible when it comes to usage and the way they store their guns, largely holding the guns for legitimate reasons such as sport and conservation. In the UK, we have relatively low levels of firearms-related homicides in England and Wales, with only 0.2% of violent offences involving firearms, and 3.7% of homicides, according to data from ONS. Yet this doesn’t mean we shouldn’t have the appropriate measures and frameworks in place to keep people safe from harm and we need to learn from the incidents that take place to ensure this.

“Of the 33 fatalities in the year ending March 2019, 64% were committed with handguns which are not only illegal, but more lethal than other types of firearms – showing the need for the framework to be reactive to events taking place.”

This is because we have taken learnings from past incidents into account. For example, we have relatively robust background checks for license applicants and overall, the categories of firearms that can be legally held are tightly restricted in England and Wales, largely as a result of the legislative changes following the Snowdrop Campaign and Cullen report in response to Dunblane. This led to a ban and the ownership and surrender of over 165,000 licensed handguns.

However, following the Firearms (Amendment) Act 1997, there was an increase in firearms-related crime which continued until its peak in 2004. A key reason for this is that serious firearms violence is more frequently committed by an individual with an illegally held firearm. Of the 33 fatalities in the year ending March 2019, 64% were committed with handguns which are not only illegal, but more lethal than other types of firearms – showing the need for the framework to be reactive to events taking place.

For example, today we are increasingly facing a variety of threats from the illicit firearms market, which include not only firearms imported in whole or in parts, but also ‘legal’ firearms which become illicit such as antique, stolen and converted weapons, as well as 3D printed firearms. Firearms control, therefore, needs to focus on the illegal acquisition of firearms as much as the control of legally held firearms.

The Keyham incident demonstrates the importance of robust training and guidelines for firearms licensing officers, as well as the need to monitor those holding licenses, however, it is important to recognise that the threats from firearms in the UK lie in the illegal market where firearms are acquired for the purpose of crime. 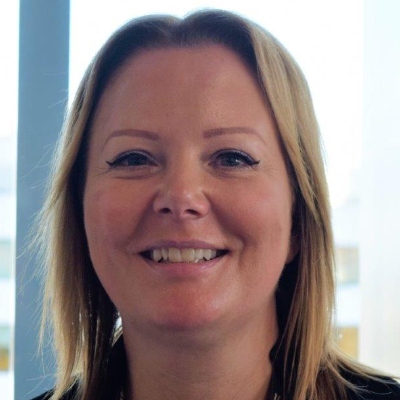