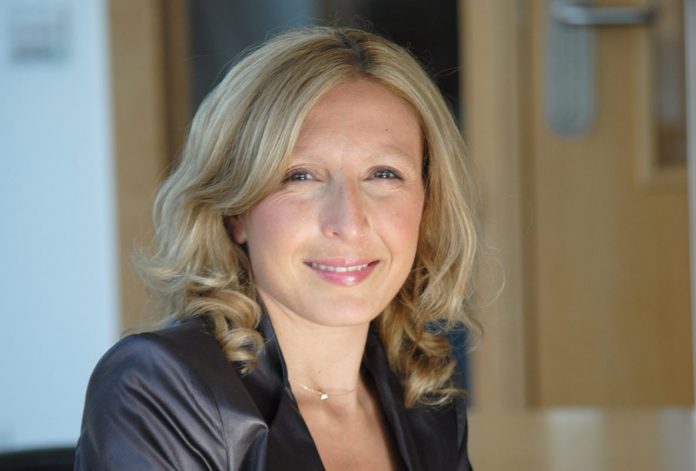 Energy storage will be more important in the future than at any time in history. Climate change and the decreasing availability of fossil fuels require society to move towards more sustainable and renewable resources. As a result, we are observing an increase in renewable energy production from sun and wind, as well as the development of electric vehicles or hybrid electric vehicles. Because the sun does not shine during the night, wind does not blow on demand and we all expect to drive our car with at least a few hours of autonomy, energy storage systems are starting to play a larger part in our lives.

Batteries and supercapacitors are two very complementary types of energy storage devices. The first stores energy electrochemically, whilst the latter electrostatically. Compared to batteries, supercapacitors have much longer lifetimes and cyclabilities (charging/discharging). Batteries so far have secured the biggest slice of the energy storage market, being able to deliver much higher energy densities; supercapacitors, on the other hand, hold one tenth of the electricity per unit of volume or weight, in comparison, but can achieve much higher power densities. This means that they can be charged and discharged extremely quickly. Together these are the power technologies of choice for consumer electronics, traction, automotive and industrial needs.

Apart from the mere optimisation of the parameters involved in the operation of these devices, one of the most crucial challenges that scientists are facing is the poor mechanical and thermal stability of the materials used in the current technologies. In fact, the accommodation of ionic species in the charging/discharging process is usually accompanied by enormous volume changes and structural failures in the host electrodes.

To meet the ever-increasing requirements for such a variety of very demanding applications, Professor Nicolosi at Trinity College Dublin is developing new materials and chemistries to achieve higher energy density, higher power density, and longer lifetimes. Moving from classical bulk materials to nanoscale can in fact significantly change properties, and consequently the performance, when used in energy storage devices. Within this context, 2D nanomaterials have attracted considerable interest in the last few years, offering significant advantages towards more classical bulk materials.

While graphene is the most well-known 2D system, hundreds of other inorganic layered materials exist, all displaying a wide range of properties. These materials can commonly be exfoliated in liquids producing semiconducting, metallic and insulating inks, figure 1(a) that in turn are the building blocks for manufacturing a wide range of energy storage device typologies (classical coin-cell batteries (b) and ultra-thin, transparent, flexible supercapacitors produced by conventional roll-to-roll technologies (c) and by simple ink-jet printing (d)). 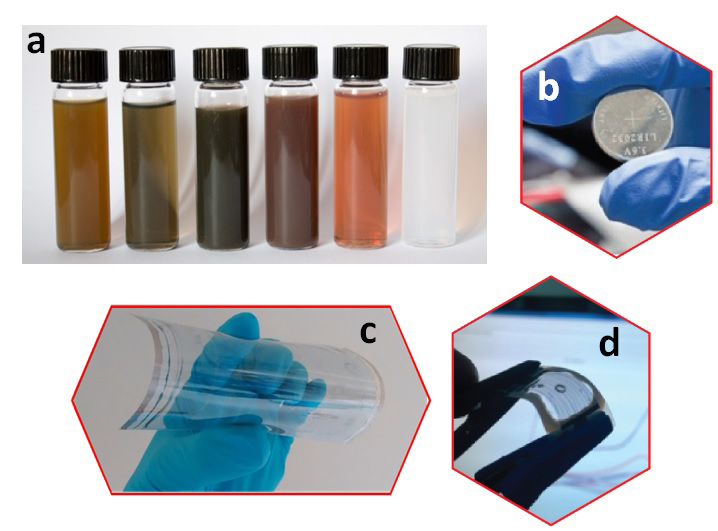 Most importantly 2D nano-sheets have offered the unique possibility of manufacturing conductive, temperature resistant, robust, thin, easily assembled highly flexible and all-solid-state devices for the portable electronics industry. This opportunity is particularly relevant from the industrial point of view, especially in relation to the temperature at which these devices are usually exposed to in the application (between -60ºC and +120°C) and the flammability issues of the electrolytes used for commercial energy storage devices at present.

Professor Valeria Nicolosi is internationally regarded as a leading expert in the field of processing of low-dimensional nanostructures and high-end electron microscopy.

She received a BSc in Chemistry from the University of Catania (Italy) in 2001 and a PhD in Physics in 2006 from Trinity College Dublin. In 2008 she moved to the University of Oxford with a Marie Curie IEF. She was awarded a UK RAEng/EPSRC Fellowship later the same year. In 2012 she returned to Trinity College Dublin, becoming ERC Research Professor at the School of Chemistry and principal investigator in CRANN nanoscience centre. Today she is the Chair of Nanomaterials and Advanced Microscopy in Trinity College Dublin, she is a PI in the Science Foundation Ireland funded Advanced Materials and BioEngineering Research Centre (AMBER), and she is director of CRANN’s Advanced Electron Microscopy.

To date, Professor Nicolosi has published more than 150 papers in high-profile international journals and delivered more than 90 invited/plenary presentations at major conferences/institutions/public events. Since her arrival in Ireland in 2012 she has been awarded more than €12 million of funding for her research.

To date Professor Nicolosi has been awarded five European Research Council Awards, a Starting grant in 2011, a Consolidator grant in 2015 and three Proof-of-Concept grants in 2013, 2014 and 2016 respectively.

Professor of Nanomaterials and Advanced Microscopy