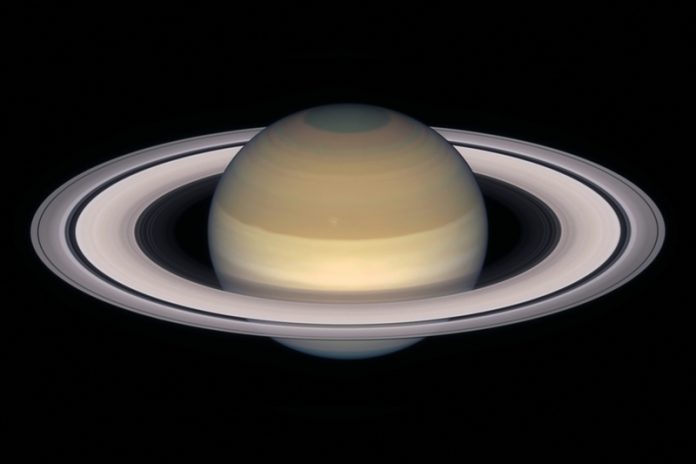 Nasa spacecraft Cassini, a veteran traveller of the Solar System, is set to complete its mission and crash into Saturn’s atmosphere this week

The international Cassini space probe is set to complete its mission at the end of this week, plunging into Saturn’s atmosphere, destroying the materials of the Nasa spacecraft.

Its components will be dismantled and dissolved in the gas giant’s atmosphere.

The probe arrived at Saturn 13 years ago and has used the gravity of Saturn’s moon Titan to move around the planet and take photographs of its atmosphere, rings, and moons.

Its fuels and propellants are nearly exhausted and Nasa has determined that the best course of action is to have it fully disposed of rather than continue to orbit the planet.

Without the crash, the probe may fall into one of Saturn’s moons and contaminate them with earthly bacteria, affecting any life that could possibly exist there.

Astronomers are now speculating whether or not its swan song will be visible from Earth.

“This final encounter is something of a bittersweet goodbye, but as it has done throughout the mission, Titan’s gravity is once again sending Cassini where we need it to go.”

The Cassini probe has sent thousands of images of Saturn back to Planet Earth since its launch in 1997, providing unprecedented looks at the planet and its iconic rings.

It captured the first images of Titan in 2005, the most distant landing in our solar system ever at the time.

It also found water based ice on Saturn’s moon Enceladus and revealed Titan to be ‘Earth-like’ with rivers, lakes, and rain.

Perhaps most intriguing were its images of the planet’s rings close up, revealing the individual threads of ice which make them up, and the revelation of their role in the birth process of moons.

Even in its last few trips around the planet, it revealed that its atmosphere extended further than previously thought.

The Cassini mission control has asked Nasa to use the Hubble telescope to capture the probe’s final moments.