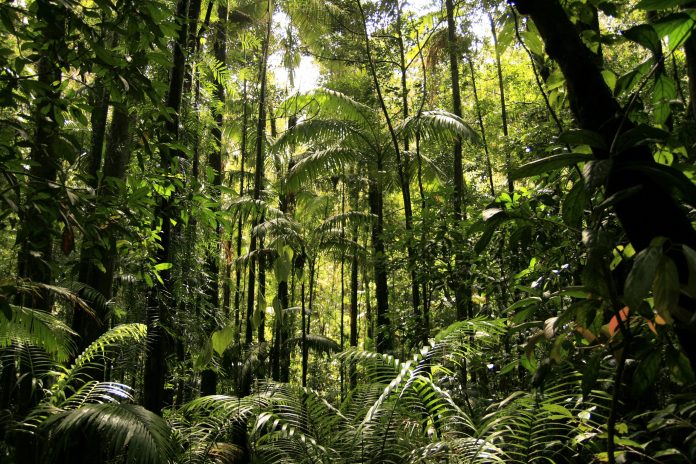 Allowing forests to naturally re-grow has been shown to be an effective strategy in tropical forests, reversing deforestation at a fast rate

Tropical forests are frequently being cleared for agriculture uses at alarming rates, as this deforestation continues, emitting vast amounts of carbon dioxide into the atmosphere, researchers looked at reforestation tactics to assist tropical forests.

However, they found that tropical forests don’t necessarily require advanced methods of reforestation – they can naturally regenerate very fast by themselves, when left alone.

In research conducted by an international team of tropical ecologists, led by Clemson University, they demonstrated that natural regeneration of forests can recover forests surprisingly faster than other methods, and additionally play a vital role in climate change mitigation.

As tropical rainforests are crucial to global ecosystems, given that they absorb carbon dioxide, the effects of deforestation through agricultural farming threaten numerous species – including humans.

The researchers analysed how 12 forest attributes recover during the natural regeneration process and how their recovery is related. They found that secondary forests regrow naturally after nearly complete removal of forest cover for anthropogenic use, mostly for shifting cultivation, conventional cropping, or cattle ranching.

More than half of the world’s tropical forests are not old growth but naturally regenerating forests, of which a large part is secondary forest, especially in the neotropics, where secondary forests cover up to 28% of the land area.

“The services that tropical forests provide are important not just to the people who live around them, but to the globe. We’re trying to keep the climate from changing, and one of the key ways we can do that is making sure that we’re taking up carbon dioxide and storing it rather than releasing it into the atmosphere.”

It was noted that if the deforested area is not too big or farmed too much, a nearby forest could provide a nourishing and interconnected ecosystem necessary for a new forest to grow. However, some cases do still require reforestation.

They additionally analysed recovery in functional properties of 30 tropical forests across North and South America, using data from over 1,000 plots and 127,000 trees. They measured seven traits that are important for drought tolerance and productivity.

From this, they acknowledged that dry and wet forests strongly differ in their functional composition, follow different successional pathways, but become more similar in functional characteristics as forests grow older.

The findings showed species turnover in dry forests was driven initially by traits that improve resistance to drought, such as smaller leaf size. In wet forests, traits associated with faster tree growth were most common initially.

These features were later associated with faster growth and greater tolerance to the shaded conditions of these tall and closed-canopy forests drove species turnover.

Lourens Poorter, a professor at Wageningen University in the Netherlands and lead author of the study, said: “While it is essential to actively protect old-growth forests and stop further deforestation, tropical forests have the potential to regrow naturally in already deforested areas on abandoned lands. These regrowing forests cover vast areas and can contribute to local and global targets for ecosystem restoration.”

DeWalt finalised: “If there’s no source for seeds, heavily degraded soils, and no way for animals to get there, that’s going to be a problem. There will be times when planting will be necessary. If we need to actively reforest, the functional traits of species could be simple indicators to know which species to plant.

“Preservation of old-growth forests is the gold-standard for forest conservation, but all of our studies show that allowing secondary forests to regrow – assisted or even unassisted – can be an important part of the toolkit for tropical forest conservation.”