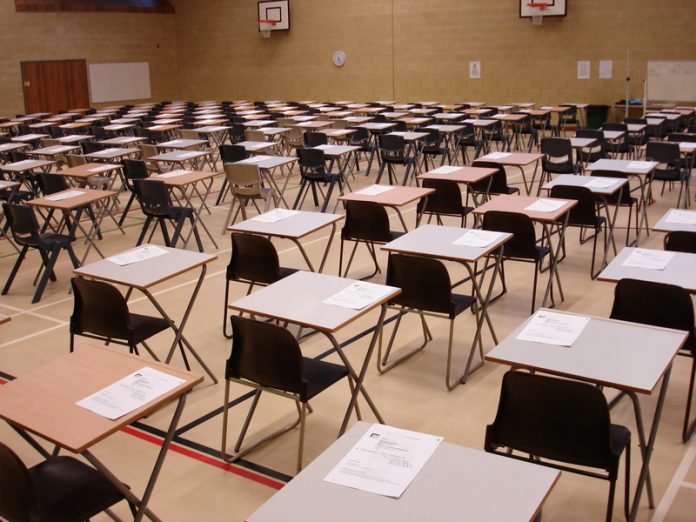 Thousands of students across the UK are currently awaiting their GCSE results from exams taken over the summer.

This year a new marking system has faced scrutiny from some, who have labelled it ‘confusing’.

Now some are saying that these ‘new style’ GCSEs, along with producing extra workload for examiners, are some of the most difficult students have faced since the introduction of GCSE exams.

Chairman of the Independent Schools Council Barnaby Lennon said of the exams:

“They contain questions of a level of difficulty that we have not seen since the abolition of O-levels in 1987.”

He adds that with the new grading system achieving top marks is nearly impossible, putting a strain on high-achieving students.

He says that without the support to ‘jump higher’ the new system will not help pupils achieve their full potential.

However, John Blake, Head of Education at the Policy Exchange think tank, backed the new exams, saying they were ‘rightly’ demanding.

A study by the Education Policy Institute found that UK students were behind the achievements of pupils in China, Japan, Hong Kong, and South Korea.

It is hoped that the new number grades will boost achievement, putting UK pupils on par with others around the world.

However, children and young adults in East Asia have been found to experience high levels of stress, with some putting it down to greater academic pressure placed on them and the emphasis on ‘cramming’ in information.

“If your sister got a string of A*s and you’ve been told you’re just as bright and you get 7s and 8s, you’re going to feel pretty miserable.”

The UK still has a long way to go in matching their peers across the globe, but care must be taken to avoid placing too much pressure on pupils.