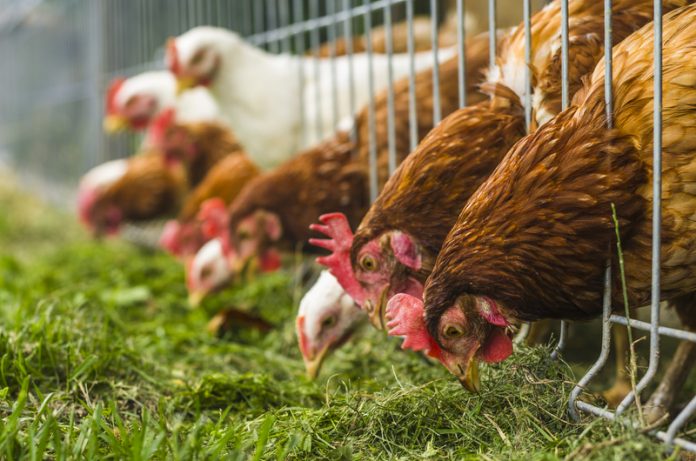 Raymond J. Turner, PhD, and Natalie Gugala, PhD Graduate student, University of Calgary discuss the increasing use of metal antimicrobials and the importance of research into mechanisms of resistance and toxicity…

The overuse of antimicrobial agents in agriculture is considered one of the key contributors to antimicrobial resistance worldwide. A number of strategies to mitigate this problem have been suggested, including: reducing and eliminating antibiotics in food-producing animals, increasingly monitoring the use of antimicrobial resistant organisms in such animals, and managing practices by implementing alternatives. In fact, one such alternative to organic antibiotics that has received considerable attention is the use of metal ion species with proven antimicrobial activity.

The recurrent use of antibiotics to treat food-producing animals is a prophylactic approach that controls disease in crowded production facilities. A secondary benefit to the use of these antibiotics in agriculture is the enhanced growth of food-producing animals. Yet, the advent of antibiotic resistant super bugs, in combination with the surge of social awareness into the quality of food, has increasingly generated a call for antibiotic- and hormone-free animal products. An enhancement to this dilemma is the substantial amount of antimicrobials currently used to control infective microbes that cause plant diseases, predominantly in vegetable and fruit crops.

Prior to the 2000’s, research into the mediation of bacterial resistance to various metal ions and so-called ‘heavy metals’, was the realm of a few dozen scientists worldwide. The scientific world would see more than 50 publications per year on this subject. Furthermore, increased recognition of multidrug resistance in a variety of clinically significant bacterial strains was taking place. This led to an increase in the number of publications in the field of metal-based antimicrobials. Their use is now prevalent, and has continued to increase rapidly since 2010, evident from the hundreds of publications produced each year.

Since the 1960’s, researchers have explored bacterial resistance to toxic metals and as a result, numerous genes conferring metal resistance have been uncovered. While no single mechanism delivers bacterial resistance, several simplified strategies can be generalised from the appreciable amount of literature that has interpreted physiological adaptations of metal stress. Firstly, many microorganisms will restrict the influx of metal ions by regulating the expression and activity of proteins involved in metal uptake. Similarly, metal ions facilitating cell toxicity can be removed from the cell through the activation of several efflux systems. Thirdly, the sequestration of toxins in the both the extracellular and intracellular environment can trap metal ions. These metal species become purposely bound to organic biomolecules. Bacterial cells are also capable of repairing damaged biomolecules after a reaction with metal species. Similarly, several bacteria are adapted to chemically modify metal ion species, altering their reactivity and toxicity in the cell. Lastly, once the activity of a metabolic protein is terminated, bacterial cells are capable of using alternative pathways to bypass such damage.

The mechanisms of metal toxicity are less understood compared to those of metal resistance in bacteria and other microorganisms. Nonetheless, several pathways have been proposed and extrapolated from observations of metal toxicity. Some of these include, the generation of reactive oxygen species, which then cause significant damage to cell structures, protein dysfunction and the loss of enzymatic activity, decreased membrane function through the disruption or detachment of the cellular membrane, interference with nutrient and essential metal uptake, and the incidence of DNA mutations. Our group has repeatedly demonstrated that metals are very effective at killing a wide diversity of microorganisms at low concentrations, yet determining the direct and subsequent downstream effects of metal exposure is not trivial. Understanding the mechanisms of metal toxicity and resistance requires comprehension of the intricate interplay between metal speciation and its chemical characteristics, cell physiology and metabolic diversity, the choice of in vitro and in vivo experimental conditions, and direct and indirect targets.

Now that we are faced with a number of new, re-emerging and recurring community acquired and nosocomial pathogens that are antibiotic resistant, and with the antibiotic development pipelines running dry, the use of metals as antimicrobials is enticing. Use has moved past clinical trials, and metal compounds can now be found in wound dressings, liquid formulations for hand washing, impregnated into consumer textiles, and on medical devices. In the agricultural industry, metals are used as antifungal seed dressings, pesticides, wood preservatives, and as animal feed additives. In fact, several countries have begun to substitute the use of traditional antibiotics with metal compounds, such as copper and silver. On the surface, this strategy appears superior. Yet, their use considerably increases metal load in soils and ponds, notably altering microorganism communities and the surrounding ecosystem. Furthermore, recent research has noted that even though antibiotics were banned, studies of soil microbes exposed to metals became ‘primed’ for increased resistance transmission. Although far more research is required to understand if increased antibiotic resistance is facilitated through metal antimicrobials, we cannot help but ask ourselves if we are taking two steps backwards after our perceived step forward. With this in mind, we need to be aware that a solution to the overuse of antibiotics in medicine and agriculture with the replacement of metals may encourage a more intricate problem.

On September 21, 2016, an antimicrobial resistance summit took place at the United Nations General Assembly in New York City; an event that has only occurred three other times in UN history. The objective of this high-level meeting was to stimulate solid multi-sectorial commitment in addressing antimicrobial resistance. While this plan is now acknowledged, it is time to undertake this responsibility. Overall, we need to progress our stewardship, reduce the use of antimicrobial agents in all sectors of application, such as human and veterinary medicine, household and institutional settings, agriculture, industrial, and in consumer products, and increase public awareness and action. Lastly, it is primary to recognise that the status of antimicrobial resistance, let alone the mechanisms of metal toxicity, is a complex problem, and requires both influence and insight from politicians, physicians, veterinarians, and other stakeholders. Before the use of novel antimicrobials, such as metal-based compounds, is approved, it is imperative that we equip ourselves with solid scientific evidence that exposes the mechanisms of both toxicity and resistance in microorganisms.