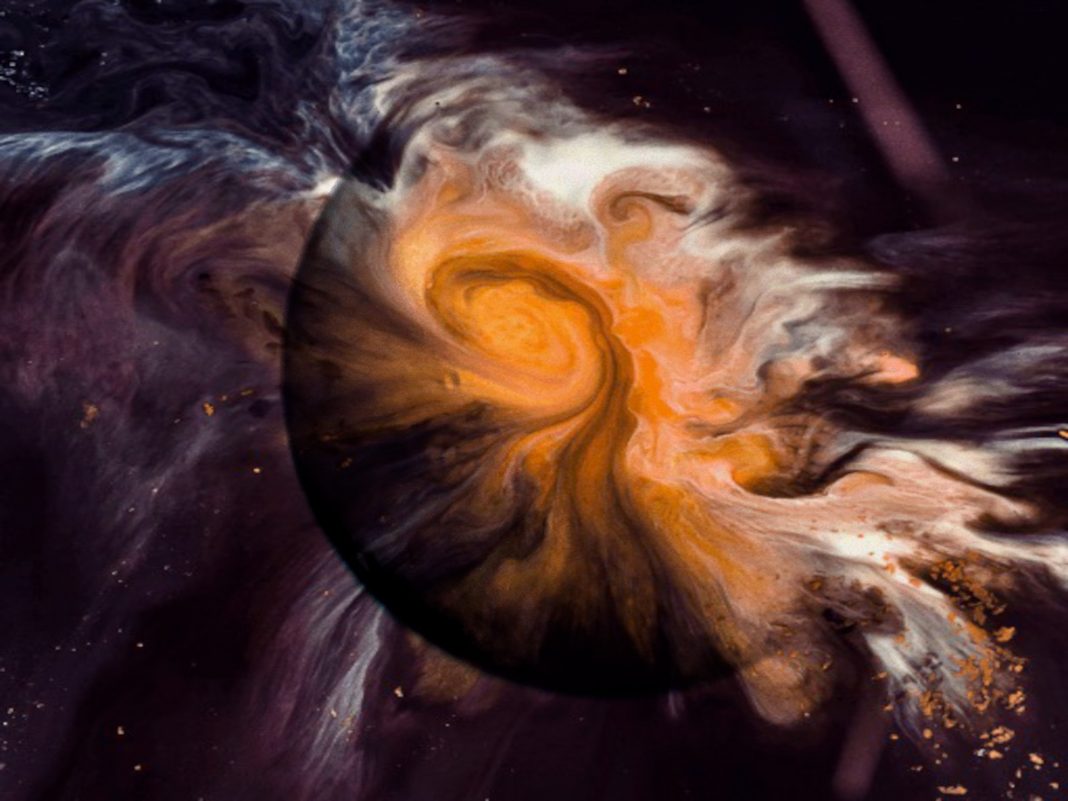 Astronomers have discovered that stars, even when near death, can possibly still birth planets

Though planets are not usually much older than the stars around which they revolve – as seen in the case of the Sun: which was born 4.6 billion years ago, with the Earth’s formation being not long after.

KU Leuven astronomers have learnt that an entirely different scenario is also possible, that even if stars are near death, some types of stars can possibly still form planets.

Planets such as Earth and other planets were formed not long after the Sun. As the sun began burning around 4.6 billion years ago, matter around it eventually clumped into protoplanets, forming our solar system

The birth of the planets in that protoplanetary disc – a ‘gigantic pancake’ made of dust and gas (as described by authors), with the Sun in its centre – explains why they all orbit in the same plane.

The aforementioned discs of dust and gas do not specifically only surround newborn stars, however. They can also develop independently from star formation, as seen with binary stars, when one of which is dying (binary stars are two stars that orbit each other, also called a binary system).

When a medium-sized star, like the Sun, comes to die, it catapults the outer part of its atmosphere into space, after which it slowly dies out as a so-called white dwarf.

However, in the case of binary stars, the gravitational pull of the second star causes the matter ejected by the dying star to form a flat, rotating disc. Furthermore, this disc strongly resembles the protoplanetary discs that astronomers observe around young stars elsewhere in the Milky Way.

The new information which KU Leuven researchers introduce in this study however, is that the discs surrounding evolved binary stars demonstrate signs which could point to planet formation, highlighting that this is the case for one in ten of these binary stars.

KU Leuven astronomer Jacques Kluska, first author of the article in the journal Astronomy & Astrophysics in which the discovery is described, said: “In 10% of the evolved binary stars with discs we studied, we see a large cavity (a void/opening, ed.) in the disc. This is an indication that something is floating around there that has collected all matter in the area of the cavity.”

Planets may not form at the beginning of one of a stars’ life, but at the end

The researchers uncovered this information when drawing up an inventory of evolved binary stars in our Milky Way, based on existing, publicly available observations.

Counting 85 of such binary star pairs, in ten pairs, the researchers came across a disc with a large cavity on the infrared images.

The researchers additionally suggest that the ‘clean-up’ of the matter could be the work of a planet – that planet might not have formed at the very beginning of one of the binary stars’ life, but rather, at the very end.

Finding further strong indications for the presence of such planets, the researchers do not rule out the possibility several planets could be formed around these binary stars.

Kluska said: “In the evolved binary stars with a large cavity in the disc, we saw that heavy elements such as iron were very scarce on the surface of the dying star. This observation leads one to suspect that dust particles rich in these elements were trapped by a planet.”

Professor Hans Van Winckel, head of the KU Leuven Institute of Astronomy, said: “The confirmation or refutation of this extraordinary way of planet formation will be an unprecedented test for the current theories.”

The KU Leuven astronomers plan to verify their hypothesis themselves by using the big telescopes of the European Southern Observatory in Chile to take a closer look at the ten pairs of binary stars whose discs show a large cavity. They suggest that if this is confirmed, theories on planet formation will need to be adjusted.