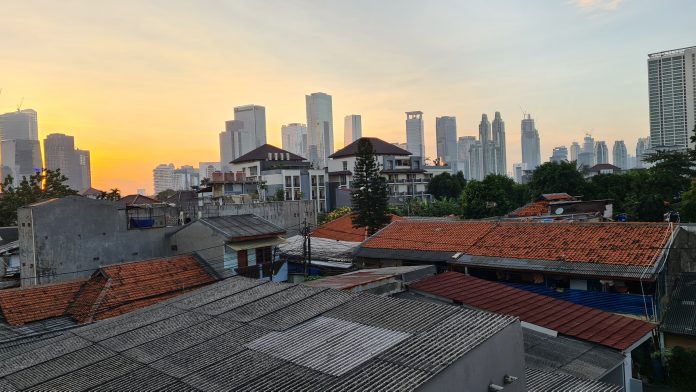 If the UN Sustainable Development Goal to tackle poverty – aiming for over one billion people to be out of poverty by 2030 – were to be reached, there would only be a minimal impact on global carbon emissions.

This data points out the overwhelmingly high disparity between rich and poor nations and their carbon emission rates. It seems that there must be a serious reduction in carbon emissions and consumptions for larger, richer countries, to actually enable climate change goals to be met.

Researchers from the University of Groningen, with colleagues from China and the US, took analyses from a new Consumption and Poverty Dataset established in collaboration with the World Bank.

The World Bank Consumption Dataset differentiates between 201 different expenditure categories in 116 different countries, representing about 90% of the global population.

The researchers used this data to calculate the carbon footprint of expenditures of different groups in these countries as well as the national poverty lines in each of these countries.

They did not just calculate carbon emissions nationally, however. Using an environmentally extended multi-regional input-output approach to include emissions from the global supply chain also, they took into account that crossing the poverty line in a rich country would cause a bigger change in the carbon footprint than in a poor country.

Taking over one billion people out of poverty worldwide would increase global carbon emissions by 1.6 to 2.1 percent – this is only a 0.5% increase, which demonstrates that there is minimal climate impact to lessen poverty.

“Consuming less is the only option”

2015 set the world off with plans to combat world issues like climate change and fighting poverty. Where the UN formulated their Sustainable Development Goals to be a ‘blueprint to achieve a better and more sustainable future for all’, the Paris Agreement additionally was formed to combat climate change.

However, addressing poverty can go hand in hand with climate goals, but it will take a much bigger participation from the countries which are actually causing the major emissions – the richest 1%.

Klaus Hubacek, Professor in Science, Technology, and Society, said: “With this information, I was able to calculate what the effect of poverty alleviation on carbon emissions would be when someone would move from an expenditure group below the poverty line to one above it.”

The idea that economic growth can be uncoupled from carbon emissions is unrealistic. Very few countries have managed to attain this poverty and carbon emission threshold though.

Professor Hubacek said: “In Europe, an average person emits about six tonnes of carbon per year. But most people in poverty emit less than one tonne. And the super-rich of this world have carbon emissions of over one thousand tonnes. Consuming less is the only option.”

Benedikt Bruckner, a master’s student of Energy and Environmental Sciences, finalised: “Technology won’t save the day. Our study shows that the responsibility to reduce carbon emissions lies with the rich countries. We need to give poorer countries the opportunity to lift their people from poverty.

“The reason for this is a huge inequality in carbon emissions.”