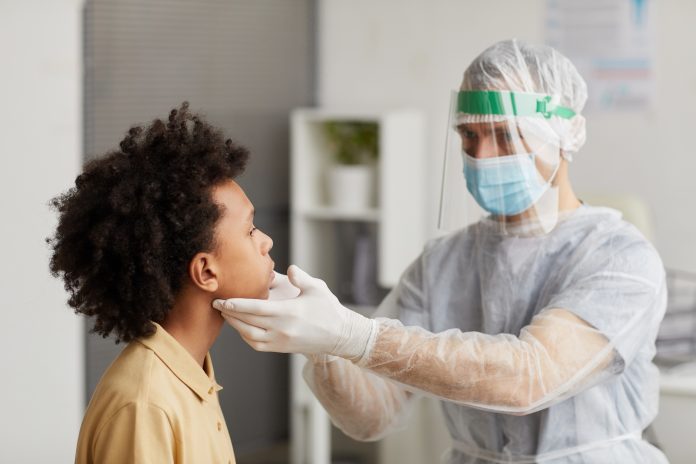 A paediatricians’ group in the US have made moves to abandon racial medical guidelines, which create disparities in healthcare

Previous racial medical guidelines included in US healthcare have resulted in health disparities, due to linking race to health conditions like urinary infections and jaundice in newborns – which are inherently flawed.

“Doctors (are) concerned that Black youngsters have been undertreated and overlooked”

A policy announced by the American Academy of Paediatrics stated that guidance needs to be reviewed and changed to eliminate “race-based” medicine and resulting health disparities.

Inaccurately using race adjustment factors can affect populations and patient outcomes based on bias and not actual medical data.

The report states: “Perceptions of physiologic differences based solely on racial phenotypes have long been intertwined in the practice and teaching of medicine.”

Paediatricians, like most doctors, follow guidelines in their healthcare practice. However, these guidelines have recently been found to falsely link race to risks of urinary infections and newborn jaundice.

Following recent social justice movements to influence change against racism and racist structures – as seen frequently in healthcare – paediatricians have noted the disparities in racial medical guidance which are false and potentially damaging.

Dr. Joseph Wright, the lead author of the new policy, said: “A re-examination of AAP treatment recommendations that began before George Floyd’s 2020 death and intensified after it has doctors concerned that Black youngsters have been undertreated and overlooked.

“The influential academy has begun purging outdated advice. It is committing to scrutinizing its ‘entire catalogue,’ including guidelines, educational materials, textbooks, and newsletter articles.

“We are really being much more rigorous about the ways in which we assess risk for disease and health outcomes. We do have to hold ourselves accountable in that way. It’s going to require a heavy lift. What makes this so monumental is the fact that this is a medical institution and it’s not just words. They’re acting.”

Other healthcare institutions have similarly followed this path of altering racial medical guidance. For instance, changes made in the American Medical Association have also been driven by civil rights and social justice movements – as well as by the science which demonstrates the strong roles that social conditions, genetics and other biological factors play in determining health.

The academy recently eliminated a guideline calculation based on the unproven idea that Black children faced lower risks than white kids for urinary infections. Research following the guideline in review exemplified that the strongest risk factors were prior urinary infections and fevers lasting more than 48 hours, rather than race.

Now, with revision to guidance around newborn jaundice – which currently advises that certain races have higher and lower risks – is changing and will be reviewed without the basis of racial medical guidance.

To eliminate racism in medicine, the AAP recommends: