In the digitization of the everything stage we’re stuck on; Recursive Urbanism explores endurance strategies. It is a discipline which examines the intersection of artificially intelligent machines (code) and the City Street. It looks to the street as a stage to probe how we are being changed by information technologies, and as a platform to assemble collaboratives to shield us from toxic medias.

Recursive Urbanism is the result of a twenty-five-year hybrid design and litigation praxis. This fusion was built in the street and in the courtroom. Guzzardo’s design tactics include nightclubs, outdoor projections, street-front media labs, street theatre, remix concerts, gallery installations, documentary film and webinars. The attempt to occupy / use the street as a storyboard to probe “altered digital states” provoked a run of lawsuits. Bleak House like litigation documents describe the obstacles that cuffed delivery of a recursive street protocol. As a synoptic design tool and as a litigation hammer, Recursive Urbanism has been detailed in a line of academic publications, and installations. It is also set out in documentaries and in the e-book “Hackerspace for Myth Making | The Manual.”

Paul Guzzardo is a lawyer, media activist, and artist-designer. He is the innovator of the discipline.

Guzzardo is currently a visiting fellow at the Geddes Institute for Urban-Research – University of Dundee, Scotland, and a member of a UNESCO Media Information Literacy Innovation Committee.

He was a former legal counsel for District 34 of the United Steelworkers of America. In the 1990’s he served a 3-year stint as an agent-manager of the eminent Hindustani musician Ustad Imrat Khan. Guzzardo was a co-author of Khan’s unpublished autobiography: TAASEER: THE WORLD OF INDIAN CLASSICAL MUSIC. TAASEER examined the Calcutta Renaissance, Imrat Khan’s musical heritage, and a recursive grammar traced to Sanskrit. Praxis Chronicle, Upcoming: April 2022: After Geddes: Follow the Raga Webinar and Projections. The Webinar will be in conjunction with a planned multi-city projection- display of an archival Imrat Khan performance. In October 2021, the Ong 21- Cabool Webinar examined Recursive Urbanism and “Art as Radar”. “Art as Radar” was developed in the writings of Marshall McLuhan. Andrew McLuhan, Director at The McLuhan Institute, was a Webinar participant.

The Guzzardo praxis was profiled in the Research Outreach article “The Algorithm that Ate the Street: A Recursive Urbanism.” In 2018-2020, eight Recursive Urbanism storyboards were exhibited at the 16th Annual International Conference of the Architectural Humanities Research Association at the University of Dundee. They were also the subject of “Architecture and Culture Volume 8, 2020, Issue 3-4”. Multiple Recursive Urbanism workshops were conducted in graduate architectural studios at; The Facultad de Arquitectura, Diseño y Urbanismo (Universidad de Buenos Aires), The Universidad Nacional de La Matanza, and The University of Plymouth (UK).

The workshops explored the role of architects and urban designers in an accelerating digital ecology through the following:

1) Examining the impact digital networks / the data cloud had on their respective communities;

3) And initiating conversations about myth and the practice of architecture, how myths contain seeds of new stories, and how stories can incrementally increase intelligence.

Over two hundred architecture students, and twelve professors participated in the workshops.

His work can also be found here. 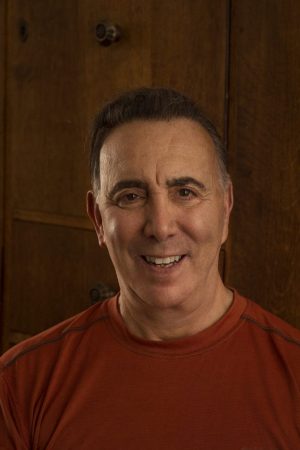 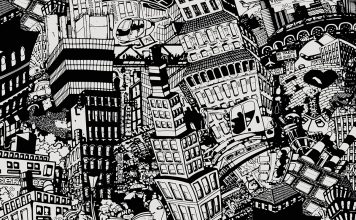 What is Recursive Urbanism?