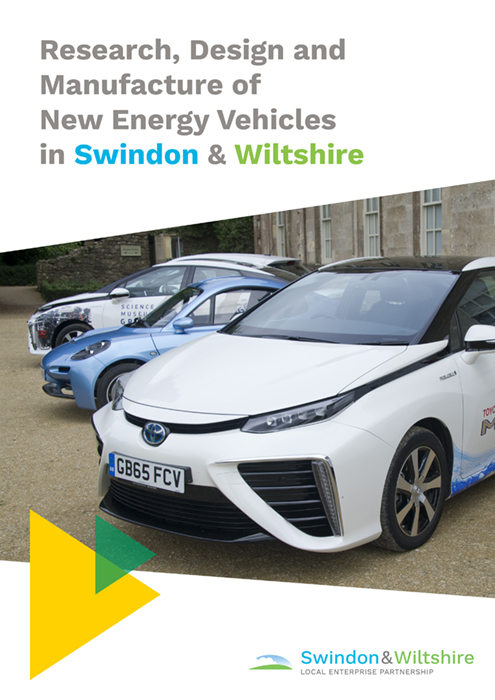 The area is committed to supporting low carbon industries and Swindon is the only place outside London to have installed two hydrogen refuelling stations, including the UK’s first public access station. Wiltshire County Council has also installed twin fast charging units as part of its Local Sustainable Transport Fund project.

Of course, Swindon and Wiltshire have been a base for some of the leading global names in the automotive sector for many years, including Honda UK Manufacturing, Hyundai, Toyota and BMW, which has been operating in Swindon for more than six decades. The new MINI Electric Concept was designed at BMW Cowley.

Since 2014, Honda Manufacturing UK has also operated a solar-powered hydrogen production facility at its Swindon base, which can provide hydrogen directly to fuel cell vehicles. Honda produces the FCX Clarity, the world’s first commercially available hydrogen-powered vehicle and also provided hydrogen taxis for the 2012 Olympics.

Over 50 organisations are already working together in and around Swindon through the Hydrogen Hub to promote the commercial use of hydrogen applications, including automobiles.

This year the Hydrogen Hub launched a Car Showcase, which saw some of Swindon’s biggest employers, including Nationwide, the National Trust and the Science Museum, display the cutting-edge green vehicles they are using within their fleets to businesses and the public. The vehicles were funded as part of a successful bid to the Office for Low Emission Vehicles supported by the Hydrogen Hub and Swindon Borough Council.

Wiltshire is also home to Dyson, which since 2015 has been working on a £2.5bn project to produce what the company’s founder Sir James Dyson described as “radically different” electric vehicles set to hit the market in 2020.

With all this and much more besides, this ebook provides a fascinating insight into Swindon and Wiltshire’s well-earned reputation as a hotbed of expertise in New Energy Vehicles, as well as an exciting glimpse into the future of the automotive industry.