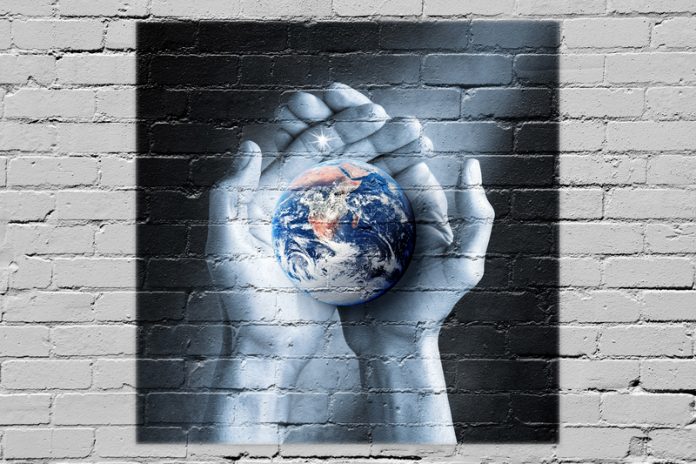 The United Nations Framework Convention on Climate Change (UNFCCC) was created in 1992, at the Earth Summit, as a reaction to the first assessment report of the Intergovernmental Panel on Climate Change (IPCC), which identified that the planet was warming. Since then, each IPCC assessment cycle (every 5 to 7 years) has been reflected in the instruments agreed under the UNFCCC. However, the agreements are still not keeping pace with the need for immediate and ambitious climate action that the IPCC has highlighted as necessary to avoid higher levels of global warming, which implies greater risks to populations and the ecosystems on which they depend.

In 2018, governments had difficulties welcoming the IPCC special report on the impacts of global warming of 1.5°C above pre-industrial levels, which they had asked the IPCC to prepare. The report was requested to understand the implications concerning the risks and emissions trajectories related to the most ambitious target of the Paris Agreement, which had been little studied by then. After the approval and publication of two additional IPCC special reports, the Working Group I’s contribution to  the sixth assessment report (AR6), and more than 1.5 years of a pandemic that has challenged all regions in the world, the critical role of science to face global challenges has been confirmed.

The “Glasgow Climate Pact,” approved at the 2021 United Nations Climate Change Conference, more commonly referred to as COP26, held in Glasgow (Scotland), confirms this. In the first section of the Pact on “science and urgency,” it recognizes the importance of the best available science for effective climate action and policy-making.  It also welcomes the latest IPCC and WMO reports, and expresses alarm and concern about mean global warming of 1.1°C.  Finally, it highlights the urgency of increasing ambition and action on mitigation, adaptation, and climate finance in this decade to meet the objectives of the convention, as the scientific community has emphasized.

We are already experiencing a 1.1°C warmer world. The rate and magnitude of change do not have precedent for humankind. Ecosystems and societies need to adapt to these new conditions. Moreover, they need to prepare for higher levels of warming. To plan, design, and implement adaptation actions, governments (at all levels) and communities need access to the best science available. The COP26 decision “calls upon the research community to further the understanding of global, regional and local impacts of climate change, response options and adaptation needs”. The scientific community needs to act upon that call.

How does the COP26 connect to climate services and sectors

Climate services provide information to support society to adapt to and mitigate climate change, to become more resilient and to prepare for current and future climate risks. To make these services usable, it is essential to integrate local experts and practitioners early on in the co-development of the products, to inform decision-making processes. The COP26 had some take-aways and lessons for some of the key sectors for climate services development. Here, we share some insights to those take-aways and lessons.

Health was selected as a COP26 science priority area, to bring a stronger health focus and ambition. The WHO’s discussion paper ”Climate change and health research: current trends, gaps and perspectives for the future”, launched at COP26, outlines the progress and research needs on climate change and health. It highlights the increased prominence of health-climate connections during the last decades, and stresses that combating climate change may also be a big health opportunity for the 21st century. The main research gaps identified are the effectiveness of adaptation measures, the health impacts of mitigation actions, and potential health co-benefits. Health is critical to where people live, which is mainly in urban areas. The benefits of integrated urban services, which aim to combine information on weather, climate, and air quality, into usable services for cities, were highlighted. Also, the initiative on the Summary for Urban Policymakers of the IPCC AR6 was launched. It aims to extract and summarize key information from AR6 for urban policymakers. Throughout COP26 it was recurrently mentioned that effective urban and health services shall consider the combined effects of climate mitigation and adaptation, to ensure a healthy and livable future for all.

The COP26 also hosted a number of ocean-related events. The preamble of the Glasgow Climate Pact reinforces the recognition of the intangible links between the ocean, climate and biodiversity and the need to address them jointly in international climate and biodiversity processes. Of particular relevance for the coast was the support for ocean and climate change dialogue to consider how to strengthen adaptation and mitigation action and on the dialogue on the relationship between land and climate change adaptation related matters.

The Climate Pact invites the relevant work programmes and constituted bodies under the UNFCCC to consider how to integrate and strengthen ocean-based actions in their existing mandates and work plans. The role of the oceans was well-summarised by the Marrakech Partnership for Global Climate Action event at COP26 on “a healthy and productive ocean for a resilient, nature-positive and net-zero future”. The decisions of the Climate Pact, and its emphasis on the importance of science, will influence the development of climate services for integrating decision-making and scientific support across the land-sea interface. Science-based information services such as climate services should be customised for supporting the complex local decision-making in coastal communities, enable coastal resilience and ultimately, sustainable development of coastal areas.

In the case of infrastructure investments climate extremes and particularly compound or cascading events can lead to disruptive and disastrous impacts and lead to severe damages in infrastructure. To improve resilience against these disruptions, communication between the different actors and stakeholders needs to be improved to make climate information usable. For example, amounts of rainfall need to be translated into potential local impacts.

Furthermore, science has supported the call for a deep transformation of food and land-use systems. Risks over food security increase with global warming, affecting disproportionately the most vulnerable people who depend on agriculture and marine biodiversity. At the COP26 a series of coalitions, initiatives, and pledges took place: on food and land use from deforestation, on methane. There was also progress on the Policy Action Agenda for a Just Transition to Sustainable Food and Agriculture, and the Koronivia joint work on agriculture.

The Koronivia joint work on agriculture, emerged as decision 4/CP.23 in 2017 in Fiji. It aims to bring discussions of issues related to agriculture and food security to the convention. It has five relevant topics: adaptation and building resilience; soil health and soil carbon storage, including water management; nutrient use, and manure management; livestock management systems and intersections of the socioeconomic and food security dimensions of climate change and agriculture.  The roadmap of the Koronivia process will be discussed at the next intersessional session, and climate services can play a relevant role in bringing guidance on its implementation over different spatial and temporal scales.

In conclusion, during COP26, more than ever in the history of the UN climate change conferences, the pivotal role of science and science-based decisions became evident. Climate science is increasingly uncontested, and a shift is noticeable towards how to deliver on climate actions, based on the latest science. This increases the growing need to bring science closer to society. Climate services offer a great opportunity in this regard, to ensure reaching the mitigation needs, while simultaneously enabling effective adaptation to the unprecedented challenges humanity is facing and will further face in the future. Overall, a systemic perspective, strong interdisciplinarity and international collaboration and knowledge-sharing are needed to develop climate services that can support transformation towards global sustainability.