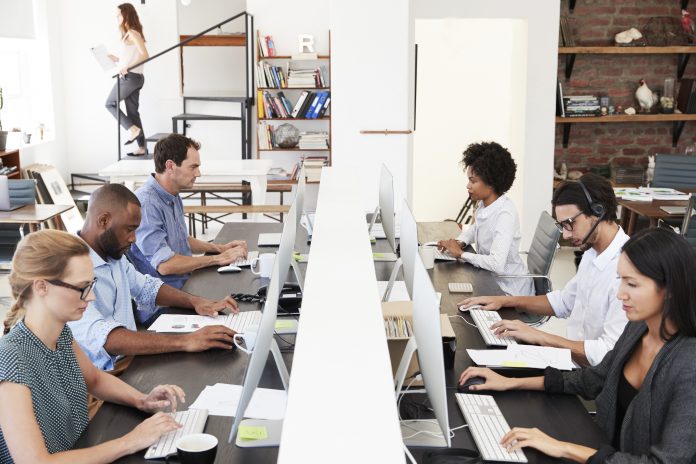 Despite the old saying, silence is not always golden and when it comes to the workplace, lack of everyday conversation can have a detrimental impact on team culture, trust, wellbeing and general mental health. The battle to build robust workplace cultures continues to wage as many struggle on with varying levels of mental illness (Mental Health at Work 2018 report – Seizing the Momentum) Growing economic uncertainty doesn’t help matters either and many have suffered some kind of impact as a result of this. Worse still, employees suffering with their mental health continues to be a growing concern for many businesses with rising numbers of people reportedly feeling, lonely, anxious, depressed, undervalued and siloed at work.

In our digitally immersed working world we are arguably, but unintentionally, breeding a nation of isolated miners, mining information on their computers as they endure the painstaking nine to five. It’s no wonder that so many are opting out of corporate life altogether. As the hours tick by, few words are exchanged between workers, the silence is almost deafening all apart from the monotonous sound of fingers clicking and tapping at keyboards. General conversation has declined over the last decade. People don’t talk anymore, at least not freely like they used to in the workplace 30 years ago. Yet it is this very natural ‘human’ act that stands at the core of successful businesses, trusted leadership and strong cultures.

A connected world where we don’t connect?

How can businesses expect to flourish in a world of silence, where conversation is secondary to electronic communication? We talk about a ‘connected world’ but are we really connected? Do we connect with each other day to day in the real world? If we allow our workplaces to become completely automated we run the risk of accidentally stifling what it is that makes us human, the ability to talk.

During periods of economic uncertainty, it’s fair to say that many businesses feel the waves of turbulence within their teams and this makes us all the more vulnerable when it comes to building strong, loyal cultures. People are naturally more anxious about their jobs, about the future impact of Brexit and are stressed by targets and daily pressures. All of this makes for a troubling and rather tricky platform upon which to build happy, productive and successful teams. But operating in silence isn’t the answer, we have to talk and we have to engage day to day.

Almost a quarter of people are currently stuck in a role they’re unhappy in, according to a recent LinkedIn study (Silicon Republic). The irony is, many business leaders now argue that we have already seen one of the happiest and rewarding times in the business, but that this generation grew up in a time when young people were given greater freedom to express themselves and climbed career ladders quickly as a result. The late 70s and 80s were the period of CND marches, great political debate, of university grants and of being given accountability at a younger age. Many leaders held roles at director or board level by the age of just 25; it begs the question, would that happen today?

Being exposed to life in a broader sense made people feel happy. Enjoyment at work mattered, as did the nurturing of lifelong friendships. So what is the answer? We have to place people back at the heart of business and life and show them that the work environment can be dynamic, brilliant, fun and full of opportunity. Culture can’t be forced, it should be natural, it’s about a mind-set and one that is built on trust, respect and belief.  But if businesses start to invest in their culture more seriously, they will not only increase productivity and profit but also reduce stress and mental illness in turn.

Social media is changing our psychology today too and this is a threat to the workplace in terms of people feeling they can make mistakes and take risks. Nobody wants to fail, especially in front of an audience. Perhaps it is time to redress the balance? It’s a long road of course, nothing is ever overnight but we have to start somewhere. There is enough evidence to prove that mental health is a huge concern in the workplace today, so there is no better ammunition than this to encourage business and leaders to take a step back and look at the whole picture. The working environment really does matter and although on the surface things might seem fine; one has to look a little deeper to discover the truth.

Are your team really happy? Is it a little too quiet in the office day to day? Do people talk to each other, are they building friendships at work, or are they simply trapped in an isolated bubble?

Consider this: in 1988, there was no such thing as the Internet, no email, few mobile phones, no social media. Life was slower-paced, less in the moment and as a result there was more time to reflect and think. There were less reports of mental illness too. Less cases of burn out, anxiety and stress amongst the workforce. The reality is, technology has changed lives and we have struggled to adapt to the long-term consequences of this. Now is the time to learn from the impact and find new solutions for the future.