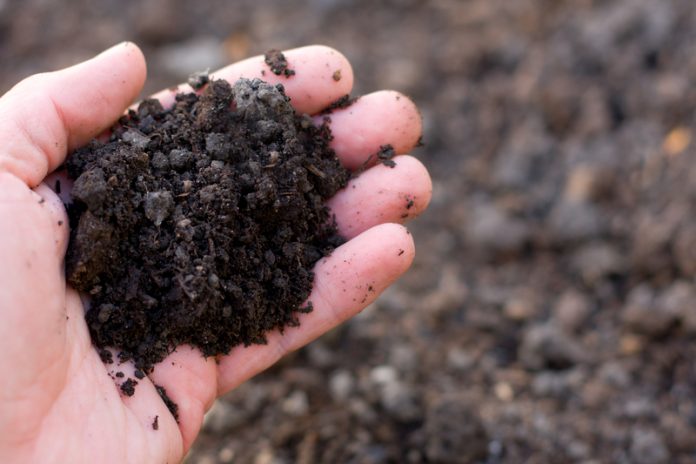 When the Italian astronomer Galileo Galilei wrote 400 years ago, “What greater stupidity can be imagined than that of calling jewels, silver, and gold ‘precious,’ and earth and soil ‘base’?”, he was highlighting the undervalued role of soil in sustaining human well-being. Unfortunately, political establishments and society at large, still continue to disregard the importance and true value of life-critical functions provided by soil. As the keystone resource for agriculture, soils also mitigate flood events, provide resilience during droughts, buffer the effects of pollutants and preserve cultural heritage, while regulating global nutrient cycles and climate processes[i]. With increased attention on biofuels, soil is even viewed in some quarters as a component of the energy sector.

Soils generate an abundance of valuable products and services for human well-being, also from a broader environmental perspective, and as the basis of economies. Yet the fact that soils perform many, if not all, of these functions simultaneously, albeit with different levels of efficiency, is due mainly to the presence, quantity and quality of soil organic carbon (SOC).

Soil is a biological entity, which distinguishes it from rocks, comprising organisms, plant and animal residues (some synthesised or exuded, others at various stages of decay). During decomposition, organic residues are converted into several carbon (C) products (about 58% of the mass of organic matter is C). These compounds, depending on their chemical composition, degradation pathway and soil characteristics, can be stabilised by different mechanisms. Therefore, in soils we can find carbon pools with turnover rates ranging from centuries to months or days.

A remarkable property of these organic carbon (OC) substances is their ability to enhance plant growth either by facilitating the exchange of nutrients (mostly metal cations) between the soil and the plant, or through aggregate formation which in turn enhances soil aeration, rootability and water holding capacity. Soils with low levels of OC are unable to perform these functions effectively; many agronomists consider soils with less than 1% SOC to be a precursor of desertification.

Levels of SOC, and the exchange between different pools, is governed by climate, soil characteristics, vegetation and the diversity of soil organisms. Anthropogenic activities, such as land take (urbanisation, infrastructure development), land use change (deforestation, abandonment) and intensive arable agriculture can have a major impact on natural SOC levels. The harvesting of crops results in a net export of C from the soil to ‘market’. Repetitive tillage results in disturbance of the C pools and its removal through mineralisation or erosion. Overgrazing or the use of crop residues for fuel, animal bedding or feed, also lower SOC content. Unless replaced by other sources, such as manure, OC levels in the soil will gradually decrease. Low SOC content is a trigger for decreased soil fertility, increased susceptibility to erosion and compaction, reduced resilience to droughts and pollution events, higher and more sudden flood peaks. The Status of the World’s Soil Resources report[ii] noted that 45% of soils in Europe have low or very low SOC content; while particularly evident in many southern countries, this occurs also in parts of France, United Kingdom, Germany and Belgium.

In parallel, the draining of peat (the most carbon-rich soil) and the associated loss of SOC has major consequences. Most European Union (EU) countries have lost 50-90% of their natural peatlands – the Netherlands has lost virtually all natural peatlands, Ireland has lost 93% of its raised bogs, most natural peatlands in Finland are impacted by drainage for forestry[iii]. Locally, these represent a loss of habitat and natural water management; globally, emissions of CO2 from extensive areas of drained peat contributes to global warming.

It’s worth reflecting on the fact that the soils of the EU store 73-79 billion tonnes of C[iv], equivalent to almost 50 times the annual greenhouse gas emissions of the EU. In this context, there is increasing realisation that soils are a significant component of the global climate system. This aspect was given a global platform during the recent UNFCCC COP in Paris through a French initiative, “4 pour mille”[v], which aims to significantly offset global carbon emissions by increasing SOC levels annually by 0.4% through changes in land management. Researchers have shown that several agricultural practices can be used to raise SOC stocks[vi] – these range from the conversion of cultivated land to grass or woodlands and the restoration of peatlands, to the use of green manure crops, optimising rotation patterns to provide a ‘pulse’ of organic matter, retaining and incorporating crop residues, reduced tillage, and increasing crop biomass.

Modelling carried out by the JRC[vii] showed that the adoption of such practices in the soils of the EU is generally effective, leading to an increased rate of carbon sequestration without significant impact on production and markets. Results can be improved by using combining measures (e.g. residue management with cover crops).  However, the research highlights that there is no single ‘silver bullet’ that can be applied everywhere, as local effectiveness reflects limitations imposed by climate, soil conditions and actual agricultural practices. Critically, the research shows that the impacts of such practices are effective only over short to medium timescales, after which a ‘saturation’ level is reached. While supportive of the concept, the research also indicates that achieving the targets of the 4 pour mille initiative may be challenging throughout the EU given current cropping patterns and land management policies; nevertheless, there may be possibilities at local scales. However, any increase in SOC levels is beneficial to soil functions; even if sequestration rates decrease from a peak, soils will have helped offset the impacts of climate change while alternative solutions to curb emissions are implemented.

We hope that this article has convinced you of the true value of soil organic carbon and, given its inherent role in our present and future well-being, should be treasured as the most precious substance on the planet.