Carbon sequestration is a concept that has been pervasive in discussions of climate change research and policy. The idea is simple enough. Any process, for example photosynthesis, that extracts CO2 from the atmosphere and stores it somewhere else will reduce the greenhouse effect and therefore should be encouraged. One of the greatest challenges with carbon sequestration has been the question of scale. The dramatic rise in atmospheric CO2 concentration, which is now over 400 ppm, is the result of decades of human activities across the globe including combustion of fossil fuels, deforestation, and cultivation of cropland. When we compile estimates of past and current CO2 emissions, the amount of carbon sequestration needed to offset these emissions seems daunting. The magnitude and length of time needed to sequester this much carbon has led to calls for massive, coordinated efforts that have thus far largely been ignored. Even though research has shown that reforestation and adoption of no-tillage agriculture are effective in sequestering carbon, neither practice has been widely employed for this purpose.

Perhaps one of the reasons for the failure of many carbon sequestration programs is the underlying premise that the practice to be employed needs to be widely adopted and implemented for a very long time in order to make any difference. In this context, a landowner is being asked to adopt a practice that they may perceive as only having value to the whole of society if and when many other landowners do the same. Failure of adoption therefore, may not be due to the lack of sufficient economic incentives as often stated. Instead, it may be that the schemes vision of success appears somewhat nebulous and is dependent on the similar actions of many others.

So, instead of thinking big, perhaps we should think small. I’m thinking of the inspiring 1973 book by E. F. Schumacher “Small is Beautiful – Economics as if People Mattered”. Schumacher argued that most economic analyses are fragmentary and narrow in scope, failing to include social, aesthetic, moral, and political assets in their assessment. He felt that intermediate scale solutions were optimal as the included some of the economies of scale but also addressed the other interests of individuals. Following his thinking, carbon sequestration programs should focus on adoption of a variety of practices with holistic and tangible benefits to the landowner in addition to their climate change mitigation potential.

The recent Conference of Parties meeting in Paris (COP21) produced a new and innovative proposal along the lines of the “Small is Beautiful” philosophy. The French Agriculture Minister Stéphane Le Foll led efforts for a proposal called the “4/1000 Initiative: Soils for Food Security and Climate”. The goal of the 4/1000 Initiative is to increase soil organic carbon by 0.4% per year, which would roughly offset the current annual CO2 emissions. This initiative represents a fresh approach to carbon sequestration by promoting a variety of practices like conservation agriculture, agroforestry, and landscape management that are adapted to local conditions. The key difference in this initiative is the focus on benefits for the landowner who, by increasing soil organic matter content, improves their soil health. The many ways that soil quality improves with carbon sequestration are nicely summarized in an article titled “Benefits of Soil Carbon” in the United Nations Environment Programme’s 2012 Year Book (http://www.unep.org/yearbook/2012/). The COP21 initiative is the first of its kind to promote a wide range of practices and to make the critical connection between carbon sequestration, soil health, and global food security.

Agroforestry is clearly identified as one of the practices targeted by the 4/1000 Initiative. The strategic planting of trees within or around grain and horticultural crops or forages for animal production brings multiple benefits for climate modification, diversification of income, and carbon sequestration in biomass and soil. When targeted for marginally-productive farmland, agroforestry improves soil health of poor or degraded soils while protecting the best land for food production. In 1873 the U.S. Congress passed the Timber Culture Act to encourage tree planting in the U.S. Great Plains. By agreeing to plant and tend 10 acres of trees, a settler could claim ownership of an entire 160 acre parcel of land. This practice was referred to as a “Tree Claim”. In 2016 I suggest that we use the platform of the 4/1000 Initiative to make a “Carbon Claim” to improve soil health and enhance food security in the 21st century and beyond. Integration of agroforestry practices (tree windbreaks, riparian buffers, alley cropping, silvopasture, and forest farming) into our agroecosystems provides adaptable, proven land use options for achieving the 4/1000 goal. 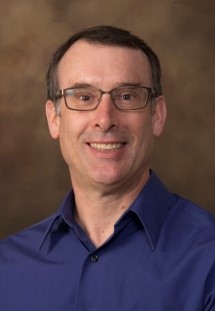 National Laboratory for Agriculture and the Environment