On 12th March 2021, European Commission Vice[1]President Maroš Šefčovič said that 2020 was a defining year for the European Battery Alliance (EBA) and stressed that despite the pandemic, Europe remains a battery hotspot, closing the investment gap to the major competitors in Asia. A staggering thought is that nearly 70 industrial projects are supported by the EBA, predicted to generate 3 to 4 million jobs by 2025.

Vice-President Šefčovič summed up the ambition of the project over the coming years in his own words. “The production of lithium-ion cell batteries has shown the most progress – and by 2025, we are now set to become the second largest battery cell producer in the world, behind China. Moreover, nearly 30 announced projects should largely satisfy the EU demand for batteries driven by e-mobility.” (1)

European Commission Spokesperson for Internal Market, Defence Industry, Space, Education, Youth, Sport and Culture, Sonya Gospodinova, very kindly spoke to Open Access Government to provide further details about the policy area of batteries. Among the many insights given here, we learn why the Commission aims to make Europe a global leader in sustainable battery production and use. How exactly does the EBA set out to develop an innovative, competitive and sustainable battery value chain in Europe? If you want to learn why Vice-President Šefčovič launched the EBA together with EU countries and industry in 2017, then look no further.

To what extent are batteries a strategic part of Europe’s clean & digital transition & a key enabling technology, essential to the automotive sector’s competitiveness? Why does the Commission aim to make Europe a global leader in sustainable battery production & use?

Batteries are at the heart of Europe’s transition to a cleaner and more digital future. They are the key enabling technology for developing low and zero[1]emission mobility and storage. Without this, the European Union will not achieve its goal of climate neutrality for 2050. The importance of batteries is already clearly seen with the dramatic increase in the demand for batteries linked to the increasing shift to e-mobility. In 2020, more than 1 million electric[1]chargeable vehicles were sold in Europe. By the fourth quarter of 2020, nearly one in six passenger cars registered in the EU was an electrically-chargeable vehicle. We expect this demand to continue to rise, especially as all the main automotive manufacturers are investing heavily in electric technology and in developing new ranges of electric vehicles.

However, it is essential that the batteries used in the shift to e-mobility and energy storage are as sustainable as possible. Therefore, the European Commission also adopted, in December last year, a legislative proposal to achieve this. It aims to ensure that only high-quality batteries are placed on the market and that they are produced with low environmental impact, using materials that have been obtained in full respect of social and environmental standards. They must also be long lasting, safe and recycled at the end of their life. Finally, our policy on batteries is about sustainability, but also about competitiveness.

If we want Europe to remain a global centre for automotive innovation and manufacturing, we must embrace, and take a leading role in, technologies such as those relating to batteries to avoid Europe losing its competitiveness in such a strategic area.

How does the EBA aim to develop an innovative, competitive & sustainable battery value chain in Europe?

The European Battery Alliance (EBA) was created to build a globally competitive, innovative and sustainable European battery value chain. The Commission’s approach, in establishing the EBA in 2017, was unusual at the time as it focused on supporting the whole value chain from research to access to raw materials, but also all aspects of battery production, second life of batteries and recycling. In recognition of the fact that battery development and production is capital[1]intensive and requiring very high technological industrial processes, the Commission identified a range of existing and planned EU policies and financing to support six priority areas:

In addition, the approach developed in each area was developed in close partnership with Member States and industry to ensure strong political support and to target support for commercially viable projects. A good example of the success of this combined approach has been the use of the State Aid instrument called Important Projects of Common European Interest (IPCEIs). This instrument is primarily designed to support beyond state-of-the-art research and innovation in areas of strategic importance for the EU.

In 2019, the Commission approved €3.2 billion public support in the framework of the first battery IPCEI involving seventeen companies/organisations from seven Member States (France, Germany, Sweden, Belgium, Finland, Poland and Italy) with a number of projects across the whole value chain. It is expected to unlock a further €5 billion in private investment. On 26th January 2021, the Commission approved a second, larger, battery IPCEI involving 42 companies/organisations from twelve Member States (Austria, Belgium, Croatia, Finland, France, Germany, Greece, Italy, Poland, Slovakia, Spain and Sweden). It will be supported by up to €2.9 billion in State Aid and a further €9 billion is expected in private sector investment.

This is a key element in developing a complete battery eco-system in the EU, which will benefit not only those companies directly involved but the many more companies involved in the supply chain. More information on both these IPCEIs can be found here:

The Commission has also developed a strategic partnership with the European Investment Bank in this area. In 2020, the Bank increased its backing of battery[1]related projects to more than €1 billion in financing, which is the equivalent of financing offered over the last decade.

Finally, an innovative, competitive and sustainable battery value chain in Europe can only be built on the basis of a modern legislative framework that promotes, sustainability as well as competitiveness and innovation.

Why did Vice-President Maros Šefčovič launch the EBA together with EU countries and industry in 2017?

Vice-President Šefčovič recognised that battery technology was going to be key to Europe’s climate goals and, as the then Vice-President in charge of the Energy Union, he was determined to ensure that Europe would play a leading role in this strategic sector. The challenge was that Europe, while strong in some aspects of the technology, such as research, was weak in key areas such as battery cell production where the EU had only a 3% share of the global market.

Therefore, the Commission’s objective was to take urgent action, in partnership with Member States and industry to establish a full value chain of batteries in Europe, with large-scale battery cell production and the circular economy, at the core. This has had considerable success with around 70 significant battery projects being promoted by the EBA and an estimated €60 billion in investment in 2019 alone.

What priorities lie ahead when it comes to building up battery technology & production capacity in the EU, for low[1]emission mobility, energy storage, & Europe’s economic strategy?

On 12 March 2021, the 5th Ministerial EBA Meeting was held under the leadership of Vice-President Šefčovič together with Commissioners Schmit, Breton and Ferreira, as well as the European Investment Bank Vice[1]Presidents Ambroise Fayolle and Thomas Östros and with the participation of Ministers from 14 EU Member States with significant investments in the battery value-chain. At this meeting, it was agreed to aim to have a modern legislative framework in place by 2022. It was also recognised that the key emerging challenges facing this sector are the access to primary and secondary materials, given the lack of production within the EU and the growing global demand for these materials, as well as the shortage of suitably skilled workers.

More information on the discussion and agreed next steps can be found here: European Battery Alliance: Ministerial Meeting on progress and future actions | Internal Market, Industry, Entrepreneurship and SMEs (europa.eu)

The work of the EBA is impressive. Your readers can find more information on the Commission’s EBA website: European Battery Alliance | Internal Market, Industry, Entrepreneurship and SMEs (europa.eu) which contains all the key documents, including the original European Strategic Action Plan on Batteries of 2018 and its follow-up implementation report of 2019.

In terms of the industrial aspects of the EBA, we would recommend looking at the following website: Building a European battery industry – European Battery Alliance (eba250.com) are very informative. It is run on behalf of the Commission, by InnoEnergy. 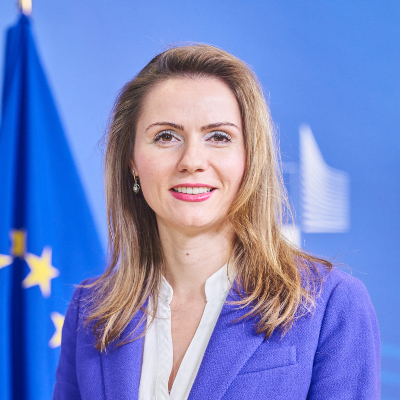