Presenting political history and providing a new, overall narrative of how the Habsburg Empire was replaced by nation states at the end of WWI

The Institute of Political History is an independent research centre with specialised library and archives. Its collections are dedicated to the history of the labour movement, trade unions and Hungarian history since the change of regime. Personal material from the first president of Hungary, Mihály Károlyi and his wife, Katinka Andrássy, from Communist leader János Kádár and his successor Károly Grósz, institutional documentation of the earliest trade unions and the social democratic party until 1944 and a vast amount of electoral campaign material since 1920 (leaflets, placards, campaign newspapers) are among the important treasures in the storerooms. The archives built and hosts a unique database of Hungarian POWs in Russia during WWI and a special collection on Hungarians in the Soviet Union.

Researchers of the Institute work on topics of contemporary history ranging from the history of progressivist movements in the early 20th century through cultural and intellectual transfers during the Cold War to the history of interwar Central and Eastern Europe. The Institute held between 2014 and 2017 an EACEA Europe for Citizens institutional grant for its project on the social history of WWI in Hungary. Since 2018 it is the host institute of the ERC Nepostrans project which is led by director Gábor Egry.

Finally, the publishing house Napvilág covers topics of contemporary history, political history, social theory with its publications. The institute’s peer-reviewed journal is Múltunk (Our Past).

The project’s goal is to provide a new, overall narrative of how the Habsburg Empire was replaced by nation states at the end of WWI and reconsider in the light of its results categories and concepts like state and statehood, local, regional and national, transition and transformation. A novel combination of historical comparison and histoire croisée enables the in-depth analyses of a set of local transitions in diverse regions (agrarian, industrial, commercial, urban, rural, multi-and mono-ethnic, borderland and mainland, litoral) and the combination of these results with the existing literature on other localities.
The team addresses four main themes: state, elites, identities and discourses. The focus is always local, the question is how these societies faced the momentous changes and found their place within empire and nation-state(s). It will look at interactions, cultures and especially rupture and continuity of people, norms, practices, institutional cultures in order to discover patterns of transitions and the social factors influencing them. Besides a typology of transitions, it also aims at gaining a new perspective on empire and nation state from this crucial moment of collapse and state-building.
The project is informed by New Imperial history, the idea of phantom boundaries, everyday ethnicity, integrated urban history. At the methodological level it builds on a symmetrical comparison of the selected cases and on an asymmetrical one with the existing literature, while the object of comparison is the transition that we conceptualize as an “intercrossing”. Through analysing this ‘transformation from below’ and connecting for the first time what has remained scattered both in historiography and in the social representations, the project aims to write a new history of modern Eastern Europe as a common legacy for an integrated European history. 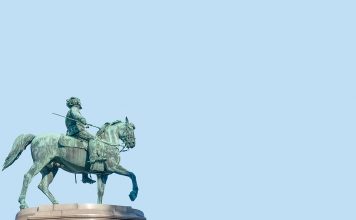 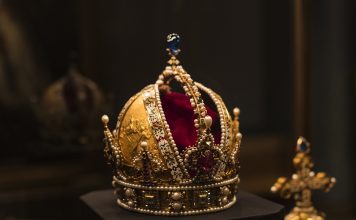 The Habsburg Empire: Is the nation-state national and the empire imperial?