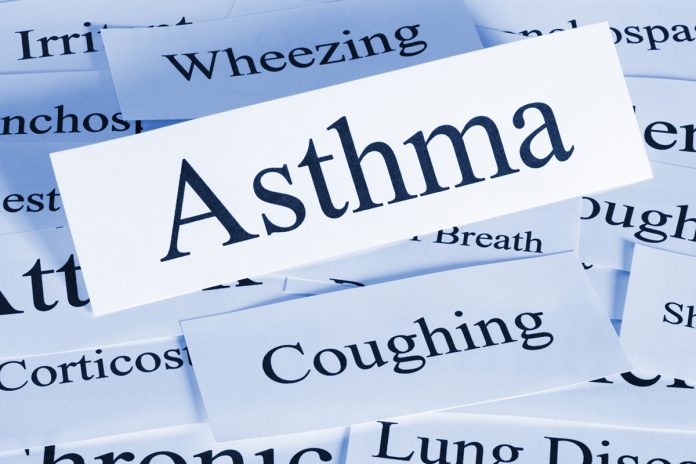 The first obstacle regarding chronic inflammatory lung diseases is the lack of fast and reliable diagnostic methods available. The diagnosis of chronic inflammatory lung diseases relies largely on lung function testing (spirometry), which is based on the measurement of forced vital capacity (FVC) of the lung. FVC determines the maximum amount of air a person can forcefully exhale after taking a deep breath.

The second parameter of lung function is FEV1, which measures the forced expiratory volume in one second. This determines the maximum amount of air, which a person can forcefully exhale in one second. In all chronic inflammatory lung diseases, FEV1 is scored and low values correlate with the severity of the disease. The ratio of FVC and FEV1 can help to distinguish between COPD and pulmonary fibrosis but needs additional tests to confirm the diagnosis. A third parameter is the forced expiratory flow (FEF) which, however, has to be adjusted to age and gender.

Lung function tests can also include bronchial challenge tests, which determine the response of the airways to inhalation of constrictive triggers such as cold air, dry air, drugs (methacholine, histamine, mannitol etc.) or after excessive exercise. Performing the challenge after inhalation of a β2-agonist allows determine the capacity of the airways to relax, which helps the doctor to distinguish asthma from COPD.

All tests have to be performed in triplicate and never can overestimate a parameter, but often underestimate the lung function. The cause of this problem is the fact that all tests largely depend on the collaboration of the patient.

Furthermore, the equipment for performing lung function tests has to be standardised regularly and is subject to mechanical tests, which can vary on a daily basis or the condition of the equipment.

During the past two decades, many investigators and initiatives searched for disease-specific markers which can be detected in either blood, serum, or airway fluids to allow the fast and reliable diagnosis of chronic inflammatory lung diseases. However, neither genomic, proteomic, nor transcriptomic, or other large data analysis studies produced significant new knowledge about such markers. Most studies confirmed well-known pro-inflammatory cytokines or indicated markers for small sub-types of the diseases. This knowledge resulted in the development of so-called “humanized antibodies” targeting specific cytokines including interleukin-3, -4, -5, -13 or GM-CSF (granulocyte macrophage colony stimulating factor). However, these new medications did not yield the expected curative effect and have to be further tested for its benefits in selected patient groups. Only humanized anti-IgE-antibodies seem to have a lasting beneficial effect for allergic asthma and other allergic diseases. However, in regard to diagnostics, there was no new marker or method found that can replace or reduce the above-described lung function tests.

The newest discussion is if the classification of patients according to their response to drugs based on known gene mutations (theratyping) which is a better way to improve therapies. This method requires the knowledge of gene mutations that cause a disease, which does not exist for chronic inflammatory lung diseases. This approach has helped in terms of some specific tumours to improve therapy. In regard to chronic inflammatory lung diseases, none of the candidate genes that were linked to the susceptibility to asthma, COPD or fibrosis have been confirmed and specific drugs that may correct the function of the encoded proteins do not exist. 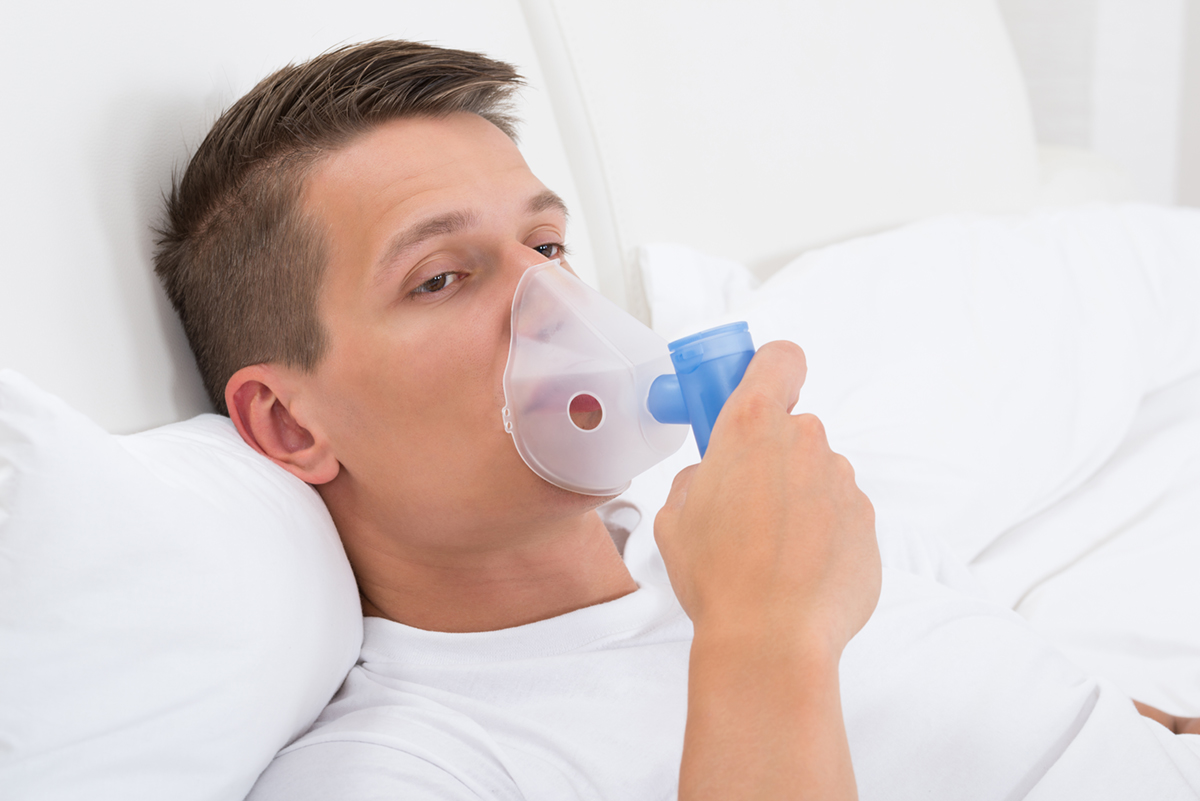 Asthma is characterised by variable airflow limitation including variation in expiratory airflow, which is increased when compared to healthy people and includes re-occuring wheeze, shortness of breath, frequent night cough and chest tightness. Untreated asthma presents with chronic airway inflammation, bronchoconstriction, mucus production, airway hyper-responsiveness, or edema of the bronchial mucosa. Not all these symptoms have to be present and they can vary on a daily basis. The occurrence of these symptoms can be triggered by inhalation of cold, dry or humid air; by allergens, dust, smoke, or after eating allergens with food. In addition, asthma symptoms can occur after psychologic stress, exercise, or sports.

For many patients, asthma is a lifelong burden. Asthma starts in childhood and its severity varies over the lifetime. The European Respiratory Society reported that the prevalence of childhood asthma increased from 0.4% in 1948 to > 20% in 2004 (https://www.erswhitebook.org/chapters/childhood-asthma/).

Asthma reduces the social and economic activities of the patients significantly and its overall effects on life quality and performance are largely underestimated by today’s society. In addition to the patients, the disease also affects the daily life of their families. Asthma occurs in different phenotypes presenting as allergic and non-allergic disease. Clinical investigations further sub-divided asthma according to the type of immune cells that infiltrate the airway tissue. Neutrophils are increased in up to 15% of asthmatics and the activated cells release a specific range of cytokines which stimulate inflammation, assigned neutrophilic asthma. Eosinophil numbers in sputum or lung lining fluids are increased in 6-12% of asthmatics and correlate with a different set of pro-inflammatory cytokines, which increase inflammation.

The identification of asthma sub-types is based on specific staining procedures of isolated immune cells obtained from the patient during a hospital visit. The result of such diagnoses can vary between laboratories and may also be affected by seasons, furthermore, a standardisation of such results is difficult to achieve.

Measurements of biological markers that circulate in the blood or are present in exhaled breath condensates (interleukins, cytokines, growth factors) have to be determined repeatedly and there are no guidelines for thresholds above which a specific cytokine is considered “highly” expressed. Thus, these methods need control samples, which are also not standardised.

Besides the above-described lung function tests and inflammation markers, the diagnosis of asthma involves detailed information about the patient’s history, which includes family history, other diseases (specifically, allergies), working conditions and hobbies (sports, pets and plants).

Often termed “smoker’s lung”, COPD is a progressive deadly disease which manifests first in the lung before it affects the function of other organs including the heart and blood vessels. Different from asthma, COPD is diagnosed at an age over 45 and with a history of tobacco smoking. Tobacco smoking is the major cause of COPD, but new studies indicated that 30% of COPD patients never smoked. The analysis of these patient’s history revealed that frequent exposure to organic and fine dust could initiate COPD, as well as tobacco smoke.

COPD is characterised by a chronic cough or mucus production, wheezing, chest tightness and shortness of breath after physical activities. All symptoms are shared with asthma and, therefore, the diagnosis needs a spirometric evaluation of lung function and of oxygen supply to the blood. The lung function test for COPD can include lung volume, diffusing capacity and pulse oximetry. In order to distinguish COPD from asthma, it is necessary to perform several tests including if airflow obstruction is fixed or partly reversible, the ratio of eosinophils/neutrophils in sputum and bronchoalveolar lavage, the exchange of oxygen and carbon monoxide as well as the amount of nitric oxide in exhaled breath as a measure of active inflammation.

Furthermore, the reversibility of challenged airway constriction in the presence of bronchodilators and steroids, high-resolution computed tomography and x-ray or CT-scan for detection of emphysema can help the doctor to distinguish asthma from COPD. In addition to these lung function tests, a detailed analysis of the patient’s history is needed.

Regarding the many efforts to find molecular markers for the diagnosis of COPD, none of the multiple studies has provided any useful tool. All the suggested markers such as pro-inflammatory cytokines of the Th1/Th2-type are up-regulated by other inflammatory diseases as well and do not allow to diagnose COPD or asthma specifically. Moreover, while the level of these markers in blood serum, sputum or airway fluids allow distinguishing a group of patients from healthy people, the large variability does not allow to use them as an indicator for a single patient.

Another chronic inflammatory disease is pulmonary fibrosis, which affects mainly people aged over 50 years. Symptoms include shortness of breath, dry cough, lack of energy, weight loss and aching muscles. The cause(s) of pulmonary fibrosis is unclear. There is no cure for pulmonary fibrosis and the therapeutic options are very limited. The available drugs applied to pulmonary fibrosis extend the lifespan for some time but has severe side effects on the liver function.

The diagnosis of the disease includes spirometry, lung tissue biopsies, x-ray CT-scan. None of the studies indicated any disease-specific protein or factor that can be used to diagnose

The diagnosis of chronic inflammatory lung diseases largely relies on lung function tests using mechanical equipment to measure airflow and breathing capacity. The diagnosis is based on the patient’s collaboration and the experience of the examining doctor. X-rays, CT-scans and other laboratory parameters can help to differentiate chronic inflammatory lung diseases from each other, but none of the tests can provide a certain diagnosis. In clinical practice, the diagnosis of many patients has to be corrected with time, according to repeated monitoring results. In consequence, the therapy has to be adjusted. Without better diagnostic methods and tools, the goal to achieve personalised therapy will not be achieved in the near future.

To solve the problem, firstly, politicians and society have to recognise the great impact of chronic inflammatory lung diseases for society. Secondly, the funding to develop new diagnostic methods has to be provided and must come from unbiased organisations. Thirdly, researchers have to take a step back and try new ideas. In order to develop better diagnostic methods and find new therapies, it may be even necessary to re-investigate the pathogenesis of chronic inflammatory lung diseases.