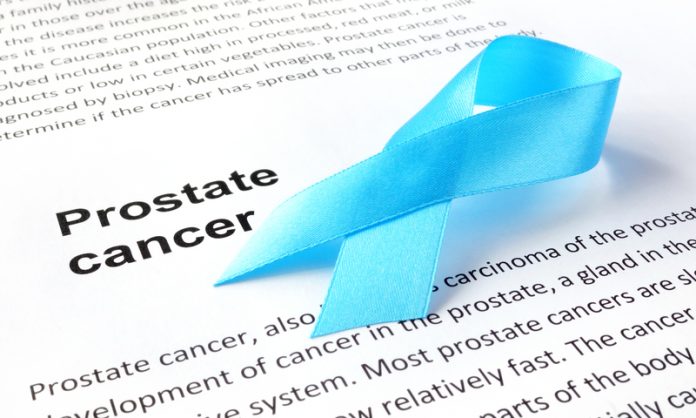 The prostate is an unusual part of a man’s body. It continues to grow as we get older. “Ounce for an ounce or gramme for gramme, the prostate gland is the most troublesome piece of tissue in a man’s body”. These apt words of my friend, Prof Louis Denis, an eminent Belgian urologist and a prostate cancer survivor, sum up why prostate-related matters tend to loom large in the lives of men of a certain age.

Prostate problems affect nearly every man at some point in his life – whether it is the problems associated with an enlarged prostate which can have a really striking effect on a man’s quality of life – or an infection of the prostate (prostatitis), which should be treated quickly and medically. Then, of course, there is the big bad bogie-man – prostate cancer.

But all is not what it seems. Most prostate cancer tumours can be spotted early given recent developments in MRI. Most tumours are low-risk and don’t need active treatment. The known side-effects of radical treatment, in terms of quality of life, must be set against the possibility of an apparently low-risk tumour becoming a high-risk tumour. Increasingly, men in the low-risk category are being advised to consider active surveillance as a valid treatment option. But, it must be admitted that it’s a bit of a puzzle for men to get a cancer diagnosis to be told: ‘perhaps the best treatment is no treatment at all’.

There is now widespread acceptance among clinicians that there was abuse (they prefer to say overuse) in the use of the PSA test over the past 20 years. The radical treatment of men by surgery or radiotherapy after a prostate cancer diagnosis of low-risk cancer has subjected many men to unnecessary incontinence and sexual dysfunction (impotence), when they could have possibly avoided these conditions entirely. In those cases where a tumour does eventually progress and enter a more aggressive phase, the egregious side-effects may have been postponed for many years. This postponement now enables men to access much better surgical and radiological treatments with lesser side-effects than before. These are the lucky guys. Others, however, are not so fortunate. They had high riskprostate cancer from the get-go. They may have had a family history of prostate cancer, they may be African-American or Afro-Caribbean, they may just be unlucky. Treatments for this cohort of men are not as successful as for the majority. Only 12-14% percent of men are diagnosed with prostate cancer. Only 3% of men die from prostate cancer.

Aggressive or high-risk prostate cancers are often killers. Men with high-risk cancer may be advised to contain their cancer with androgen deprivation therapy (ADT). This starves the prostate cancer cells of their favourite nourishment – testosterone. While effective for a time it is far from a cure. Most men on ADT will become resistant at some point. In recent years the second line ADT treatments such as Enzalutamide, Abiraterone, Radium 223-dichloride have been deployed. But these are not a cure, they are life-extending treatments and they are very, very expensive.

In February 2018, the US FDA approved the first drug to be shown to be efficacious for non-metastatic castrate-resistant prostate cancer – its medical name is Apalutamide and its brand name is Erleada. This treatment is for men who have been on ADT for some time but whose PSA starts to rise. Despite scans and tests, the doctors cannot tell where the cancer has moved to. The tumour is too small to be detected but it is pumping out more prostate-specific antigen. Erleada is still not a cure. It postpones the spread (metastases) of the cancer for an average of two years.

Now two extra years or more when you are in your seventies or eighties is not be sneezed at.

There are a few things to be said about the current state of play with prostate cancer. Prostate patients are now much better informed and becoming more articulate about their disease. In keeping with the growing empowerment of patients, they are also training as patient advocates. Prostate patient organisations are developing at a national and international level. My own organisation – The European Prostate Cancer Coalition – Europa Uomo is 15 years old this year. We are behind our womenfolk, however, who have organised and lobbied for services for the early diagnosis and treatment of breast cancer.

We men have a long way to go. Prostate cancer in some countries is just not talked about, not by men, not by public health policymakers. Invariably, this is accompanied by a late presentation and high mortality rate. Europa Uomo has recently been putting a lot of resources in terms of developing prostate patient organisations in Eastern Europe in the hope of raising awareness and achieving better diagnosis and treatment. We have appointed a patient officer – based in Warsaw – to help us build our organisation and message in that part of Europe.

We know researchers and clinicians will find a truly reliable, inexpensive, non-invasive biomarker test which will allow for the early diagnosis of prostate cancer. We must also find a way of reliably sorting the indolent from the threatening tumours. We must continually seek to build awareness about prostate cancer. We must continue to build capacity with our member organisations, to train members, to participate at a national level in every way that they can.

As a European-wide voice of prostate cancer patients, our Coalition must participate effectively in the work of the European Medicines Agency, in various European Commission and Parliament initiatives and in partnership with other European cancer patient groups and professional organisation. As former Vice-President Joe Biden said at the Human Proteomics Congress in Dublin last September, clinicians and patients must emerge from their silos and learn to work together. Patient organisations must do likewise.

While the massive longitudinal studies, like the ERSPC (1), continue to provide very useful information, the clinicians and the health policy decision makers still oppose systematic population screening. They have good reasons for doing so, but their patients are increasingly sceptical. The scene on the ground is chaotic with widespread opportunistic screening. Overtreatment continues to blight mens’ lives. The researchers will have to find a treatment for advanced prostate cancer that does not give just a couple of years, but which will provide a lasting protection against cancer progression. Our Coalition aims that no man should die of prostate cancer. The recent advances in genomics, proteomics and other fields offer the prospect that such an aspiration is not merely a pipe dream.