A research centre of excellence, The Center for Theoretical Studies of Physical Systems was established in 1991 by a multi-million dollar grant through the NSF CREST program, although the centre has received funding from other federal and state agencies, and the private sector. Research at the CTSPS is conducted through a dynamic clustering of researchers in the areas of atomic and molecular theory, condensed matter, mathematical physics/applied mathematics, and wavelet analysis and multidimensional signal processing. Some of the strengths of this centre include simulation and modelling, low-energy scattering theory, condensed matter theory, image processing, and mathematical physics. Access to the Pittsburgh, Queen’s University of Belfast, UK and DOE funded National Energy Research Scientific Computing Center (NERSC) supercomputers as well as its own CRAY-J90, acquired through ONR funding, allowed CTSPS to quickly become highly competitive in research.

CTSPS has extensive research partnerships and collaborations to conduct cutting edge fundamental and applied research at CAU, and has established a mechanism to educate and produce African-American M.S. and Ph.D. students in STEM fields. High school minority students and teachers have been impacted by the outreach activities of CTSPS such as Peer Tutorial, Summer Research Apprenticeship and Summer Transportation Institute programs.  Several CSTPS graduate students have completed Ph.D.s at major research universities such as Rice University, Georgia Tech, University of Michigan and University of Maryland. CSTPS collaborates extensively nationally and internationally with premier research institutions such as Harvard University, University of California-Berkeley, MIT, Stanford, University of Benin, ICTP (Italy), the African Laser Centre (Pretoria), and iThemba Labs (South Africa). CSTPS is an active member of the African Laser Centre which is a virtual centre of excellence and one of the strongest combinations of human and physical infrastructure for science in Africa that links scientists and laser facilities in six African nations. In addition, CSTPS attracts noteworthy visiting scientists and graduate students globally to strengthen and impact its diverse research capability, and further strengthen these partnerships.

Immediately after its creation, CTSPS collaborated with Lawrence Livermore National Laboratory and co-sponsored the Electron-Ion International Workshop, with Morehouse College as host and IBM, ONR and Coca Cola as sponsors. The Seminar on Partial Differential Equations with Applications in Geometry and Physics was organized in Porto-Novo, Benin and co-sponsored by CTSPS, ICTP (Italy) and Institut de Mathematiques et de Sciences Physiques (IMSP, Benin). Subsequently, CTSPS co-sponsored with the Institute for Theoretical Atomic and Molecular Physics (ITAMP) at Harvard, the Catholic University of Louvain, Belgium and French Institutions, the “Wavelets and Applications in Physics and Astrophysics” Workshop at Harvard to promote strong interactions between CTSPS and ITAMP.  This strongly enhanced wavelets capability at CAU and enabled CTSPS to participate in the ARL Consolidated Fed Labs on Advanced Sensors (with Georgia Tech, MIT, Stanford, Maryland, Erin, Martin-Lockheed, etc.), leading to the recruitment of excellent researchers and generation of millions of research dollars.

The research strength gained through these collaborations/partnerships allowed CTSPS to focus resources on Africa to impact research and human resource development.  To this end, CTSPS collaborated with UC Berkeley, University of Abomey-Calavi, Benin and Catholic University of Louvain and institutionalized in Benin the International Workshop on Contemporary Problems in Mathematical Physics (COPROMAPH).  COPROMAPH is held in Benin every other year and CTSPS was a co-sponsor and co-organizer. These achievements enhanced the international/national visibility of CAU and brought many international researchers to prosecute research at CAU.  To celebrate Einstein’s miraculous years, CTSPS exploited the opportunity and collaborated with CalTech, the African Laser Centre (ALC), CSIR (Pretoria) and The South African Institute of Physics and co-organized with NSF and ALC funding the First US-Africa Advanced Studies Institute on Photon Interactions with Atoms and Molecules in Durban. The main aim of the Institute, which brought outstanding U.S. and European researchers, was to explore areas of common interest and initiate collaborative research between U.S. scientists and their African colleagues in the field.  The Institute was followed by the First US-Africa Workshop on Nanosciences and the EBASI Conference in Cape Town, January, 2007, to impact NANOAFNET, whose main aims are to exploit nanosciences to accomplish cost-effective and easy implementation of nanotechnologies compatible with the African landscape needs.  These were followed appropriately by the Summer School on Nanosciences, at iThemba Labs (Cape Town), bringing from the U.S. such experts as Professor Uzi Landman of Georgia Tech and others. Thus, a synergy of research interests was identified and exploited to the benefit of the student participants.  As planned in Durban and confirmed in Cape Town, CTSPS with MIT, NILES (Egypt) and the ALC co-organized the Environmental and Biological Applications of Lasers (EBAL) Institute in Egypt, 2008. These Conferences/Workshops were also funded by NSF and the ALC and involved the strong participation of U.S. and African professors, graduate students, postdocs and scientists.

More recently, CTSPS has expanded its collaborations and partnerships through the participation in the

International Laboratory “Fermion Condensation” (web site http://fc.komisc.ru).  It includes such institutions as Ioffe Institute (St. Petersburg), Washington University, Hebrew University of Jerusalem, University of Opole, etc.  The goal of this Laboratory is to promote the theory based on Fermion Condensation Quantum Phase Transition as the versatile tool for research in the field of strongly correlated Fermi systems.  This collaboration and with iThemba Labs (Cape Town), University of Manchester, UK etc. has led to the theoretical understanding of negative ion formation in complex heavy systems for the first time, the subject of our DOE funded research. The seminal paper on this breakthrough was presented at the 2018 NANOSMAT-AFRICA Conference in Cape Town. 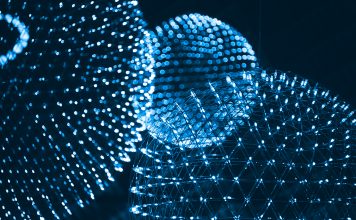 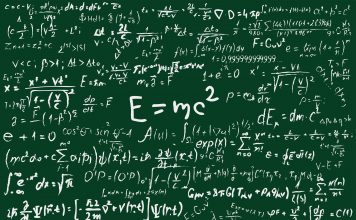